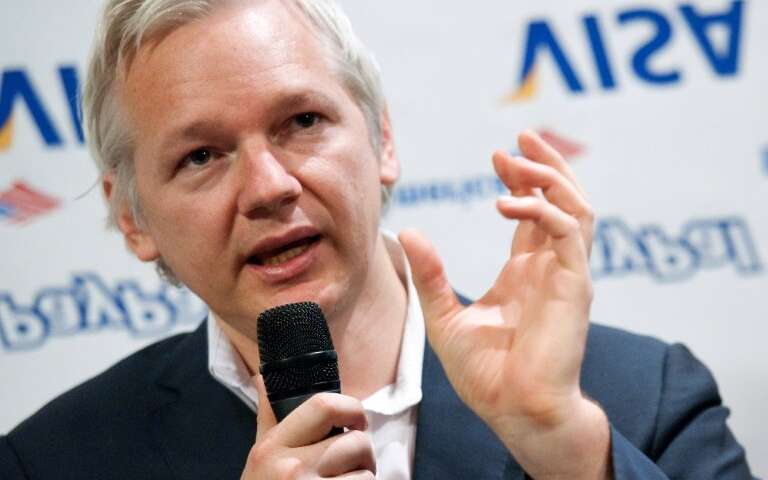 Assange’s arrest in London Thursday on a US extradition request to face charges of computer crimes could spell the end of 13-year-old WikiLeaks. But his legacy will live long in the world’s media.

In 2006 he built an online platform that offered an anonymous, encrypted path to leak computerized files without fear of exposure.

Skilled at hacking and cryptography — and motivated by a deep distrust of traditional institutions — Australia-born Assange took a cypherpunk’s libertarian streak to the challenge of government secrecy. In 2006 he built an online platform that offered an anonymous, encrypted path to leak computerized files without fear of exposure.

Leaks have forever been crucial currency in journalism. But no one had before created a convenient, relatively easy-to-use electronic drop box that could almost instantly, with absolute secrecy, take delivery of gigabytes of documents. And he did it at a ripe time, as the connected world emerged and social media took off.

For Assange, it was the democratization of powers that had before belonged to governments alone. “Cryptography was then the exclusive property of states,” he wrote in 2013. “By writing our own software and disseminating it far and wide we liberated cryptography, democratized it and spread it through the frontiers of the new internet.”

WikiLeaks’ first release in December 2006 was an apparent assassination order by a Somali rebel leader that may or may not have been authentic. But it drew attention. Over the next year, WikiLeaks obtained documents baring the Kenyan leader’s corruption, the secret operating rules for the US Guantanamo Bay prison camp, and offshore banking records from a Swiss bank.

In 2010 US army intelligence official Chelsea Manning — a transgender woman then known as Bradley — began secretly feeding hundreds of thousands of classified files to WikiLeaks. They showed possible war crimes by US forces in Iraq and Afghanistan, including a never-before-seen video of a US helicopter attack in Iraq that killed 18 people, including civilians and two Reuters journalists.

WikiLeaks’ first release in December 2006 was an apparent assassination order by a Somali rebel leader that may or may not have been authentic.

The stunning leak could not have been carried out in the old days of faxes and printers and it put WikiLeaks into the mainstream. Assange partnered with The New York Times, The Guardian, Der Spiegel, and others to help sort through and make sense of the Manning material.

WikiLeaks won awards and Assange was put on the cover of Time magazine. “What WikiLeaks demonstrated was the potential for a stateless transparency organization to get around the ability of the most powerful governments in the world to suppress information,” said Micah Sifry, author of a 2011 book on WikiLeaks.

Almost as soon as he hit that peak, Assange’s star began to fade. Political pressure to counter WikiLeaks was huge. A multi-country effort got major credit card and payment firms to cut WikiLeaks’ financial lifeline of donations.

And he began to fall out with collaborators, a victim of his domineering personality that made WikiLeaks a one-man show, and his insistence that leaked material be published unedited, including that information that could harm people — soldiers in the field, human rights activists and others.

But by 2012 others were already adopting his model of setting up encrypted, anonymous paths for leakers to hand over documents. WikiLeaks copycat sites opened in different countries. Journalists became trained in the use of encryption and secret file transfers.

Assange partnered with The New York Times, The Guardian, Der Spiegel, and others to help sort through and make sense of the Manning material.

“Exposing the secrets of the US government was a powerful signal that nobody could keep information under control in the internet age,” said Sifry. US whistleblower Edward Snowden did not deliver his trove of hundreds of thousands of top-secret intelligence and military documents to a media drop-box in 2013.

But he used encrypted communications that Assange helped popularize to communicate with the journalists he collaborated with. In 2013 the Freedom of the Press Foundation, which had aided WikiLeaks with financing, developed a new anonymous drop box free for anyone to use: SecureDrop.

The New Yorker, an early adopter, explained its value to leakers: “As it’s set up, even we won’t be able to figure out where files sent to us come from. If anyone asks us, we won’t be able to tell them.” SecureDrop is important to the most successful WikiLeaks-like operation, the International Consortium of Investigative Journalists.

In recent years it has obtained from leakers millions of financial account files detailing money laundering and tax avoidance from offshore banking centers — the “Panama Papers” and “Paradise Papers.” The top of the ICIJ’s web page offers links to SecureDrop and other encrypted tools for sharing information.

And it has one simple invitation for its users: “Leak to us.”