Will the bureaucracy behave? – Farid A Malik 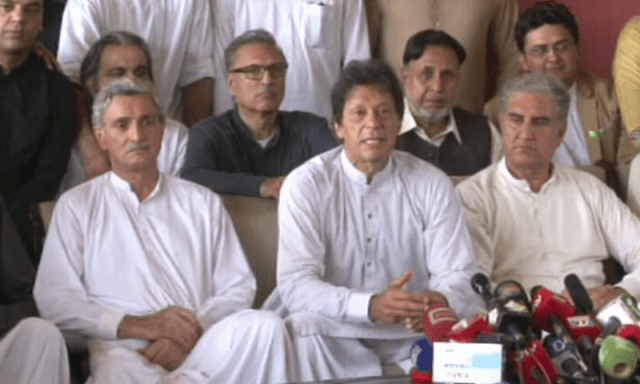 On Sept 14, 2018, Prime Minister (PM) Imran Khan addressed the bureaucracy in Islamabad. For their support in implementing his reforms agenda, he pledged protection. According to Kaptaan, till the decade of the sixties, the bureaucrats performed well. The decline has to be reversed. Kaptaan is the 22nd PM of the country, I am sure the 21 before him tried the same approach. As Chairman Pakistan Science Foundation (PSF) I had the experience of listening to the 17th PM Shaukat Aziz. He took an oath of office on August 20, 2014, soon after he invited all Grade 21 & 22 officers to the PM Secretariat.

He talked about the need for change which was then followed by a Q & A session. Tasneem Noorani who was then the Federal Secretary for commerce was the first to comment. He advised the PM to address the going officers as it was too late for him as he was about to retire. Then it was my turn. I asked the PM that Islamabad is in control of ‘mafia’ would he be willing to take them on to push change? He kept quiet. His silence in coming up with a vague answer said it all.

Unfortunately, our bureaucrats are not moving the files in best national interests. In the words of a Khaki friend bureaucrats have the ability but no will to deliver, we have the will but lack the capability to do paperwork.

Perhaps Zulfiqar Ali Bhutto (ZAB) the 9th PM was the last real head of government who could do file work. He asked questions on the file which had to be answered. Files were kept moving. Every file that went to the PM House was returned within 24 hours. After him, they were never returned as Zia believed in status-quo, for him no decision was the best strategy to survive. Once he was gone, there were rooms full of files that were retrieved from the dictator’s secretariat.

Bureaucracy is defined as the art of making the possible, impossible and our bureaucrats have lived to this definition. Our colonial bureaucracy was never designed to serve yet it performed reasonably well in the formative years of the country. There was a sense of direction and contribution. Corruption was largely contained. At the time of partition corrupt departments were: Controller Military Accounts (CMA), Maintenance and Engineering Services (MES), Cantonment Boards and on the civilian side, it was mainly Police and revenue departments. Bureaucracy attached to the Khakis has always been corrupt as the men in uniform are not trained to handle them.

There have been few attempts at reforming the bureaucracy, Justice A. R. Cornelius Commission was the most significant one. Unfortunately, the bureaucrats sabotaged the reform recommendations. In the UK, Justice Fullerton adopted the major findings to reform the bureaucracy. Perhaps the Cornelius report can be revisited and updated for implementation; it is better late than never. Then the government of ZAB introduced major reforms together with a new employment structure that we have today.

All promotions in Grade 21 and 22 were done by the PM himself. ZAB also inducted technocrats to head several technical ministries for which the bureaucrats were not equipped. There was a separate Board of Management (BOM) for public sector industries which was also manned by professionals. Zia brought back the “Baboos” and the entire structure of governance collapsed. Then started the Sharif era where everything was fair, as money was to be made through commissions and kickbacks. Rules, regulations and SOP’s were overruled for personal gains.

The career path for bureaucrats should end at Grade 20 beyond which there should be open merit to bring in the best available minds either within the bureaucracy or through lateral entry to deliver good governance which has been missing since the eighties.

The bureaucrats become personal serfs of the rulers. Public records were set ablaze while the officers helplessly watched. Criminals were inducted into law enforcement agencies. While the Khakis had knowledge of this destruction of civilian institutions they focused on preserving their own. Justice Sajjad Ali Shah tried but the goons of PML-N attacked the Supreme Court. As COAS General Jehangir Karamat did not come to their rescue.

Today the bureaucracy in Pakistan is irrelevant, out-dated, corrupt and in ‘mafia’ control. Even office hours are not kept. During my stay in Islamabad, I received a phone call from the Australian Ambassador. She came to my office looking worried and asked, “Who is running this country. No one picks up the telephone in the Presidents and PM house before 11 am’. She was rightly concerned no one is serious in Islamabad. During my period (2002 – 2005) perhaps only three people arrived on time (Dr. Atta-ur-Rehman, Dr. Akram Sheikh, Dr. Farid Malik). With all my efforts I managed to get all the employees on the job by 9 am, still an hour late.

Read more: Zulfi Bhutto: The man and his legend lives on

Accountability by NAB slows down the work and is mostly counterproductive. The PM also talked about it. Most departments do not have SOPs (Standard Operating Procedures). There is no transparency; files are kept in protective custody enabling the bureaucrats to hide behind them. In Punjab, a system of Citizen’s Desk was proposed where complaints could be handled on the spot. In the 1972 interim constitution ‘Accountability Courts’ were proposed within the Executive for expeditious disposal of cases but in the 1973 version judiciary was tasked for this purpose; which meant delays and limited relief.

A few years back I was invited for a lecture at the Civil Services Academy. To tone me down the Director asked me an interesting question; “In our society all most everyone is corrupt then why do you only target the bureaucracy?” He was not happy with my answer, “The one who holds the pen and decides the tone of the files has a major responsibility to deliver.” Unfortunately, our bureaucrats are not moving the files in best national interests. In the words of a Khaki friend bureaucrats have the ability but no will to deliver, we have the will but lack the capability to do paperwork.

It is time to break the lock jam by bringing in the technocrats in senior positions. Promotions/appointments in Grade 21 & 22 should be forwarded to the PM through the Public Service Commission through open merit who should then select one of them. This was ZAB’s vision when the 1973 constitution was drafted. Technocrats have replaced the know all and deliver nothing bureaucrats all over the world. The career path for bureaucrats should end at Grade 20 beyond which there should be open merit to bring in the best available minds either within the bureaucracy or through lateral entry to deliver good governance which has been missing since the eighties.

Will Ranbir Kapoor and Alia Bhatt tie the knot in 2021?