Women are on the rise in Europe and it seems that patriarchal hold on the world is finally crumbling. Strong and stable governments being led by Iron Women like Angela Merkel and Jacinda Arden are a testament to the fact that women are leaders. Read into this article to find a list of women leaders across Europe. 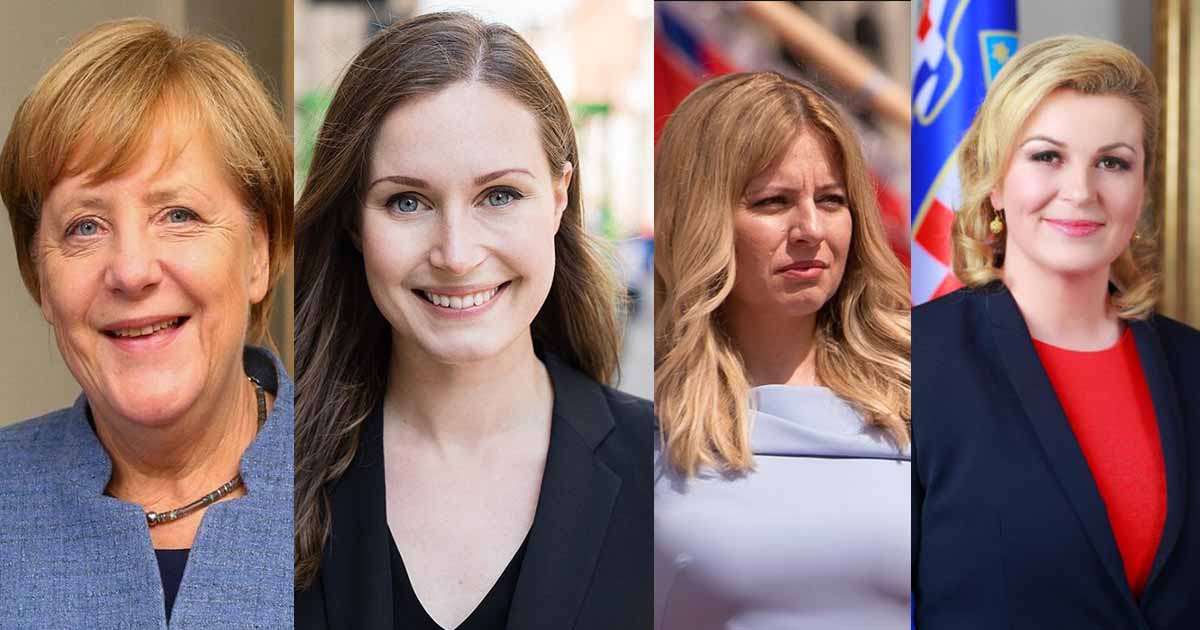 Senior Greek judge Ekaterini Sakellaropoulou will join a small group of women leading European Union countries when she is confirmed as president Wednesday. Women are on the rise in Europe and it seems that patriarchal hold on the world is finally crumbling.

Once her nomination is approved by parliament, Sakellaropoulou, 63, will be the first woman in Greece to hold the largely ceremonial post.

Strong and stable governments being led by Iron Women like Angela Merkel and Jacinda Arden are a testament to the fact that women are leaders.

Angela Merkel became Germany’s first woman chancellor when she was elected in 2005 and has led Europe’s biggest economy ever since, winning a fourth four-year term in March 2018.

She was, however, weakened in legislative elections in 2017 when her conservative CDU/CSU bloc registered a historically low score. It took five months to form a coalition government.

The FT sat down for an exclusive chat with Angela Merkel, chancellor of Germany, to discuss the future of the EU post-Brexit, the relationship between Germany and the US, and her own legacy. https://t.co/RbmZySjMrX pic.twitter.com/BGdoWCGmfE— Financial Times (@FinancialTimes) January 15, 2020

Merkel, 65, has been named “the world’s most powerful woman” several times by Forbes magazine. She will step down in 2021.

The linguistically-divided kingdom does not, however, have a fully functioning government. The last coalition collapsed in December 2018 and negotiations on a new executive have stalled.

CROATIA: Conservative Kolinda Grabar-Kitarovic, 51, was elected president in January 2015, the first woman in Croatia to hold the largely ceremonial position.

But she hands over on February 18 to social democrat Zoran Milanovic, who won January elections.

Denmark’s first woman prime minister was Helle Thorning-Schmidt, also from the Social Democrats, who served from 2011 to 2015.

FINLAND: Social Democrat Sanna Marin in December 2019 became, at the age of 34, the youngest sitting prime minister in the world — at least until January 2020. That was when Austria’s Sebastian Kurz was sworn in at the age of 33 for a second term as head of government.

Sanna Marin just became prime minister of Finland. At 34, she is the world's youngest sitting prime minister and will lead a coalition government 100% headed by women. pic.twitter.com/UbiTpoB2uk

Britain to present ‘final’ Brexit offer or leave without deal

BBC’s relevance at risk as Youngsters turn away