World leaders in Israel to recall horrors of Auschwitz

Israel hosts dozens of world leaders Thursday to mark 75 years since the liberation of Auschwitz, the World War II death camp where the Nazis killed more than 1.1 million people, most of them Jews. 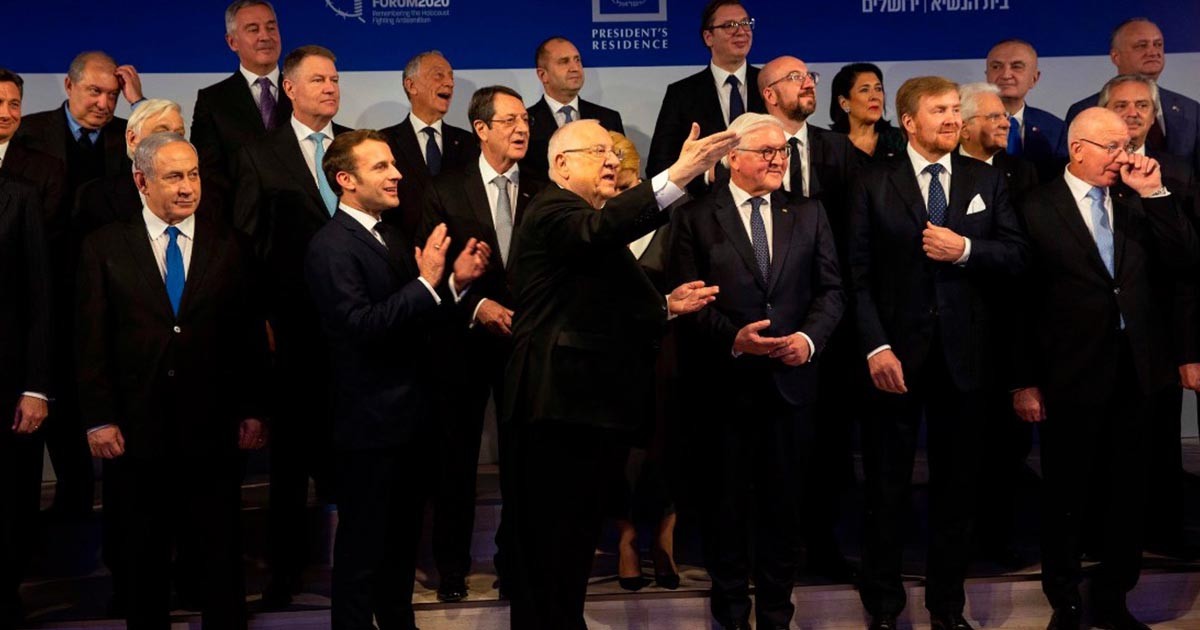 Israel hosts dozens of world leaders Thursday to mark 75 years since the liberation of Auschwitz, the World War II death camp where the Nazis killed more than 1.1 million people, most of them Jews.

The presidents of Russia, France and Germany, US Vice President Mike Pence and Britain’s Prince Charles will address the sombre event at the Yad Vashem Holocaust memorial centre in Jerusalem.

Guarded by more than 10,000 police, one third of the Jewish state’s national force, the meeting of over 40 presidents, premiers and monarchs is the biggest international gathering ever held in Israel.

22 January 1903 | Czech Jew Walter Schwarz was born in Prague. On 10 December 1941 he was imprisoned in Theresienstadt Ghetto and on 28 October 1944 he was deported to #Auschwitz. He was murdered in a gas chamber at the age of 41. pic.twitter.com/XnaCIqAVCq

Alongside the host, Israeli Prime Minister Benjamin Netanyahu, the leaders will warn against a resurgence of anti-Semitism in speeches at the memorial site for the six million Jews that Nazi Germany killed in gas chambers, ghettos and forced labour camps.

The ceremonies, which will also bring the kings of Spain, Belgium and the Netherlands to Jerusalem, move on next Monday to the site in Poland of the Auschwitz camp that was liberated by the Soviet Red Army on January 27, 1945.

While the focus in Jerusalem will be on the Holocaust and its haunting legacy, modern politics have impacted the event, held at a time of soaring US-Iranian tensions and ahead of Israel’s March elections.

Netanyahu this week drew a direct link between the Nazis’ “Final Solution” to exterminate Europe’s Jews and the threat that Israel says it faces from its arch-foe, the Islamic Republic of Iran.

While in the Nazi death camps, he said, “a third of the Jewish people went up in flames”, today “Iran openly declares every day that it wants to wipe Israel off the face of the earth”.

“I think the lesson of Auschwitz is: one, stop bad things when they’re small. And Iran is a very bad thing, it’s not that small, but it could get a lot bigger with nuclear weapons.”

Netanyahu enjoys strong backing from US President Donald Trump, who in 2018 pulled out of the Iran nuclear deal, has heaped pressure on Tehran and ordered the targeted killing of a top Iranian general on January 3.

In his talks with Pence, Netanyahu was expected to seek reaffirmation of Washington’s support for Israeli settlement policy in the Palestinian occupied territories and on other contentious issues.

The most powerful player in Jerusalem will be Putin, a key actor in the Middle East since his forces, along with Iranian fighters, started backing Syrian President Bashar al-Assad in 2015.

The commemorations were organised by Moshe Kantor, a billionaire close to the Kremlin who is also a prominent figure in Russia’s Jewish community and the president of the European Jewish Congress.

Putin, who is travelling with his Foreign Minister Sergei Lavrov, will give a key speech, but Poland’s President Andrzej Duda is staying away after being denied the right to address the event.

Relations between Moscow and Warsaw, its Cold War-era satellite, have been strained since Russia annexed Ukraine’s Crimea peninsula in 2014, and have deteriorated further in disagreements over history.

Last month, Putin provoked an outcry after he made the false claim that Poland had colluded with Adolf Hitler and contributed to the outbreak of World War II.

Poland, which sees Moscow as rewriting history and ignoring its own 1939 non-aggression pact with Hitler, has urged Putin “not to use the memory of the victims of the Holocaust for political games”.

While in Jerusalem, Putin will inaugurate a monument to honour victims of the Nazis’ siege of Leningrad, now Saint Petersburg, that left hundreds of thousands of people dead, including an estimated 70,000 Jewish soldiers.

For Israel, the historical mega-event comes at a time of political paralysis, when voters face the third national election in less than a year on March 2.

A 10-year high in global defense expenditure in 2019

Whither the Arab and the Muslim world?