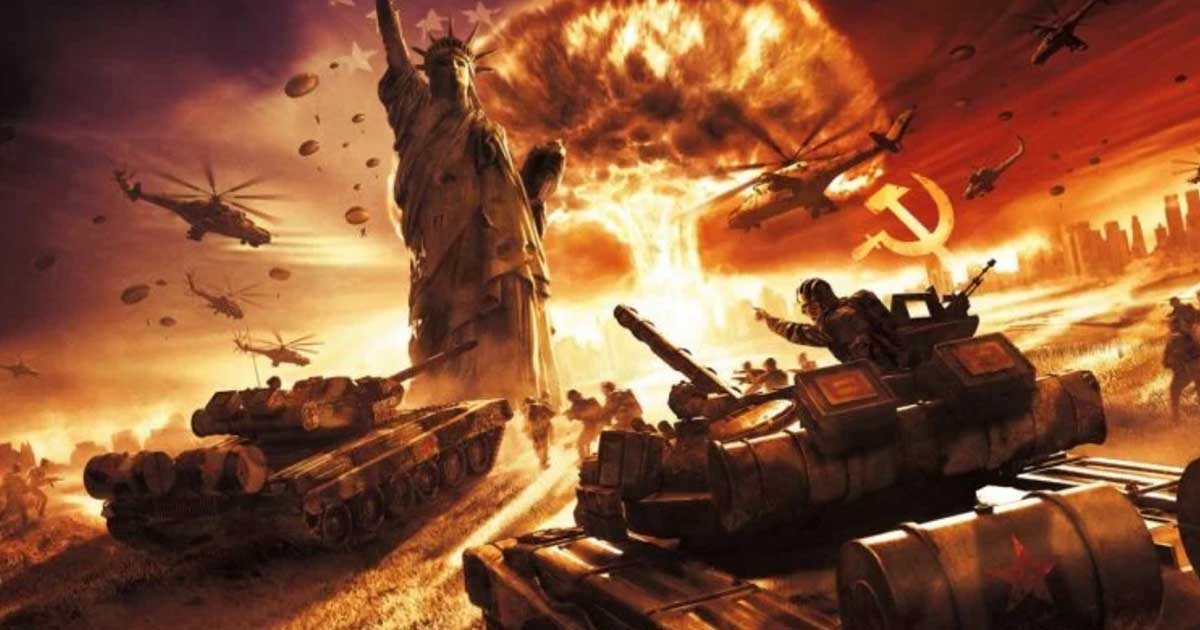 Polemics concerning the probable occurrence of a third world war, nowadays, form the major part of many a political and academic discourse. According to luminaries of strategic and war affairs, the prevailing global conflicts involving major world powers may snowball into a full-scale war at any point of time. This very development would eventually lead to the beginning of the third world war.

Here the question arises, who may be the potential initiators and what may be the circumstances that would result in this potentially upcoming global war. This piece is aimed at addressing such questions and providing the readers with a factual analysis of the possible forthcoming events leading to world war III.

Given the current global crisis as well as US chronicle, America can safely be dubbed as number one among the possible initiators of world war 3. Chronological record shows that whenever there is a conflict, anywhere in the world; nine times out of ten, it is the US, who is involved in some capacity. It has a long history of engineering coups, toppling regimes and baking military juntas all around the world.

In addition, In order to exercise its domineering influence, it maintains hundreds of military basis in numerous countries. This policy of world policing and constant warfare could easily escalate into a global conflict. Modern geopolitics is the delicate balance of power and in many ways similar to a game of chess; the peace is moved quickly and the powers can quickly rise and fall, the fact of the matter is that the more conflict the US instigates, the more likely it is that it would be responsible for third world war.

Could China’s Fight for Territory Lead towards the Biggest War our World has Ever Seen?

China, another economic and military giant, globally, may create circumstances leading to WWIII. Many of those who are following its expansionist movement in the South China Sea remain absolutely certain that if any time, the third world war starts, China could certainly be the cause of it. Chinese policy of extending territorial claims on foreign territories, as well as its artificial island program, has brought China into direct conflict with Vietnam, South Korea, Philippines and Japan.

And because of the heightened tensions in the region, Vietnam is employing all of its resources to build up its army to match its strength with the people’s liberation army and at the same time Japan too is considering to re-arm itself. On the top of this, the re-integration of Taiwan has long been as cherished dream of Beijing. In this regard, it can safely be concluded that in case of any attempt by china to invade Taiwan, for sure, would invite befitting response of the US and such tensions might spiral out control before any peaceful solution is reached.

In addition, as of yet the US and China have not drawn any tight connection between the trade war and ongoing disputes in the South China Sea. However, as relation between the two countries deteriorate one or the other might decide to escalate beyond dollars, words and legal filings. Indeed, if China and the US conclude that their trade is at substantial risk, and similarly conclude that further conflict is inevitable, then either might decide to take off the gloves in South China Sea.

Another big player in the third world war may be Russia. After the cold war, Russia and the US relations were relatively stable. In 1990’s, Boris Yeltsin and US president Clinton developed strong relations that brought the two former adversaries closer together. Yeltsin’s successor Vladimir Putin also enjoyed similar relations with his counterpart Bush. The two leaders stood side by side in 2005, victory day parade. Today, however, Putin’s soaring influence in the Middle East, central Asia and Eastern Europe has caused the two countries, daggers drawn, against each other.

Israel: How Long Will the Muslim World Tolerate?

Israel, a sworn friend and indispensable ally of US in the Middle East, may pave the way for the third world war at any time. Israel’s relations with its immediate neighbors are not cordial. It’s aggressive and hawkish posture on Palestinian Muslims is, certainly, bound to ignite befitting response from the Muslim world at any time. And if this happens, America, while keeping up its tradition of interventionism, might come to rescue Israel. This very situation, thus, may lead to resumption of WWIII.

In Syria, major world powers Like US and Russia are fighting through their proxies. Both are providing money, men and material to their respective allies.

Iran, a country that is often painted in media across the western world as unstable and one of the most aggressive regimes there is, can also contribute towards the commencement of world war III. Iran, equipped with plethora of hydrocarbon resources, skilled human capital and unparalleled expertise in science and technology, enjoys hegemonic influence in the Middle East. This is what disliked by America as well as Israel. That’s why America is putting economic and military pressure on Iran, in order to trim its ever growing wings of power in the region.

Besides Israel, Iran could also enter into conflict with Turkey and Saudi Arabia which are Iran’s main competitors in the region. However, any attack on Turkey would directly engage NATO into conflict since all members of NATO, under article 5 of its charter, are obligated to come to the aid of Turkey. On the other hand, any strike on Saudi Arabia, would certainly, call US intervention as Riyadh is the key ally of Washington in the region.

However, Iran is not without its allies, it enjoys the support of Russia and China since the interests of both—that is to limit the US influence in the region, converge and, therefore, they find Iran as an apt ally to further their mission in the Middle East.

In possession of nukes, intercontinental ballistic Missiles and hydrogen bombs, among other firearms, headed by Kim Joung Un, poses an enormous threat to the world. Kim Joung Un is constantly found threatening South Korea and the United states. One mistake in this region could trigger a devastating war.

Historically, North and South have been pawns in the cold war that dominated since 1950s to the fall of the Soviet Union. China and Russia have been patrons of the North, whereas the US and its western allies patronized the South.

Of all the conflict zones on the planet, this one, according to war experts, has the makings to trigger the global war pulling China and Russia on one side and while US, Japan and other western countries on the other side.

Syria, currently the most affected war ravaged area is, without an iota of doubt, likely to resume the third global fight. In Syria, major world powers Like US and Russia are fighting through their proxies. Both are providing money, men and material to their respective allies. Syrian President Assad’s main goal, in the beginning, was to wipe out the opposition and prevent the civilian war towards escalating into a global conflict, unfortunately, the exact opposite happened, which dragged world powers into a local conflict and hence, turned the local conflict into a global conflict. Consequently, Syria becomes one of the countries where the third global war could possibly kick off.

If the Cricket Matches Can Be So Tense, Guess What Would Happen If an Actual War between Pakistan and India took Place?

Finally, India and Pakistan; both have the potential to become candidates for the third world war. Both are the nuclear powers and nurture intense antipathy against each other. Both have fought four wars over Kashmir which is classified as a nuclear flash point meaning thereby that it has the potential to stimulate nuclear war between the two countries. Thus, nuclear war in any part of the world, for sure, would bring disastrous consequences not only for the region where it takes place but also for the whole world.