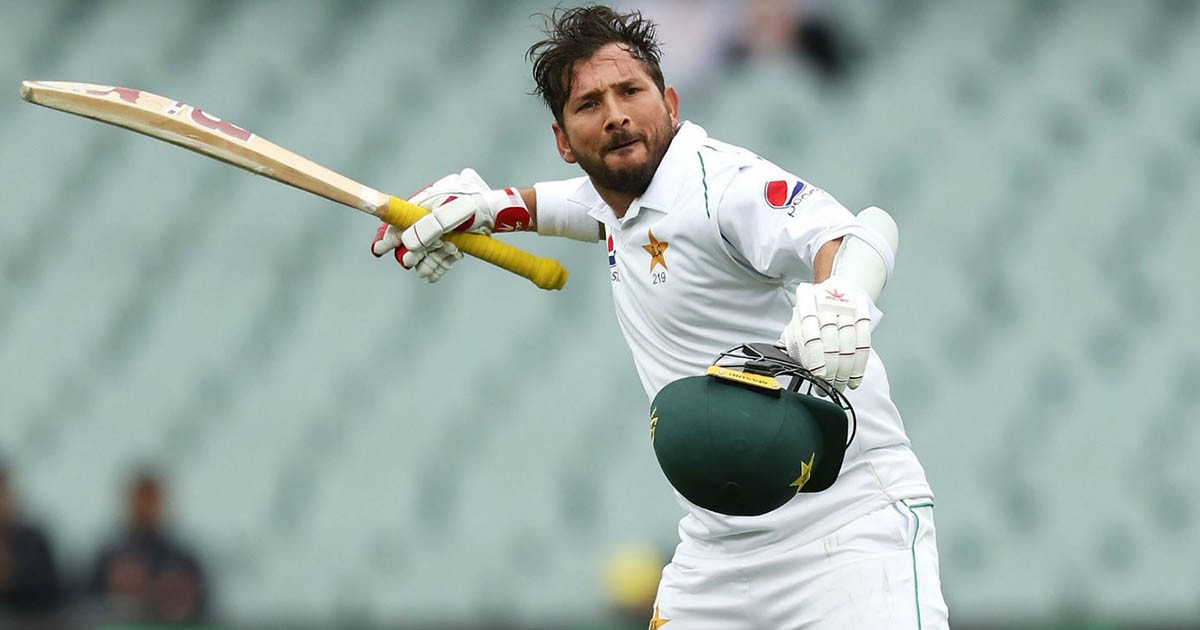 Pakistani Twitter was abuzz with an array of reactions as cricketer Yasir Shah scored his thumping debut century against Australia in the recently concluded test match at Adelaide.

Yasir Shah ends as the second-highest run getter for Pakistan in the Test series against Australia.

Fans had lost interest following the drab performance of the top-order and middle-order battling line that could not endure the lethal bowling attack of Australia. But Yasir Shah’s century reignited the dwindling hopes of victory for Pakistan on Sunday.

After Babar Azam, Yasir Shah is the second-highest scorer in the current series of the test match against Australia.

Interestingly, Yasir Shah is Pakistan’s first centurion at number 8th since 2006, the last being former wicket-keeper Kamran Akmal who scored 113 runs against India in Karachi. Overall, Yasir Shah has become the ninth Pakistani to reach the benchmark.

What a moment this was last night – Yasir Shah's maiden first-class hundred.

Who's made your favourite 'unlikely' Test century…?pic.twitter.com/AJpsgShLw2

Our top order batsmen should definitely take video copies of Yasir Shah's innings back home and watch it on repeat.

Away century with the likes of Starc, Cummins, Hazlewood, and Lyon coming at you with full force is seriously immensely impressive. #AUSvPAK

Yasir Shah's century was his 55th Test innings. He'd never previously made a 50.

Yasir also 9th in most Test inns before first 50.

“Great resilience shown by @Shah64Y. Scoring a century in Australia coming at number 8 showing the rest of the batsmen “Asay hota hai bhai”. Another good knock by @babarazam258 as well,” Akhtar tweeted.

Yasir Shah's century was a feat a certain blond leg-spinner never achieved. This almost-rounder spoke to @eld2_0 and revealed the reason why he fell short in this area.

Read the interview by going to https://t.co/YCrqwoGEsg

Meanwhile, Pakistani bowler Usman Shinwari, who is playing domestic Quaid-e-Azam trophy, revealed that he encouraged Yasir Shah to score a century by challenging him to stay on the crease for long.

“Yasir was aiming to play longer innings when I went to him and said that ‘I will accept you as a batsman only when you will be able to stay at the crease in Australia, where you will face bowlers at speed of 150. I am happy that today he has done it,” said Shinwari after a domestic match in Pakistan.

Pakistan’s lower order batting line added up a sum of 213 runs, being a second-best performance following the earlier record adding 230 runs by the last four batsmen against Australia in Brisbane in 2016.

Previous articleHow are India and Qatar expanding cultural relations?
Next articleNiqab & Radicalism: Finding connections where there aren’t any

16 September 2021
Previous articleHow are India and Qatar expanding cultural relations?
Next articleNiqab & Radicalism: Finding connections where there aren’t any

Is Panama gate a foreign conspiracy to derail Pakistan? Part I