Shehbaz Sharif, while sitting in London, bluntly, criticized the decision of the Pakistani government to convert former finance minister Ishaq Dar's home into a shelter home. He decried of political victimization of PML-N leaders while PTI ministers thrive. 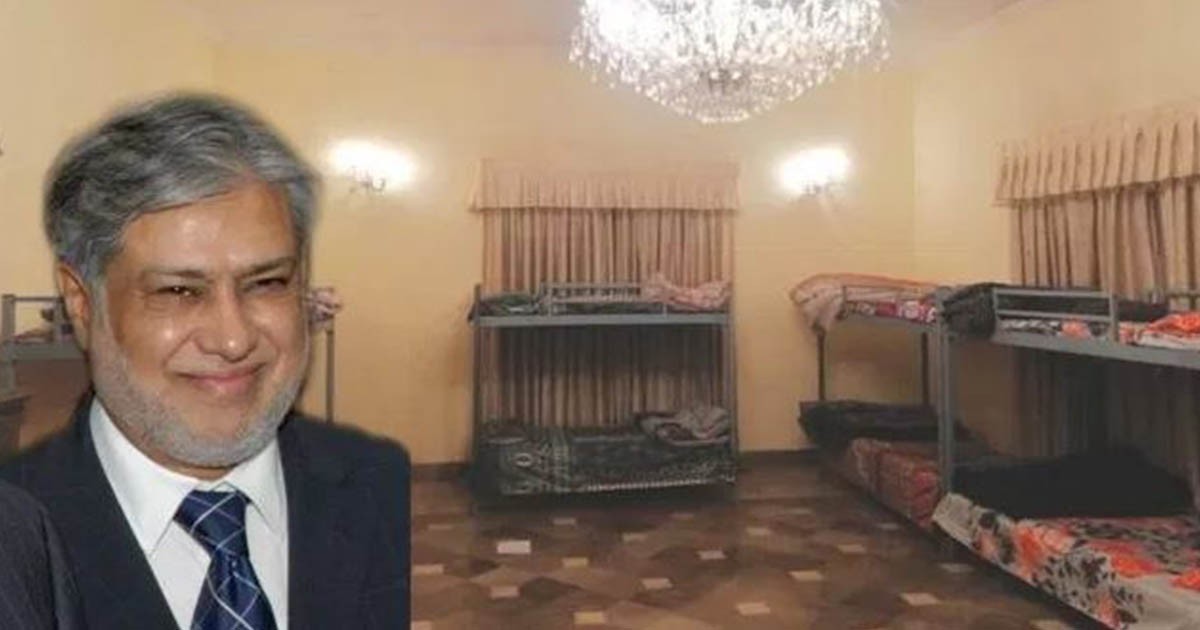 “Occupying illegally the residencies of political rivals is deplorable and a dangerous precedent to set”, Shehbaz Sharif, a senior leader of PML-N and former CM Punjab said while commenting on the Imran Khan led government’s decision to turn Ishaq Dar’s Hajveri House into a “Shelter Home”. “Such tactics will not demoralize PML-N and Ishaq Dar” Shehbaz added.

Dar’s residence “Hajveri House” was earlier sealed by Lahore Development Authority (LDA) on orders from the National Bureau of Accountability (NAB) and now the government decided to utilize the residence for the poor.

A house consisting of 12 rooms over 4 canals and 17 marlas will be housing around 50 homeless and separate sections for men and women have already been assigned inside the house. Model Town’s assistant commissioner hung a board outside the Dar’s home on which “Shelter Home” was written.

“Conceit, Stubborn attitude, jealousy, and intransigence of Imran Khan Niazi is sinking the economy and is going to hurt Pakistan in a very bad way” Sharif held. “People are jobless, its hard to earn a livelihood, food is scarce, inflation has skyrocketed, people are dying and all this is because of ill-conceived economic policies of Imran Khan’s government” Shehbaz Sharif was blunt in criticizing the government.

Shehbaz Sharif has always been a staunch critic of Imran Khan and his government. Former CM Punjab has never let go of any chance to criticize Khan whether be it his economic policies or foreign tours. Shehbaz has been in London with his elder brother Nawaz Sharif who is undergoing medical treatment after he was released on bail by Lahore High Court and allowed to fly abroad on the basis of critical health conditions.

“On the other hand corrupt, incompetent, selected and a government bent on revenge against political rivals is not fit to govern” he added.

The petition was filed by Tabassum Dar, wife of Ishaq Dar in LHC against the illegal conversion of their home into a shelter home by the government.

Upon the decision to convert the Hajveri house into a shelter home for the poor and the homeless, the wife of Ishaq took the matter to Islamabad High Court which issued the stay order on the conversion process. “Government of Punjab is trying to convert this residence into a shelter home illegally. No such law exists where seized properties can be used for such purposes. This is against the constitution” Dar’s wife added.

Miss Tabassum further said that the Punjab government is actively in violation of court orders from Islamabad High Court and sought action from LHC against the culprits for political victimization of PML-N leaders and render this decision null and void.

Lahore High Court has directed the Punjab govt to submit a reply within 10 days on the matter brought forward by Tabassum Dar against the illegal conversion of her husband’s home into a shelter home.

It is to be mentioned here that the government had earlier announced an auction on Hajveri residence owned by Ishaq Dar, which Islamabad High Court intervened and halted.