China records zero new infections of Covid-19 for the first time. After stringent lockdowns and strict curfews, Chinese authorities have been able to curtail the spread of the contagion. While China recovers, experts fear that South America will be the next global incubator for the coronavirus disease. 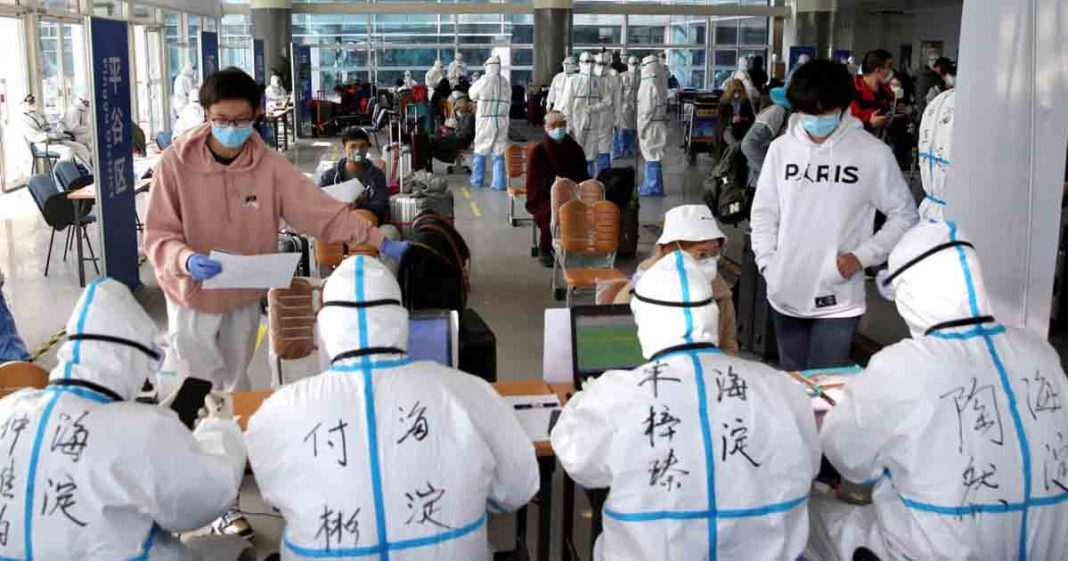 There has been no new case of Covid-19 in China for the first time since the pandemic erupted last year, but as the virus dies out in its original epicenter, South America has quickly emerged as a major hotspot.

China’s National Health Commission said it confirmed zero new cases of the virus on Saturday – a first since the country began tallying infections in January – and reported only two suspected cases, one of them imported from abroad.

The lethal illness first emerged late last year in the Chinese city of Wuhan, spreading across the country to infect some 84,000 people, killing in excess of 4,600. But with aggressive containment measures that put tens of millions of citizens under strict lockdown, Beijing appears to have largely brought Covid-19 in China under control, reporting a only slow trickle of new cases as the virus took hold elsewhere in the world.

While the United States remains the top epicenter with more than 1.6 million infections, South America has quickly overtaken other regions for the number-two spot, with the World Health Organization (WHO) warning of a dramatic spike in cases there.

“In a sense, South America has become a new epicenter for the disease,” Dr Mike Ryan, the WHO’s top emergencies expert, told a press conference on Friday, noting that Brazil is “clearly the most affected.”

Over the last week in Brazil, health officials have reported tens of thousands of new infections each day, bringing its current disease toll to more than 330,000, rapidly eclipsing Russia as the second-worst-affected nation. Brazil has also counted more than 21,000 fatal cases, nearly seven times more than Peru, the region’s next hardest-hit country.

Though no vaccine, or even a reliable treatment, currently exists for the coronavirus, Brazilian authorities have approved widespread use of the anti-malarial drug hydroxychloroquine as a therapy, after receiving shipments of raw materials for the chemical from India last month. The drug has shown early promise as a treatment, but its effectiveness has yet to be proven in a clinical setting. A new study in the Lancet journal, meanwhile, suggests the medicine could cause heart complications and even death, showing little or no benefit to Covid-19 patients.

Since the pandemic broke out last December, more than 5.2 million people have been sickened and some 338,000 killed worldwide, making it one of the deadliest viral outbreaks since the 1918 Spanish Flu.

Coronavirus: The situation so far

As of today, the global number of people infected by the Novel Coronavirus and suffering from the associated diseases COVID-19 has crossed 4.97 million. There have been 327,000 deaths associated with the disease. A statistic to take heart from is the fact that 1.89 million people suffering from COVID-19 have recovered. Since the first case of Covid-19 in China, the disease has taken root across the world.

COVID-19 associated lockdowns have caused a slowdown in the international economy, with experts saying that it will shrink by as much as 6% this year. Estimates of its recovery do not show it recovering before 2022.

Previous articleRiver Evros at the centre of latest Turkey-Greece tension
Next articleEid-ul-Fitr will be celebrated tomorrow, Fawad Chaudhry

24 July 2021
Previous articleRiver Evros at the centre of latest Turkey-Greece tension
Next articleEid-ul-Fitr will be celebrated tomorrow, Fawad Chaudhry

Save lives or save jobs? WHO, IMF explains