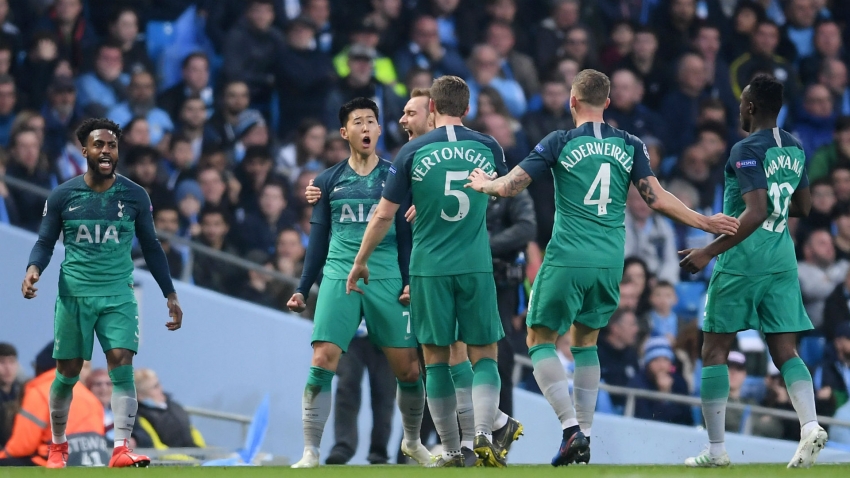 The 8th edition ICC Champions Trophy kicks off today when hosts England take on the ever-improving Bangladesh at The Oval in London. Deemed as the second biggest event after the World Cup, the Champions Trophy will see the top 8 teams lock horns for the title, whose winner will be decided on the 18th of this month. England is hosting this event for the third time. It earlier hosted the 4th edition in 2004 and the last one in 2013.

The two groups comprise of 4 teams each. Group A will see England, Bangladesh, Australia and New Zealand fight for the two slots which will confirm their berth in the semi-finals. Group B includes Pakistan, India, South Africa and Sri Lanka.

A team by team analysis is well in order and will give a clear picture of which team has a better chance of winning the event. Will India defend its title or will there be a new champion? It must be reminded that the title has so far eluded Pakistan, England and Bangladesh since the inaugural event that was held in 1998.

Defending champions and one of the strongest contenders to lift the trophy, India has a pretty balanced side. Led by the feisty and prolific Viral Kohli, the side has a good mix of youth and experience. As usual, India would bank upon its formidable batting line-up spearheaded by the skipper, Kohli. India’s batting unit is fairly strong with the likes of Rohit Sharma, Shikar Dhawan, and the hard-Harding Yuvraj Singh being in the mix. The role of M S Dhoni, the man who led India to victory in the last event will be twofold. One that he would stabilize the situation with his batting and two that he would practically guide the team with his successful leadership experience. The balance would be provided by all-rounders like Hardik Pandya and Ravindra Jadeja. The bowling will depend upon the magical Ravichandran Ashwin; the pace of Muhammad Shami and Umesh Jadev will also be effective. India has the armory to go the distance despite being a tad thin in bowling resources.

The runners up of the 2013 edition, England have revolutionized their approach to ODI cricket after their ignominious ouster from the 2015 World Cup. Stroke-maker and ingenuity have been their mantras for success under the leadership of Eoin Morgan. Swashbuckling batsmen like Jason Roy, Alex Hales, and Jos Butler will be ably supported by the class of Joe Root and Eoin Morgan. A balance will be provided by the wicket-keeper batsman Sam Billings, all-rounders like Chris Woakes, Ben Stokes and Moin Ali. The ability of bowlers like Plunkett and David Willey to bat decently will be an added advantage for England. The bowling line up has the penetration with the likes of Mark Wood, Plunkett and Woakes along with the support of the all-rounders.Having beaten South Africa this week England will go into the tournaments as favorites. England may very well go on to break their 50-over ICC events jinx. However, the expectations from the home crowd may

Winners of the inaugural event in 1998, South Africa is a strong side in all aspects of the game, but they are yet to clinch more ICC events and capitulate in do or die matches. The chokers tag has not been removed as yet.

Like always they have a strong unit which is capable enough to lift the coveted trophy.

Like always they have a strong unit which is capable enough to lift the coveted trophy. The class of Hashim Amla along with the brute force of AB de Villiers will form the mainstay of the batting line up. Prolific opener Quinton de Kock, middle order batsmen like Duminy and du Plessis makes the South African batting unit as very strong, which would further be bolstered by the hard-hitting David Miller. Express pace bowlers give the team a real bite. Kagiso Rabada, Morne Morkel, and Warne Parnell will pose a real threat to their opponents, but the trump card would be the Pakistan-born leg-spinner Imran Tahir owing to his wily ability with the bowl. South Africa would have to hold their nerves if they are to cross the elusive barrier.

The winners of the 2006 and 2009 editions, Australia will take strength from their firepower with both bat and ball. Ferociously aggressive batsmen like David Warner, Aaron Finch, and Glenn Maxwell will be supported by the classy and indomitable Steve Smith. There is added bite in the batting with the induction of big hitters like Chris Lynn.

The bowling unit looks strong with the inclusion of the fiery Mitchell Starc, the accurate Josh Hazlewood, and Pat Cummins. The positive attitude of the world champions makes them a real contender to clinch the trophy on the 18th of this month.

The bowling unit looks strong with the inclusion of the fiery Mitchell Starc, the accurate Josh Hazlewood, and Pat Cummins. The positive attitude of the world champions makes them a real contender to clinch the trophy on the 18th of this month.

Winners of the 2000 edition, New Zealand have adopted a very positive approach to ODI cricket, with fast-scoring lying at the heart. A big hitter like Martin Guptill, Luke Ronchi, and Corey Anderson will be complimented by the sublime Kane Williamson and the experienced Ross Taylor. Depth is provided by all-rounders like Mitchell Santner, Colin de Grandhomme, and James Neesham. The fast bowling quartet of Tim Southee, Trent Boult, Adam Milne and Mitchell McClenaghan will pose a real challenge for the opponents; this gives the Kiwis a real edge over other teams. However, there batting line up often falls prey to lack of solidity, something which they need to address.

Pakistan has never won this elite event and has reached the semifinals thrice (2000, 2004, 2009). A relatively young and weak team will look to massively improve their seeding as they were unable to win even a single match in the last edition. The batting, though experienced lacks the modern-day ODI bite. Openers Ahmed Shehzad and Azhar Ali play at a strike rate unacceptable in this day and age. Babar Azam would provide stability, and skipper Sarfraz Ahmed will be useful with his robust energy. However, all eyes would be on ex-captain Shoaib Malik who is expected to provide much-needed impetus to a one-dimensional batting unit. All-rounders like Muhammad Hafeez and Imad Wasim will provide a balance. The bowling responsibility will be shouldered by Muhammad Amir, Junaid Khan and the feisty Wahab Riaz followed by the youthful Hasan Ali and Shadab Khan.

Pakistan though would be worried by the lack of game-changers in its outfit. A massive change in approach is needful if good results are to be achieved.

Pakistan though would be worried by the lack of game-changers in its outfit. A massive change in approach is needful if good results are to be achieved.

Read more: Misbah Ul Haq: a man who gave what he had

The joint champions of the 2002 edition, Sri Lanka have been weakened by the retirements of their stalwarts like Sangakkara, Jayawardene, and Dilshan. They are still trying to re-establish themselves and hence are going in the tournament as the underdogs. They will be reliant upon the experienced Lasith Malinga, the gritty Angelo Mathews, and opener Upul Tharanga. Lack of dependable batsmen and wicket-taking bowlers will go on to dent their chances of repeating their feat of 2002.

The Bengali Tigers have improved their limited overs cricket by leaps and bounds since they played the quarter finals of the 2015 World Cup. They have an explosive batting line up which includes players like Tamim Iqbal, Soumya Sarkar, and Mahmud Ullah. Not to forget the big hitting Sabbir Rehman and the cheeky Mushfiqur Rahim. Eyes would on the speedster Mustafizur Rehman and the star all-rounder Shakib Al Hasan.

Led by the experienced and confident Mashrafe Mortaza, Bangladesh will give a tough time to its opponents as they started to defeat top-ranked teams and are no longer considered a minnow of the game.

Led by the experienced and confident Mashrafe Mortaza, Bangladesh will give a tough time to its opponents as they started to defeat top-ranked teams and are no longer considered a minnow of the game.

In all, we are in for an exciting and competitive tournament where one team cannot be considered as favorite.

CPEC will not stir up Indo-Pak Trouble, says China