84 Infants Died In Sindh: Where Is The Sindh Government?

After aids and several cases of misuse of authority, 84 children died in one month in Tharparkar. The pertinent question to be asked is: where is the Sindh government? 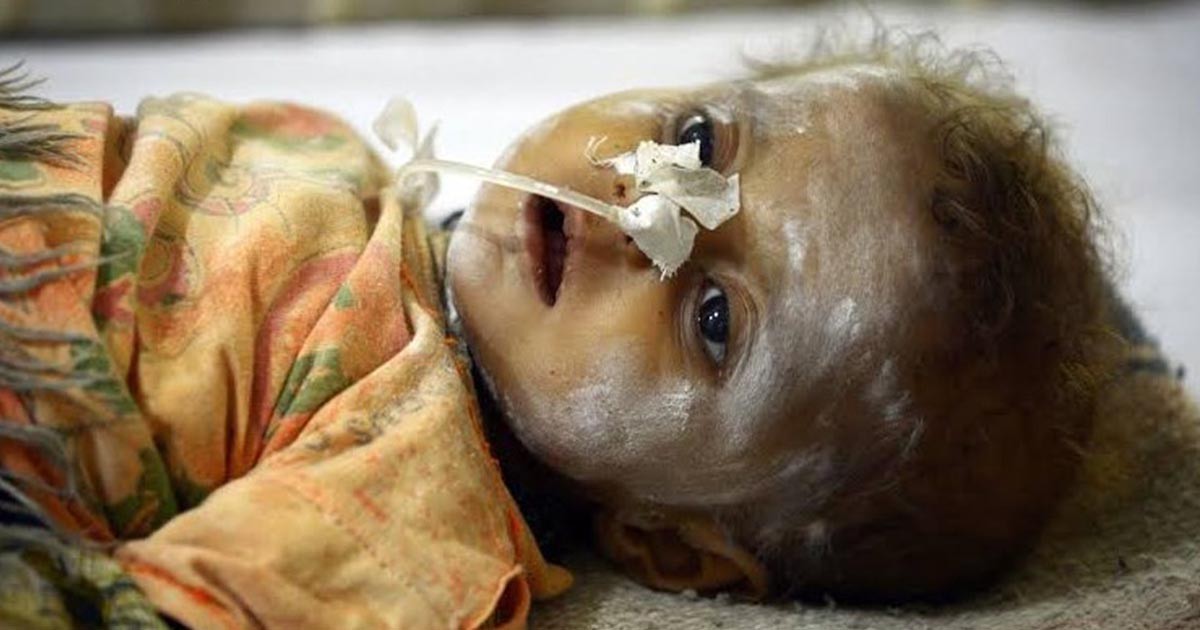 According to data released by the Sindh Health Department, over 84 children have died over the past month in Tharparkar due to malnutrition and various other diseases. This has raised serious questions about the state of governance in Sindh where, in recent days, the case of aid were on the rise.

84 children died in a month due to malnutrition, various diseases in #Tharparkar

A report by the Director-General (DG) Health, Sindh, Dr Masood Solangi, on the spread of the HIV in Larkana’s Rotodero district has revealed startling facts. According to the report, over 14,000 people in the Rotodero district were screened out of which 534 tested positive for the HIV virus.

Of these patients, 270 were female and 264 male. The age group distribution revealed the most affected age group was 2-5, years with 294 (55.05%) cases, followed by age group 6-15 years with 100 (18.7%) cases. According to the Program Manager of Sindh’s AIDS Control Program, Dr Sikander Ali, the prime object for the spread of the virus was the reuse of syringes at local clinics and districts health hospitals.

Dr Masood Solangi further stated that screening is going on at THQ Hospital, Ratodero by SACP. It is feared that more cases of HIV may appear as the screening is going on. Experts opine that since the population is of a larger scale and fake doctors generally do not care about used or new syringes in the local hospital, it may cause a great loss.

Government officials in Pakistan believe that the bad practices of reusing syringes and IV needles are so widespread that the entire health care system needs to be revamped. An HIV outbreak in one city has hit more than 1,100 people — nearly 900 children. https://t.co/ZCrF6sKpQp— The New York Times (@nytimes) October 30, 2019

According to a notification, the decision had been taken on the directions of the Supreme Court-mandated Water Commission. “… on the recommendations of the inquiry report submitted by Additional Secretary (Admin) and in light of the minutes of the meeting held on August 29, 2018, under the chair of Commissioner Hyderabad and (further) in compliance with the Supreme Court’s order passed in criminal original petition 89/2011 on June 12, 2013,” the notification cited.

Why has Sindh bad governance? https://t.co/wAUQFhW4E8

Similarly, two BS-16 office superintendents and a BS-16 assistant director for land have been moved back to BS-6 and BS-5 grades. One of them, Abdul Muqeem Shaikh, was sent back to his parent department – the District Council Hyderabad. According to media reports, 11 officers were reverted to the grades in which they were posted in 1994. According to another notification, the HMC has been directed to form a departmental promotion committee and process the promotion cases in accordance with the rules.

Read more: The Rise of HIV positive cases in Larkana: Where is the Sindh government?

The water commission had ordered an inquiry into the promotions of these officials on July 5th, following which the inquiry committee on August 29 concluded its findings and recommended the reversions. According to sources, most of the reverted officers lacked qualification and experience in their respective fields. Rafique Ahmed Rajput, who was working as BS-17 health director, was posted as secretary to the mayor.

Not only Verdict but Special Court is Unconstitutional: LHC stuns in Musharraf case

What should the HEC do to improve quality of online classes?