9/11 or coronavirus, which one is the biggest disaster for America so far?

The September 11, 2001 terror attack on the World Trade Center left nearly 3,000 people dead and shocked the city with its devastation. In comparison, New Yorkers say the deadly coronavirus pandemic, which has likely killed some 16,000 in the city, is more of a "slow cancer." 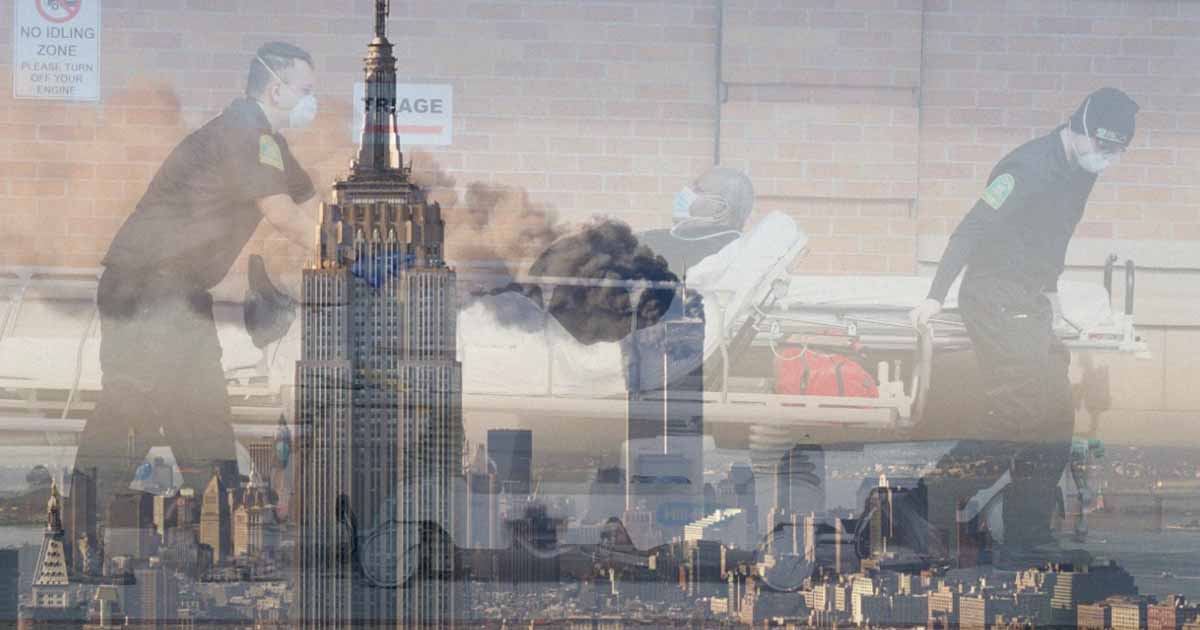 Nearly two decades after Manhattan’s Twin Towers fell in history’s deadliest attack on US soil, the coronavirus pandemic is once again testing the storied mettle of New Yorkers.

The September 11, 2001 terror attack on the World Trade Center left nearly 3,000 people dead and shocked the city with its devastation. In comparison, New Yorkers say the deadly coronavirus pandemic, which has likely killed some 16,000 in the city, is more of a “slow cancer.”

“9-11 was supposed to be the darkest day in New York for a generation,” said New York state’s governor Andrew Cuomo during one of his recent press briefings.

But with the virus’s spread the governor said “there was no explosion, but it was a silent explosion that just ripples through society.”

“With the same randomness, the same evil.”

Like Cuomo, many New Yorkers have been evoking 9-11 in comparison to the rapid spread of coronavirus, which has ravaged the densely populated city home to some 8 million people.

Maggie Dubris, a paramedic who was dispatched as part of an ambulance crew to the World Trade Center site on 9-11, thought she already had lived through “the biggest disaster of my lifetime.”

But the pandemic frightens her even more.

“I would see people down there, there was a reunion, we’d see each other, we’d hug,” Dubris said.

With the coronavirus pandemic “you can’t touch anyone, and you don’t know who really will survive this, we have no idea what is to come here.”

Susan Barnett, a New Yorker who covered the 2001 attacks as a producer at the ABC network, agrees. “9-11 was shocking, this I find so much more frightening because of the global consequences,” she said.

“I am more scared now, I think the consequences are global and they could be absolutely dire, in terms of human health and survival,” said Barnett, who now works for a non-profit helping hospitals in developing countries.

Dubris and Barnett both live in neighborhoods that were ensconced in clouds of smoke and closed to non-residents for weeks following the 9-11 attacks.

Both women see parallels between that era-defining tragedy and the current coronavirus crisis.

When crowds clap and cheer to honor essential workers at 7 pm each evening, they recall the cheers for rescue workers heading to the WTC site, and those who offered them meals.

During a rare outing in deserted Manhattan, Dubris recently happened upon refrigerated trucks used as a temporary morgue.

“I remembered the morgue being set up at the WTC,” she said. “There is that same sense that something terrible, with a lot of deaths, has happened.”

But the differences between the two catastrophes are equally pronounced.

Ken Paprocki, a photographer who before 9-11 worked as an international flight attendant, dubbed the attack “a lightning strike, where the human mind could not keep up with the pace in which events were unfolding.”

But the coronavirus spread is more of a “slow cancer,” he said, calling it a “steamroller” where “you see it coming slowly but still can’t get out of the way.”

Originally from the state of Nebraska, Paprocki said he was moved by the solidary of New Yorkers after the 9-11 attack. This time however he’s less impressed.

The most populous US city is no stranger to tragedy.https://t.co/Do5dBuDfhp— Yahoo Singapore (@YahooSG) April 26, 2020

Paprocki said he has seen lie about their age and claim to be old to avoid supermarket lines, and toss used gloves and masks on the sidewalks. “Humans are acting accordingly for self-preservation,” he said.

The most populous US city is no stranger to tragedy, and for Barnett, who also lived through the devastating Hurricane Sandy in 2012, New Yorkers “are good at crises.”

“I think what draws people to New York and scares them about New York is you have to be tough,” said Barnett.

“There is a certain person that is attracted to this amazing, diverse, vibrant city,” she said.

“Those of us who are here for the long haul, we are committed to it, we are the ones who will fight the hardships.”

This sense of resilience translates to pride, with the hashtags #NewYorkStrong and #NewYorkTough making the rounds on social media as Cuomo and Mayor Bill de Blasio insist that the city will emerge from the pandemic stronger.

“You take that moment, you learn that lesson and you improve society — and you have to do that here.”

COVID-19: PSAC announces to reopen schools in Karachi from June 15