West has stood up for the religious rights of Muslims in a historic turn of events. After Azaan echoed across UK and continental Europe, the islamic call to prayer echoes across Minneapolis and the neighboring communities ahead of the Holy Month of Ramadan. Minnesota mayors allow the broadcast of the Adhan to console the Muslim communities. 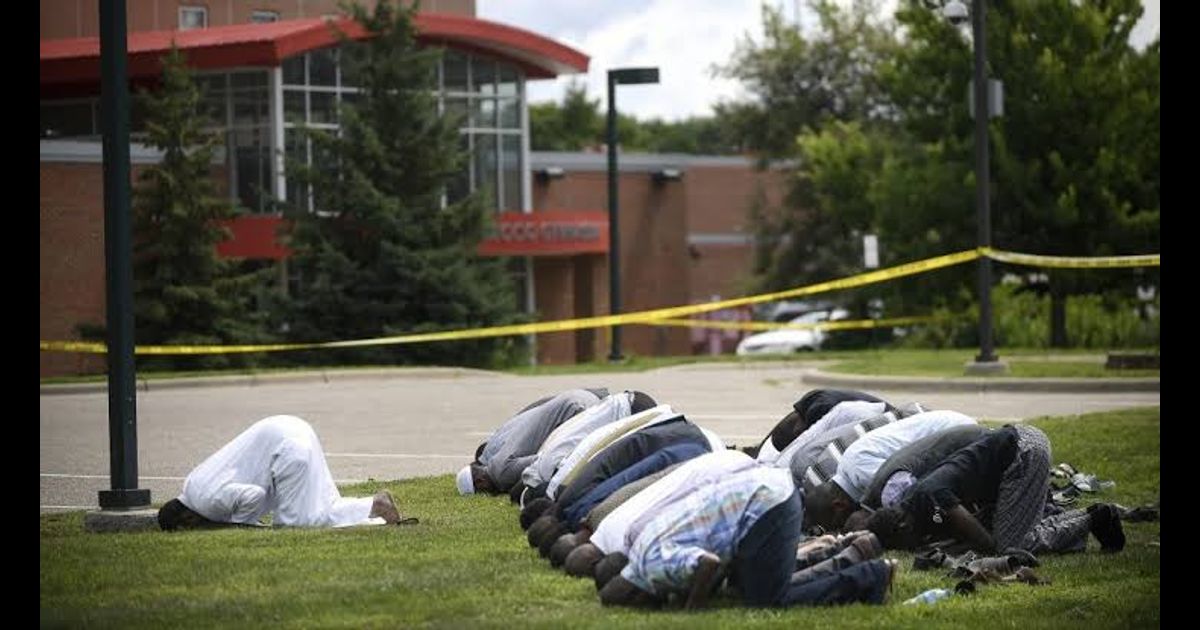 In a historic turn of event, Azaan echoes across Minnesota the USA from the loudspeakers of a mosque for the first time.

The -Islamic call to prayer, azaan (adhan) echoed across Minneapolis and the neighboring communities on Thursday ahead of the holy month of Ramadan. The adhan again broadcasted on Friday. The practice will continue throughout Ramadan five times a day to facilitate the Muslim communities.

The beauty of our country is for once ability to exercise their religion freely.

I so happy to see people being tolerant and respectful in this time of worship for Muslims. https://t.co/D9MDVfloOU

Muslims are told to stay and pray at home during Ramadan amid the strict coronavirus lockdown. The Islamic call to prayers from mosques is believed to console the Muslims missing congregational prayers in the mosque in the blessed month of Ramadan.

It will fill in the spiritual vacuum caused by the abandoning of community iftars, mass prayers, and social gatherings.

The Muslim communities are glad and surprised with the broadcast of the adhan from the loudspeakers of the mosque because unlike other Muslim-majority countries, they could hear adhan only inside the mosque or community centers in the USA.

“There’s a lot of excitement,” said Imam Abdisalam Adam, who is part of the Dar-al-Hijrah mosque from where the adhan will broadcast.

He said, “Some people see it as historic.” Adding that, “To the point … that they’re not doing it, able to see it in their lifetime.”

The adhan is expected to reach thousands of people in the Cedar-Riverside neighborhood in Minneapolis.

"Minneapolis announced that it will allow the call to prayer, known as Adhan, to be broadcast by speaker, five times a day, in the Cedar-Riverside neighborhood. This will allow Muslim residents to pray together while practicing social distancing." https://t.co/W4tmXsz5oK

Minnesota’s Council on American-Islamic Relations (CAIR) said they have been thinking of broadcasting the adhan for years but this became pressing in current circumstances when the mosques are closed and worshippers are forced to pray at home.

“We wanted to touch those individuals who frequently visit this mosque and this community.” Adding that “If we cannot be physically together, at least this echo, this voice, this call to prayer can be an extension of us being together at this difficult time. To give some people some solace,” said a member of the CAIR.

The Minneapolis mayor Jacob Frey said the daily broadcast of the adhan would give reassurances and stability to the Muslim community.

“At a time when physical distancing requires we pray apart, it’s incumbent on leaders to create a sense of togetherness where we can,” Frey said. “Adhan provides solidarity and comfort – both of which are essential during the time of crisis.”

A similar arrangement has been made in the UK to facilitate the Muslim communities as mosques across Britain are shut under strict coronavirus lockdown.

The imam recites verses from the Holy Quran and quotes of Holy Prophet before delivering the sermon, leading the listeners in prayers. The program is titled, ‘Islamic Reflections’. The arrangements of the adhan have been made to facilitate the Muslim community to the run-up to the month of Ramadan till the end of April.