A response to claim: COVID-19 will spread in Pakistan due to CPEC

This Andrew Korybko's commentary on Micheal Rubin's article in the 'National Interest' magazine. Mr. Korbko particularly responds to Rubin's claims that COVID-19 will spread across Pakistan due to China Pakistan Economic Corridor (CPEC). 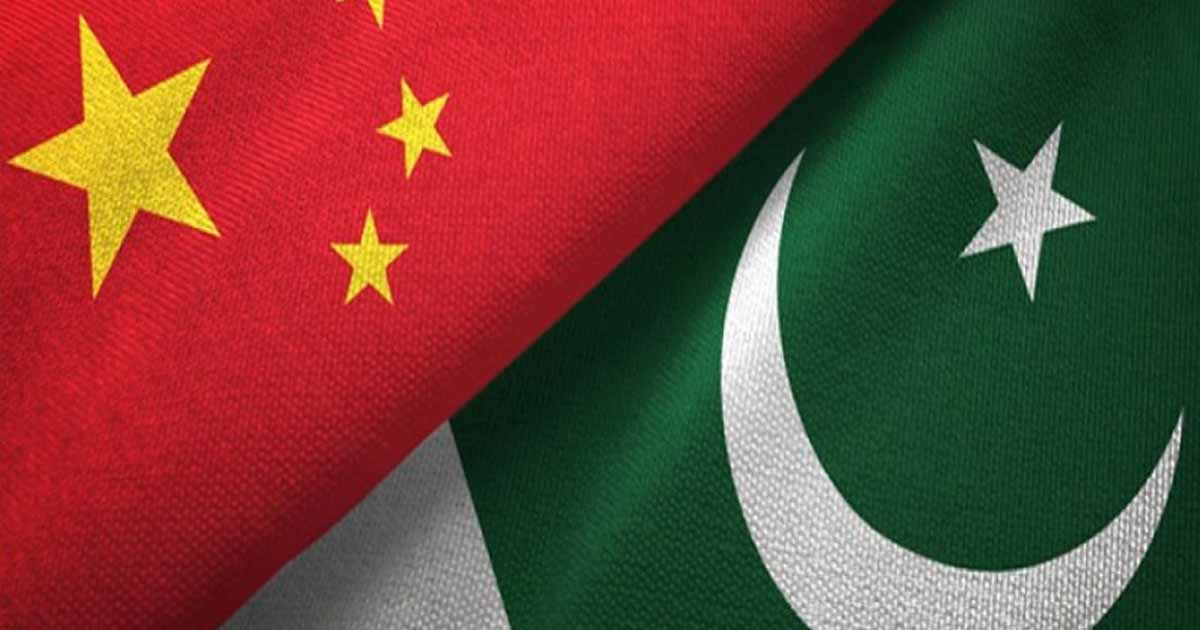 US “deep state” operative Michael Rubin’s recent fearmongering in “The National Interest” about how CPEC will supposedly facilitate the spread of COVID-19 throughout Pakistan is bound to fail because he lacks any credibility as an objective observer due to his professional credentials and thus simply resorts to regurgitating standard talking points aimed against their strategic partnership.

Indian media picked up the recent piece penned by US “deep state” operative Michael Rubin for the influential American foreign affairs magazine “The National Interest” fearmongering about how CPEC will supposedly facilitate the spread of COVID-19 throughout the global pivot state of Pakistan.

Rubin’s professional credentials debunk the impression that unaware readers might have of him supposedly being an objective observer since this former Pentagon official’s storied career as related by the neoconservative “American Enterprise Institution” that presently employs him proves that he’s been deeply embedded in “deep state” operations for decades.

As such, he accordingly has an agenda, which in this case has been to regurgitate standard talking points in the hopes of manipulating perceptions in his home country and abroad about the future of the Chinese-Pakistani Strategic Partnership.

Titled “Is Pakistan Nothing More than a Colony of China?”, Rubin’s article immediately includes an extremely deceptive lead-in sentence which misportrays his personal speculation as a matter of fact by asserting that “Pakistanis may soon die en masse for China’s interests, and the Pakistani government may allow it to happen.”

He then proceeds to briefly reviewing the history of American-Pakistani relations, concluding that they’ve always been fair-weather friends of one another, but spending more time talking about the US’ perceived grievances in that partnership than Pakistan’s in order to obviously provoke an emotional reaction from his American readers.

It is also increasingly clear that the China-Pakistan Economic Corridor [CPEC] may be becoming a major road for transmission into Pakistan and, more broadly, South Asia

Rubin then presents Pakistan’s outreaches towards China as being a reaction to the gradual deterioration of its ties with the US, driven by what he believes is the former’s unlikelihood to criticize its domestic affairs like America does but completely ignoring decades’ worth of close Chinese-Pakistani relations.

The purpose in twisting the historical truth like that is to portray Pakistan as politically desperate enough for partners that it’ll allow itself to be “humiliated” by China just for the sake of having the latter remain silent about what Rubin describes as the South Asian state’s “corruption, its poor treatment of religious minorities, and its internal human rights record.” Naturally, he hyperlinked a related piece that he wrote for “The National Interest” in February titled “How China Is Humiliating Pakistan” which brings up the situation in Xinjiang.

I wrote back in January 2019 about how “The Infowar On Xinjiang Failed, Now They’re Targeting Pakistan & PM Imran Khan”, explaining the motives behind connecting Pakistan to the Western Mainstream Media-driven drama around China’s anti-terrorist policies in its Western Province. In brief, the reasons behind this campaign are to delegitimize the Pakistani government, incite radical religious unrest against it, and harm the state’s soft power.

Rubin, however, puts a lot of effort into making it seem like his motives are selfless and that he only wants to save Pakistan from becoming a “colony of China”. As supposed proof of his unconvincingly humane intentions, he then puts on a show of acting extremely concerned about how “it is also increasingly clear that the China-Pakistan Economic Corridor [CPEC] may be becoming a major road for transmission into Pakistan and, more broadly, South Asia.”

Trump is drastically different from them in the sense that he’s only aiming to destroy two countries, Iran and Venezuela, not the rest of the world

He basically makes it seem like the conduct of commerce with China and the presence of Chinese construction workers in Pakistan puts it — and by extrapolation, any country in the world — at a higher risk of COVID-19 outbreaks. There’s no separating that infowar narrative from the US’ grand strategic intentions in World War C of undermining China’s Belt & Road Initiative (BRI) through the export of “economic nationalism” so as to more effectively “contain” the People’s Republic across the coming century.

It’s the highly unlikely worst-case scenario of Pakistan becoming the global ground zero of COVID-19 infections that Rubin was referring to in his lead-in sentence claiming that “Pakistanis may soon die en masse for China’s interests, and the Pakistani government may allow it to happen.” “The National Interest” might have went along with his clickbait for self-interested reasons, which would speak to how unprofessional the publication is becoming that it felt that it had to stoop to such a low level in order to reach more readers.

The quality of Rubin’s piece isn’t what regular readers had come to expect from “The National Interest” though (even in respect to those articles that they might disagree with), making one wonder whether they even had any clickbait intentions at all or if there were perhaps more shadowy motivations behind publishing that piece and the previous one that he hyperlinked to, which can of course only be speculated upon at this time.

In any case, Rubin’s article clearly represents the views of the US “deep state’s” neoconservative faction, which are in alignment with the Trump Administration’s on the issue of intensifying the infowar against BRI despite generally diverging on other ones.

The problem, however, is that the successful “decoupling” of Pakistan from China like he’s tacitly proposing under the guise of “nationalist and humanitarian concern” for the South Asian state would carry with it catastrophic economic consequences that would destabilize the country and thus run counter to the US’ own official interests.

After all, Trump and Prime Minister Khan had a hugely successful summit last summer where the former even proposed expanding their countries’ bilateral trade by 10-20x. Moreover, I wrote earlier in the year about how “The US’ Central Asian Strategy Isn’t Sinister, But That Doesn’t Mean It’ll Succeed”, though Pakistan can greatly facilitate it in pursuit of shared interests related to that landlocked region.

With this understanding in mind, the only realistic scenario in which the US would sincerely hope to see the successful “decoupling” of Pakistan from China like Rubin is lobbying for is if it reverted back to the neoconservative foreign policy principles of the last few presidents who endorsed the Brzezinski-esque strategy of “constructive/controlled chaos”.

Trump is drastically different from them in the sense that he’s only aiming to destroy two countries, Iran and Venezuela, not the rest of the world. Rather, he’d prefer to enter into mutually beneficial cooperation with them (albeit with American interests being given an edge), which explains why he and his strategists are unlikely to seriously advance Rubin’s strongly implied end game.

Read more: Will US dump India over its atrocious treatment of minorities?

They know that their best bet is to engage in “friendly competition” with China in Pakistan since they simply can’t replace their rival, nor do they have the means of preventing the destabilizing consequences of an American-provoked Chinese-Pakistani “decoupling” that would in turn capsize the US’ own plans for Afghanistan and Central Asia.