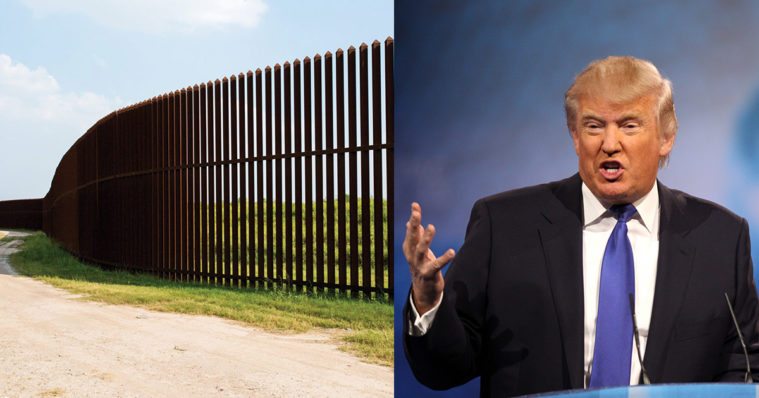 US President Donald Trump’s frustration over his campaign to fence off the US-Mexican border spilt into linguistic territory Thursday when the president declared himself fed up with people dancing around what to call his dreamed-of barrier.

“Lets just call them WALLS from now on and stop playing political games! A WALL is a WALL!” Trump tweeted.

In other tweets, he signalled that he’s in no mood to compromise as Congress debates on providing construction funds. “The Wall is getting done one way or the other!” he vowed.

He also said: “More troops being sent to the Southern Border to stop the attempted Invasion of Illegals…. With a Wall it would be soooo much easier and less expensive. Being Built!” Hours later, the head Democrat in the lower house of Congress, Nancy Pelosi, shot back with an equally emphatic statement that “there’s not going to be any wall money in the legislation.”

The saga of Trump’s troubled plan to boost defences along the Mexican border has seen politicians and the president manoeuvre repeatedly in search of the right terminology. Originally, Trump revelled in the word “wall,” leading chants at political rallies of “build the wall!”

But as Democrats in Congress pushed back, accusing Trump of demonizing Central American immigrants and promoting “medieval” wall technology, he tried to soften the message, referring to “a barrier”.

Also, instead of a solid concrete structure, Trump began to emphasize that he was really asking for steel slats. “Artistically designed steel slats,” he specified in December.

Despite the word games, Democrats remained steadfast in declining to back the president’s signature project. This led to a standoff in which Trump — trying unsuccessfully to increase pressure on Congress — refused to fully fund the government, shutting down swaths of federal jobs for five weeks.

Democrats and Republicans in Congress are now trying to come up with a border security compromise — though Pelosi’s tough statement Thursday did not augur well. If they don’t agree to provide wall funding before a February 15 deadline, Trump says he’ll impose another shutdown or bypass Congress by seeking emergency funds.

“I don’t think they’re going to make a deal,” Trump told reporters on Thursday. Pelosi is “just playing games.” He confirmed that if wall building money is not provided, he is ready to declare an emergency. “I would do that,” he said.

Trump also indicated in another tweet the extent to which he may already be resigned to Congress not satisfying him on “the DESPERATELY needed WALL.”

An emergency declaration would allow Trump to syphon off funds already appropriated for military and emergency uses. However, this would probably not end the wall debate.

Democrats have said they would likely seek a court injunction to halt the use of emergency funds at the border, arguing that Trump has exaggerated the seriousness of the situation and that there is no emergency.

US citizens going to other countries for cheap health care