The UN published a report last week saying that from 2015 to 2018, researchers studying the plight of Afghan kids documented more than 14,000 grave violations against them throughout the country, marking a sharp increase from the previous four years. 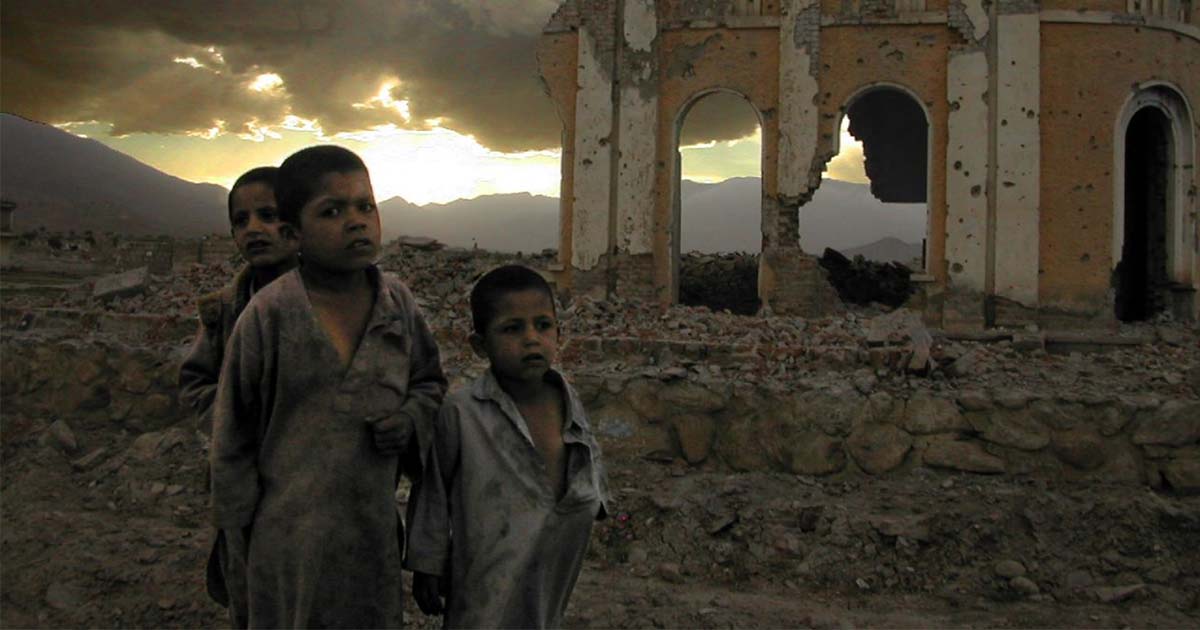 18 years into the Afghan war, the U.S. Embassy in Kabul is paying $1,500 for each seven-minute helicopter flight to the airport bc driving 3 km along one of the main roads in the city is deemed too dangerous. https://t.co/LynBRL94MK #afghanistan

Such is the lot of many a child in Afghanistan, which this week passes another sombre milestone. On Monday, the conflict turned 18, meaning every single Afghan child now has known only war.

“Peace is like a dream to us in Afghanistan,” said Mohammad Mobin, a 17-year-old Kabul high schooler. “Afghanistan can develop only if we have peace.”

Life in Afghanistan means living in daily fear of explosions, missing school because it’s too unsafe and not knowing if your parents or siblings will make it home.

On October 7, 2001, the United States launched air strikes against Afghanistan, following the September 11 attacks conducted by Al-Qaeda that killed nearly 3,000 people in the US.

The Taliban, who had refused to hand over Al-Qaeda leader Osama bin Laden, were toppled within weeks, but the ensuing insurgent conflict has dragged on ever since and become the longest war in US history.

Violence has only worsened in recent years, disproportionately impacting children. “Since we were born, we have had no peace in our country, it has only been fighting and conflict,” said Sayed Ibrahim, an 18-year-old medical student in Kabul.

The UN published a report last week saying that from 2015 to 2018, researchers studying the plight of Afghan kids documented more than 14,000 grave violations against them throughout the country, marking a sharp increase from the previous four years.

“Imagine turning 18 having known nothing but conflict and war throughout your entire childhood and formative years,” said Onno van Manen, country director for Save the Children in Afghanistan.

“Life in Afghanistan means living in daily fear of explosions, missing school because it’s too unsafe and not knowing if your parents or siblings will make it home.”

The UN Children’s Fund (UNICEF) says the number of attacks against Afghan schools tripled last year compared to 2017. By the end of 2018, more than 1,000 Afghan schools had been shut due to conflict.

“I don’t study because I have no money, I have to make money to support my family,” said Sabir, an 11-year-old boy who fled his home province of Ghazni to sell peanuts, sunflower seeds and dried fruits in central Kabul. “We have to go to school and get an education. We can end fighting through education.”

Read more: Will Afghan war end before US midterm elections?

The 2001 invasion did herald some enduring improvements for many young Afghans — particularly girls, who had been banned from receiving an education under the Taliban. In Kabul and other urban centres, schools and universities flourished, and an entire generation of children now has never known Taliban rule.

Violence has only worsened in recent years, disproportionately impacting children.

But the economy remains so weak that poorer families often yank their kids from school and send them to hustle for extra cash on dangerous streets. Jobs for many youths are so scarce they have few options but to try to emigrate, or join the Taliban or other insurgent groups who pay a regular wage.

During a recent visit to a busy park in downtown Kabul, nine-year-old Niyamathullah told AFP he would do anything for work — sell gum, wash cars, run errands. Hameedullah, the 13-year-old shoe shiner, said he would have stayed in school but needed to raise money for his family.

“There is no peace, the fighting is ongoing, there are no proper jobs for us,” he said. “I would like to go to school, get an education and work for my country.”

According to the UN Population Fund, 42 percent of Afghanistan’s population is aged under 14. UNICEF says more than 3.7 million children are currently out of school — most of the girls.

The US and the Taliban had spent the past year negotiating a deal that could have led to talks between the Islamists and the Afghan government — and an eventual ceasefire — but President Donald Trump scuttled the agreement at the last moment, citing concerns over Taliban violence.

Western media’s propaganda war against Syria: Part of the “plan”?