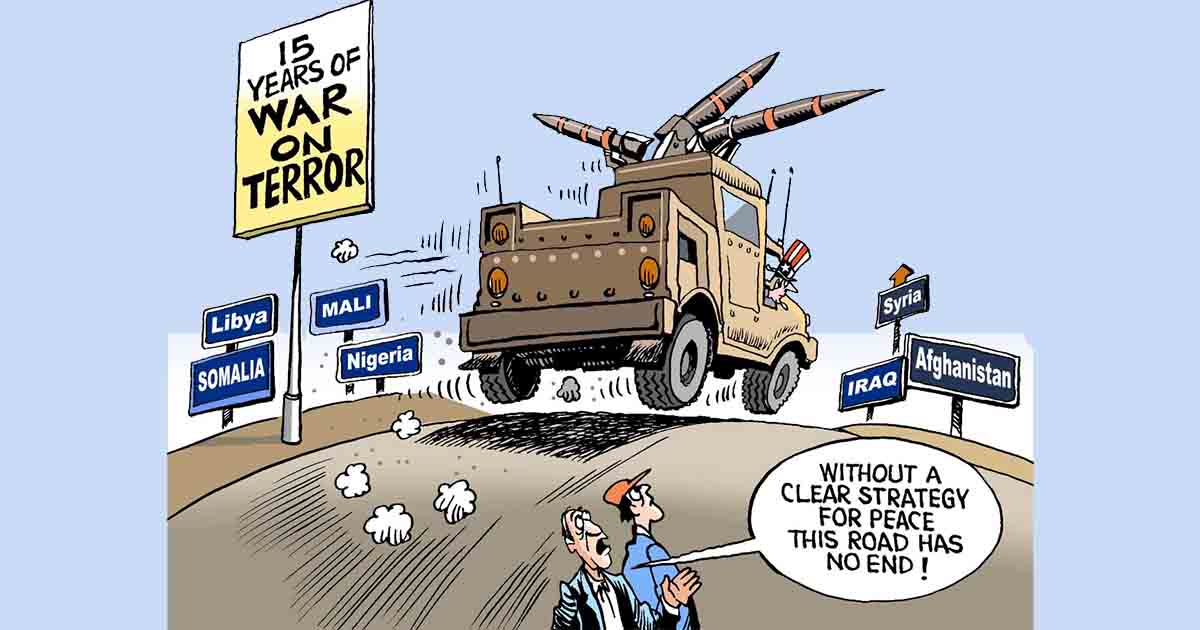 The longest-running war appears to be coming to an end. The Taliban has been running an armed rebellion in Afghanistan since being dislodged from power in a US-led invasion following September 11 2001. Recent high-level negotiations between the two sides in the 18-year war did not produce a breakthrough, but “significant progress”, leading to “improved” conditions for peace.

The fact that the primary belligerents, the Taliban and the United States, are talking directly is essential. Any peaceful pathway going forwards without their direct involvement is impossible. But to end the killing, all sides are going to have to give up something, to achieve their greater goals.

Although the losses in the Afghanistan war are not as bad as either the American war in Vietnam (just over 58,000 military casualties and between 1 and 3 million civilians or enemy) or the Soviet intervention in Afghanistan (maybe 1 million civilians, 90,000 Mujahideen, 18,000 Afghan troops and 14,500 Soviet soldiers), the record in Afghanistan is still difficult reading. The American death toll is a little over 2,200, while the wider losses (civilians and enemy) are well over 100,000.

Once the Americans returned home and their country became engrossed in other matters such as Watergate, the promises were forgotten.

Reliable estimates suggest more than 45,000 Afghani military have been killed since 2014 alone. The annual civilian death toll continues to climb, with 3,804 deaths recorded in 2018. At the same time, the amount of territory that rebel groups control (14.5%) or is contested (29.2%) or under government control (56.3%) is an unexpected result, given nearly two decades of combat.

The significance of talking to the Taliban directly cannot be overstated. When the Mujahideen were not directly involved in the Geneva Accords that ended the Soviet conflict in Afghanistan, the results were a disaster. No sooner had the Soviets left the country, the Mujahideen denounced the agreement (even though Pakistan had been negotiating on their behalf), saying they were not part of it. Their forces then took three years to overrun most of the country.

The fact that it will be a negotiated end to the conflict, as opposed to an imposed and unconditional one, is significant. Negotiated and conditional agreements are often cast as “peace with honour”, whereby the side that wants to exit the most prioritises what it is willing to give away while still appearing to be in control.

Recent high-level negotiations between the two sides in the 18-year war did not produce a breakthrough, but “significant progress”, leading to “improved” conditions for peace.

For example, with the end of the American involvement in the Vietnam war, the core of the Paris Peace Accords of early 1973, the primary goal of the North Vietnamese was the withdrawal of all US and allied forces from the region. The primary goal for Nixon was the return of 1,056 prisoners of war.

When the Geneva Accords ended the Soviet intervention in Afghanistan, the primary exchange was about an exit of Russian soldiers, in return for mutual commitments from the governments of Afghanistan and Pakistan not to interfere in each other’s country. In both instances, a swag of secondary considerations formed part of the package.

Read more: International Criminal Court should explain why it ‘chickened out’ from investigating…

In the case of Vietnam, there were supplementary provisions for a ceasefire that was to be monitored by independent countries and a National Council of Reconciliation and Concord to implement democracy and organise free elections in the south. In the case of the Geneva Accords, the return of Afghani refugees was an important consideration, as were mutual commitments “to prevent any assistance to … or tolerance of terrorist groups, saboteurs or subversive agents against the other High Contracting Party”.

In the current deliberations, the most important thing the Taliban want is the exit of all foreign troops from Afghanistan. This is possible, with both the Paris and Geneva accords providing precedents. The most important thing the Americans want is not only an exit of their troops, but a commitment that the Taliban will not, again, host any groups involved in terrorist activities against the US.

The fact that it will be a negotiated end to the conflict, as opposed to an imposed and unconditional one, is significant.

This demand is consistent with the original American war aims and the Geneva precedent is useful. The harder part will be working out the assurances that such promises are kept.

Where negotiations will get much more difficult is with the plethora of secondary considerations. In the context of Afghanistan, this will cover issues such as direct dialogue with the Afghani government and a comprehensive ceasefire. This is easier said than done as it will require the Taliban to accept the legitimacy of the Afghani political system (and whichever government is in power) and the democracy that placed them in power.

Read more: US cannot win the war in Afghanistan

The flip side of this, both nationally and internationally, is that the Taliban will have to lose their “terrorist” classification, which the UN Security Council has applied consistently since the end of the 20th century. This designation has placed strong military, financial and diplomatic restrictions on the Taliban, which made them outlaws in the eyes of the international community. This will have to be reversed, as the declared terrorists of yesterday become the legitimate powerbrokers of tomorrow.

The most important thing the Taliban want is the exit of all foreign troops from Afghanistan. This is possible, with both the Paris and Geneva accords providing precedents.

The agenda should cover commitments to the most basic human rights (women’s rights in particular), what to do about almost 2.5 million refugees from Afghanistan, and how to deal with the fact that Afghanistan is now the world’s leading (and rapidly expanding) producer of illegal opium.

The opposing sides need to work out how to ensure a comprehensive ceasefire, as well as its links to ongoing economic, diplomatic and military support for any future governing regime in Kabul, especially if the ceasefire is breached.

When the Americans exited Vietnam, they promised their allies in South Vietnam that American support in all other avenues would continue. But once the Americans returned home and their country became engrossed in other matters such as Watergate, the promises were forgotten. Saigon fell, a few years later, to the very enemy they had negotiated a peace treaty with.

US move on Masood Azhar not favorable for South Asia: China