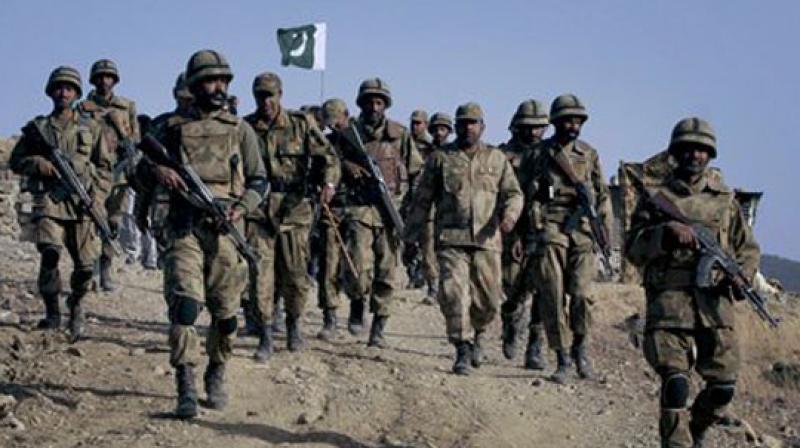 It was also reported that 10 militants were killed by the response threshed by the Pakistan army soldiers.

In this regard the chief of army staff, General Qamar Bajwa has commented that the reaction of the soldiers is worth applauding and that extra attention must be paid over the Afghan border. “Terrorists are common threat and must be denied freedom of movement/action along the border,” he further commented.

Gen Bajwa also expressed that the lives of these soldiers will not be forgotten and that the country is forever in debt to the Shauhdas families.

Salute to our Martyrs. Our life and blood is for Pakistan. “Nothing is nobler than laying one’s life in defence of the motherland”,#COAS. pic.twitter.com/19QznnrTeR

On Monday, two days after the attack on Mohmand agency, the Pakistani government disregarded the actions performed by the Afghani militants. According to reports, the protest to the Afghani government also included the plea for the soldier who was martyred at Khyber agency.

The relationship between the two states have been worrisome from quite a while. The grievances have started from Kabuls complaint regarding Pakistan as a provider of ‘safe havens’ to terrorists. On the other hand, Pakistan has also pointed out various terrorism actions that are performed from within Afghanistan.

Afghanistan and Pakistan have been involved in dialogues from many decades now. It is however, still true that Ashraf Ghani, the president of Afghanistan was recently telephoned by Gen Qamar Bajwa asking him to join hands for the fight against the terrorists.

Nevertheless, Ghani has refused the help stating that he is looking forward to having “serious talks” with the Pakistani government. The army chief has a result, yet to decide if he wants to visit Kabul.

Previous articleMalaysian Court convicts activist for screening human rights documentary
Next articlePakistan warns US, Afghanistan could be the next Syria

24 July 2021
Previous articleMalaysian Court convicts activist for screening human rights documentary
Next articlePakistan warns US, Afghanistan could be the next Syria

Celebrities who flew to Canada were also performing their civic duty

Pak-Afghanistan border reopened on the orders of PM Nawaz Sharif