US Special representative Zalmay Khalilzad has voiced optimism over the Afghan Peace Talks, saying that they will begin shortly and will allow a definitive withdrawal of US troops from Afghanistan. 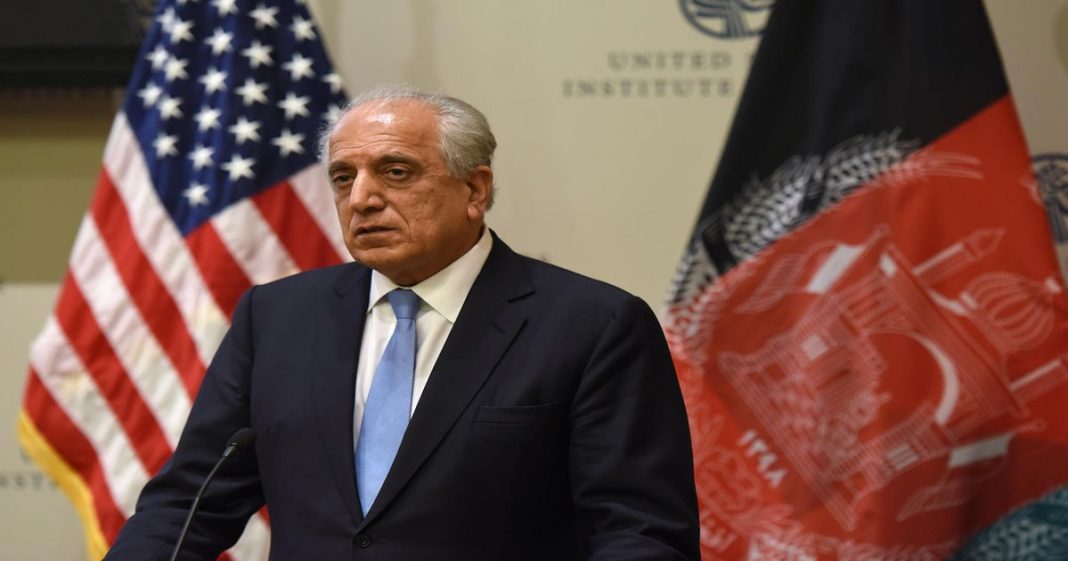 After more than 20 years of US involvement in Afghanistan, the US negotiator on Afghanistan voiced optimism on Monday that the Taliban and government would begin again the Afghan peace talks and said President Donald Trump could pull US troops ahead of schedule if all goes well.This

bodes well for the ultimate exit of US troops from Afghanistan, allowing the war torn country to slowly pick up the pieces in its quest to administer itself independently. After years of bloodshed, this recent development is a windfall for Afghans who will finally have the opportunity to decide the fate of their country themselves.

The Afghan government has been speeding up the release of prisoners, a key condition for the Taliban, after a ceasefire for the Eid al-Fitr holiday followed by a continued lull in fighting.

A ‘lot of progress’ on Afghan Peace talks: Khalilzad

“There’s been a lot of progress in the last few days,” said Zalmay Khalilzad, the US envoy who negotiated a deal with the Taliban in which Washington plans to end its longest-ever war.

“A lot of people have been pessimistic that we could get to this place where we’re discussing where and when inter-Afghan negotiations would begin and that there would be enough progress on the prisoners issue,” he told reporters.

You can read the full conversation between Special Representative for #Afghanistan Reconstruction Zalmay Khalilzad @US4AfghanPeace and reporters about the #AfghanPeaceProcess here: https://t.co/yEJ6ZMSQHU. https://t.co/WLpX7ZbPiO

But he did not set a date and cautioned that “still more needs to be done” on freeing prisoners.

Abdullah Abdullah ready ‘at any moment’ for Afghan peace talks

Abdullah Abdullah, who heads the government council on the talks, said Saturday he was ready for talks “at any moment.”

Under the agreement with the Taliban, the United States will pull troops out of Afghanistan by mid-2021 in exchange for the insurgents’ commitments to keep out Al-Qaeda and other foreign extremists.

US officials have said that the withdrawal is already ahead of schedule due to coronavirus concerns and The Wall Street Journal reported last week that the Pentagon had drafted plans for Trump to leave late this year — coinciding with the US election.

The United States invaded Afghanistan in 2001 and toppled the Taliban regime over its welcome to Al-Qaeda, which carried out the September 11 attacks.

A recent expert report to the UN Security Council said that Al-Qaeda and the Taliban “remain close” and were in regular consultations over the negotiations with the United States.

Khalilzad downplayed the report, saying it largely covered a period before the February 29 deal signed in Qatar.

“There is progress, but we will continue to monitor those activities very closely,” he said of Taliban ties with Al-Qaeda.

It has been one of the most consistent demands on part of U.S that the Afghan land would not be allowed to be used once again for the safe havens to carry out attack on foreign countries, especially the United States. Zalmay Khalilzad has said that the Taliban have agreed to this concern and ensured that they would shun both Al Qaeda and ISIS.

“The Taliban have committed, to our satisfaction, to do what is necessary that would prevent Afghanistan from ever becoming a platform for international terrorist groups or individuals,” he told the Times.

It is understandable since Afghanistan have suffered for the past 17 years for providing refuge and sanctuaries to the planners of 9/11. Al Qaeda is no longer a united force with a charismatic leader in the form of Osama Bin Laden as it did in the past and Taliban share utmost animosity with the ISIS. Rejoice at the U.S end is therefore logical and it also points out as to what Taliban are willing to commit in the “agreed framework” so far.

But since Zalmay Khalilzad has said the withdrawal of troops and ceasefire would still take time to sink in and that matter is still under discussion, the uncertainty prevails as to what the United States willing to commit in the much talked about a framework of the agreement. Before the content of this framework is made public, it is hard to tell how helpful it is for the long-term goal of sustainable peace in Afghanistan.

Earlier, the UN reported that more than 100,000 Afghan civilians have been killed or injured over the past decade, as it renewed calls to end the bloody 18-year conflict.

The announcement came as the Taliban and US continued to hold talks aimed at drawing a close to America’s longest war, after the negotiations were called off in September by President Donald Trump due to insurgent attacks.

The UN reported that an “unprecedented” number of civilians had been killed or wounded in Afghanistan from July 1 to September 30 this year, saying there had been 1,174 deaths and 3,139 injuries in that period.

A UN tally found that last year was the deadliest on record, with at least 3,804 civilian deaths caused by the war — including 927 children.