MQM-P has successfully secured one more ministry and development funds for Karachi. Will other allies of the incumbent government use the same tactics, blackmailing the premier, and get their demands fulfilled? Who is going to be the next? 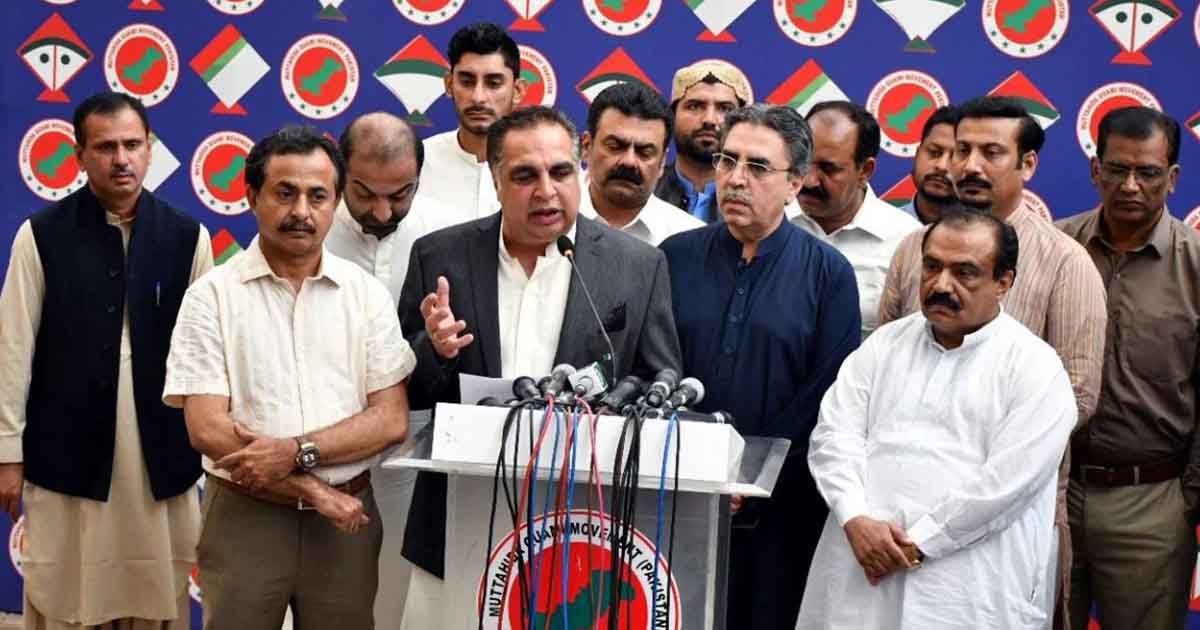 The government has decided to include two Muttahida Qaumi Movement-Pakistan (MQM-P) members in the federal cabinet and issue funds for Karachi and Hyderabad after the latter decided to keep its alliance intact with the ruling Pakistan Tehreek-e-Insaf.

According to a local media outlet, the party will rejoin the ruling coalition in April and its leaders, Aminul Haq and Faisal Sabzwari will likely be inducted into the cabinet as the IT minister and PM’s special assistant on planning and development, respectively.

These names were shared with Sindh Governor Imran Ismail during his recent visit to MQM-P Headquarters in Bahadurabad on Monday.

The PTI government has decided to allocate Rs6 billion for Karachi and Rs1bn for Hyderabad in development funds, the report said quoting MQM-P leaders and added that an “installment of Rs1bn as per the commitment has been released by the federal government to the Sindh Infrastructure Development Company Limited”.

A committee headed by the governor has been formed for the establishment of a university in Hyderabad.

It is worth noting that a delegation of Pakistan Muslim League Nawaz (PML-N) recently visited Muttahida Qaumi Movement Pakistan (MQM-P) headquarters. The former ruling party discussed about the available options to deal with the contemporary political situation in Pakistan, claimed sources.

As a matter of fact, PML-N is not happy after the government rejected its application to let Maryam Nawaz leave for London. To add insult to injury, the government has formally requested the UK authorities for Nawaz deportation. Analysts believe that the former ruling party is now planning to give tough time to the PTI. Previously, PML-N offered unconditional support to PTI to amend the Army Act to ensure extension in service of the army chief. It was speculated that the relations between the government and PML-N have been settled for some time.

Relations between MQM-P and PTI’s government

Notably, that the relations between the ruling party and MQM-P was not going quite well due to the former’s inability to ensure fulfillment of promises it had made after winning the general elections 2018. However, after constant consultation and meetings with the top leadership of MQM-P, both parties were able to ensure the continuity of the peace process.

It is worth mentioning that to pacify the MQM-P, Federal Planning Minister Asad Umar has announced that Prime Minister Imran Khan will visit Karachi to inaugurate flyover projects constructed in Karachi, local media reported on Sunday.

Read more: Why did PM Imran Khan not meet MQM-P leadership in Karachi?

Recently, in a bid to save its alliance with MQM-P, the PTI-led government has reportedly shared its working on 44 development projects with an estimated cost of Rs119 billion for Karachi to its coalition partner.

Dr. Khalid Maqbool Siddiqui of MQM-P and Sardar Akhtar Mengal of BNP-M, both allies of the PTI, also attended the opposition’s APC. https://t.co/WhuGQSDUU6

Sources at the PM Secretariat said that there were delays in the execution as some of the projects taken up by the Center were problematic in nature. The projects included the Greater Karachi Water Supply Scheme (K-IV) with a total revised cost of Rs 25.5 billion on a cost-sharing basis of 50:50 by the Center and Sindh government. The planning commission identified major flaws in the project’s design and asked the province to accomplish the project within a stipulated time frame and cost.

Read more: Govt is willing to share progress on 44 development projects with MQM-P

Now there are fears that the project cost has increased as the Sindh government is planning to revise the cost to Rs75 billion. The decision was taken after the inclusion of newly developed areas of the city and installation office megawatt electricity plant to ensure a smooth water supply.

Notably, PTI’s chairman and Prime Minister Imran Khan recently directed a government committee to meet the MQM-P leadership to resolve their grievances after the Karachi-based party received an offer from the Pakistan People’s Party (PPP) to join Sindh Government. Sources inside the government believe that MQM-P is building up pressure on the government to get maximum benefits. It is worth noting that besides other important offices, the Law Ministry is held by Farogh Naseem, a prominent leader of MQM-P.

Analysts believe that the MQM-P’s leadership has achieved what it wanted to; securing funds for Karachi and getting one more seat in the federal cabinet.