Kubra Khan, the beautiful and elegant actress, opened up about her spiritual journey and hinted at quitting the showbiz industry if she failed to maintain a balance between her life and career; just like Hamza Ali Abbasi who recently bid farewell to the entertainment industry on spiritual grounds. 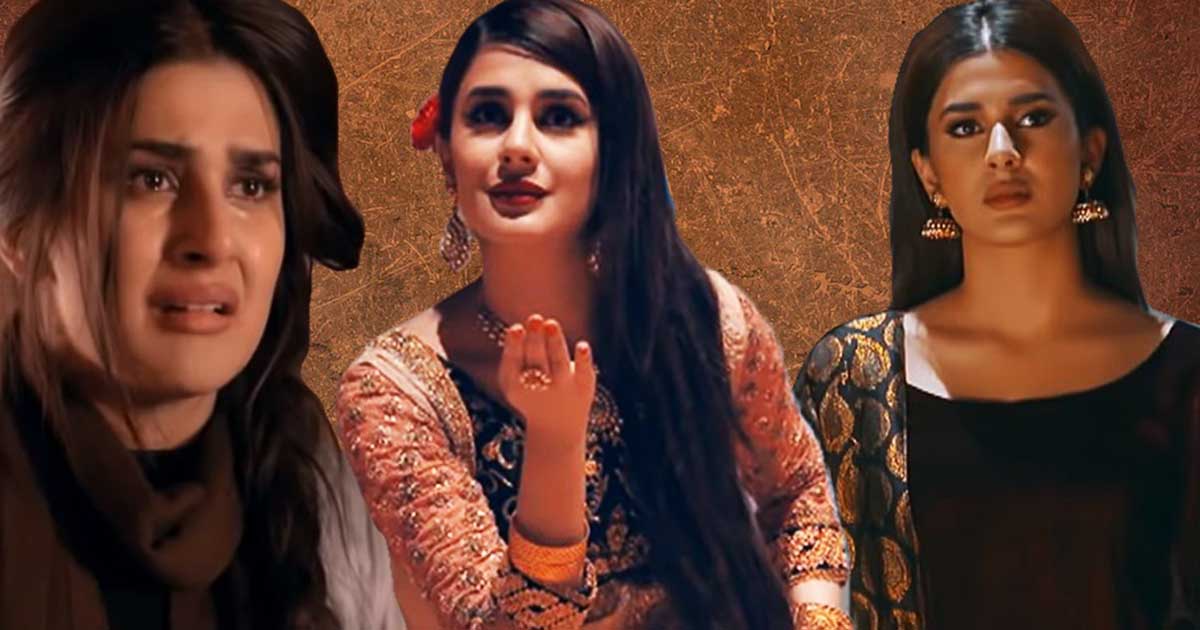 Alif was a ‘Godsent’ project. Kubra Khan in her recent interview with BBC Asian Network talked about the dark phase she was passing through in her life. The wonderful actress, Kubra Khan, spoke at lengths about her transformation and spiritual awakening in her life.

Khan said that her character of Husn e Jahan resonated with her real self. Her spiritual journey in the serial simulated her spiritual transformation in real life. Kubra said in several scenes in the drama she cried naturally that reflected her deep desire to weep endlessly.

Last year, Kubra Khan sat in ‘Aitkaaf’ in Ramadan and after a few months, Kubra’s item song in a movie was released for which actress garnered dissension on social media for hypocrisy.

Social media users slammed the actress that on one hand, she is claiming to get close to Allah, on the other hand, performing in an indecent item song.

Kubra added that Alif came at a point when she was drenched in darkness in her life and did not know where she stands. At that moment she had taken a step back from the entertainment industry and socialization. This was the moment when internal and external changes had started happening in her life. She added that her character Husn e Jahan led her way in real life.

“I didn’t act Husn e Jahan; I think I lived Husn e Jahan. She changed my life so much that I became engrossed into it.”

“Some people may admit to it and some may not, but I think everyone goes through that point where they just don’t know what’s happening anymore,” said the actress.

In the conversation, the actress said that a year ago spiritual awakening happened in her life. She asserted that she is a better person than last year and cherishes the transformation that happened to her internally.

She added that she has developed motherly sentiments for Pehlaaj Hassan during the shoots. Pehlaaj played Hamza Ali Abbasi’s childhood and son of Kubra Khan in the serial.

Read more: We are not doing anyone a favour but ourselves through fasting, says Kubra Khan

In response to a question, the actress hinted at quitting showbiz if she fails to find a balance between her new self and career. The actress had begun her interview by expressing her sentiments that she does not want to be scared when she faces Allah on her deathbed.

The actress asserted that during her spiritual awakening she realized that she can take her fame and glory everywhere but to Allah. The actress also said that she wants her dramas to be better but she is not in the industry for competition.

After Hamza ali abbasi kubra khan also decided to quit showbiz
The Alif drama 2 characters have changed their direction
Is this an coincidence or Alif s spiritual power#Kubrakhan @KubraMKhan pic.twitter.com/7UdBuqdJIa