The US has been engaged in a conflict for more or less 223 times and the main reason behind is "Business". The US is a major arms producer and its companies would go bankrupt if weapons are not sold and used which every American President made sure happens. 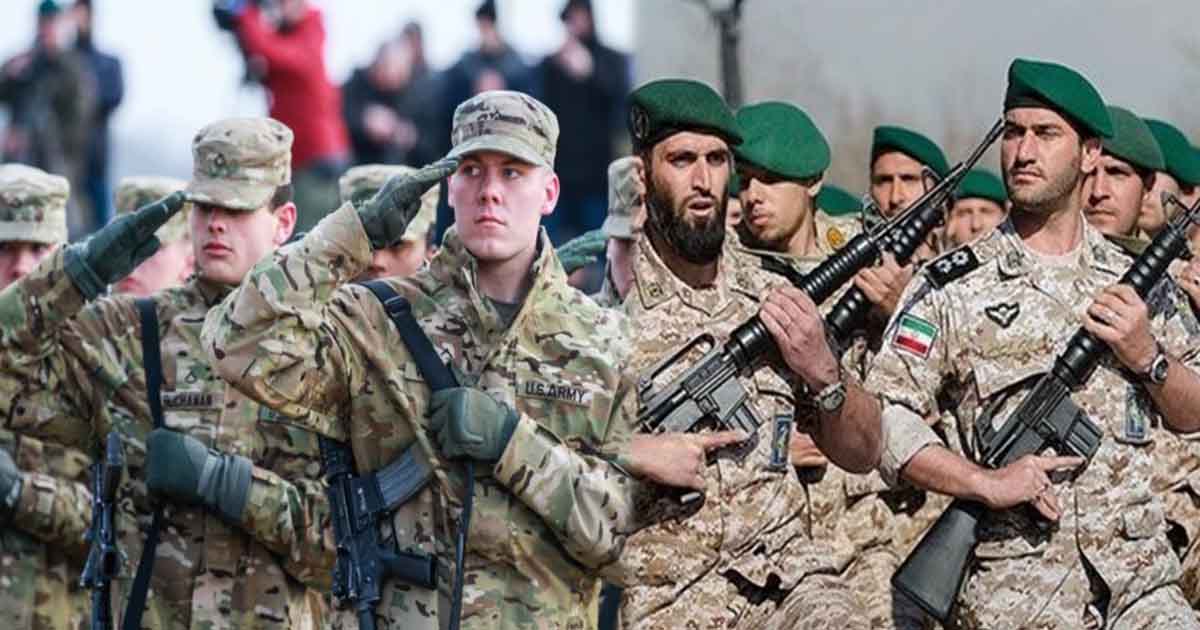 Following the assassination of Iran’s top General Qasem Solemani by America, revered as a national hero by Irani nation and subsequent vow by Iranian supreme leader Ayatullah to avenge the assassinated General, America once again seems on the brink of full-scale war with Iran.

The question that always haunts the intelligentsia and the hoi polloi is that why America can’t help fighting wars? Why its checkered history is replete with wars without any apposite casus belli? The answer to such questions is quite simple that war is an indispensable economic sine qua non of US. Its economy is heavily dependent on its military capital hence, if there is no war in the world, its’ economy is likely to nosedive; the fact – although never acknowledged by US political leaders and seldom by even US media.

The big arms companies operating in the US serve as a vertebral column to its economy. Without continuous and prolonged warfare that requires the deployment of their guns, bombs, tanks, warships, and submarines, they would go out of business. This very situation eggs on the US to be embroiled into war either overtly or covertly.

Great Depression in America only ended during, and because of, WWII. “Economic demand rose spectacularly,” Pauwels writes

According to the chronological account of the US, it has militarily intervened 223 times since its independence. So, does the fault lie in the evil nature of the individuals who ascend to power or it is the gargantuan appetite of the military-industrial – complex that prompts every US president –whether he is a pacifist, democrat or hawkish- to wage a war—definitely, it is America’s big arms manufacturers that keep the country engaged in wars since it is the question of their survival.

The chronological record further shows that whenever there is a conflict, anywhere in the world; nine times out of ten, it is the US, who is involved in some capacity. It has a long history of engineering coups, toppling regimes and baking military juntas all around the world.

According to economic luminaries, America is a state that is oxygenated by its war industry. It is believed that the joint venture between the US arms industry and the government is as old as the country. Even the American civil war turned out to be immensely profitable for American arms manufacturers. However, the end of the war resulted in the decline of demand that led many gun-making companies to bankruptcy. But those who managed to secure foreign contracts continued to mint money out of this business. Later, the Spanish -American war also helped the warmongers and arms manufacturers.

The story does not end here. Under capitalism, the destruction of one country or the region feeds into the prosperity of another state or the region. This is what exactly happened during World War 1. The US remained neutral during most of WWI and entered the conflict in April 1917. But the mobilization of its economy was extraordinary. Over four million Americans served in the armed forces and the American economy produced a vast supply of raw materials and munitions.

The end of the war resulted in a huge slump in production. Some historians claim that the state of peace was one of the contributing factors that led to the Great Depression. The economic crisis created unemployment and some experts claimed that the unemployment rate shot up to 25 percent.

This grim situation prompted Roosevelt, the then US president, to launch the ambitious New Deal. But it is believed that the deal created jobs for only four million Americans while World War II provided every American with a job.

According to Dr. Jacques Pauwels, it cannot be denied that the Great Depression in America only ended during, and because of, WWII. “Economic demand rose spectacularly,” Pauwels writes. “The war allowed American industry to produce unlimited amounts of war equipment… In addition, the American industry also supplied a humungous amount of equipment to the British and even the Soviets via Lend-Lease. The key problem of the Great Depression – the disequilibrium between supply and demand – was thus resolved because the state ‘primed the pump’ of economic demand by means of huge orders of a military nature”.

The war warded off the effects of the Great Depression, giving Americans higher wages and increasing their purchasing power. It is widely believed that American giants also immensely exploited this dreadful carnage of the 20th century.

According to historian Stuart D Brandes, “between 1942 and 1945, the net profits of America’s 2,000 biggest firms were more than 40 percent higher than during the period 1936-1939… This largesse benefited the American business world in general, but in particular that relatively restricted elite of big corporations known as ‘big businesses or ‘corporate America’. During the war, less than 60 firms obtained 75 percent of all lucrative military and other state orders”. Many economists claim that a phenomenal increase was witnessed in economic activity during wartime. For instance, the GDP growth skyrocketed to over 17 percent in 1942.

After WWII, the USSR was used as a bogey to multiply affluence earned through military spending. The Korean War may have killed three million people but it helped Washington achieve a phenomenal GDP growth rate of 11.4 percent in 1951 despite the fact that WWII was over. Although this growth decreased in subsequent years, it once again witnessed a boost in 1966 during the Vietnam War.

So, the entire episode of cold war supported the American arms industry. The industry simultaneously became one of the largest sources of employment for Americans. The arms industry’s role in job creation continues to this day.

To some extent, such dependence fuels conflict as well. After the collapse of the Soviet Union, the arms industry witnessed a downward spiral. But soon, the bogey of Al-Qaeda and the war on terror was coined.

The largest American export deal to date is related to munitions. Trump struck a deal worth over $300 billion with Saudi Arabia. His administration is also making efforts to strike arms deals with Japan, Qatar, and other states. So, the question worth million dollars is: who is going to buy American arms if there is peace in the world?

According to an article penned by history professor Robert Reich in 2010: “Over 1,400,000 Americans are now on active duty; another 833,000 are in the reserves, much full time. Another 1,600,000 Americans work in companies that supply the military with everything from weapons to utensils”. This reflects the dependence of Americans on arms companies for job creation. After 2008, the specter of unemployment haunted Americans. Reich believed that if the country did not have this giant military jobs program, its unemployment rate would be over 11.5 percent in 2010 instead of 9.5 percent.

Intellectuals believe that the US needs to get rid of this military spending and direct its resources towards other sectors that could create more jobs. A research report of Brown University found that investments in elementary and secondary education create nearly three times as many American jobs as defense spending while healthcare creates about twice as many jobs. While $1 million spent on defense creates 6.9 direct and indirect jobs, the same amount spent on elementary and secondary education creates 19.2 jobs. Around$1 million spent on healthcare creates 14.3 jobs.

To cap it all, America’s ruling elite needs to divert its people’s hard-earned money towards such sectors. This policy will not only end Washington’s reliance on wars to create jobs at home but will also save millions of lives that are annihilated due to the insatiable appetite of the military-industrial complex.

Americans should take inspiration from the “Cross of iron” speech that president D. Eisenhower delivered in April 1963. Here is a crucial excerpt from that speech: “Every gun that is made, every warship launched, every rocket fired signifies, in the final sense, a theft from those who hunger and are not fed, from those who are cold and are not clothed. The world in arms is not spending money alone. It is spending the sweat of its laborers, the genius of its scientists, and the hopes of its children.”

Insurgencies in Iran, driven by poverty and discrimination