Amid talk of sanctions, war, revenge, blood & strikes, Trump calls it "All Well" & offered the US' willingness for peace. What game both countries are playing at? What will be the outcome of this scuffle? 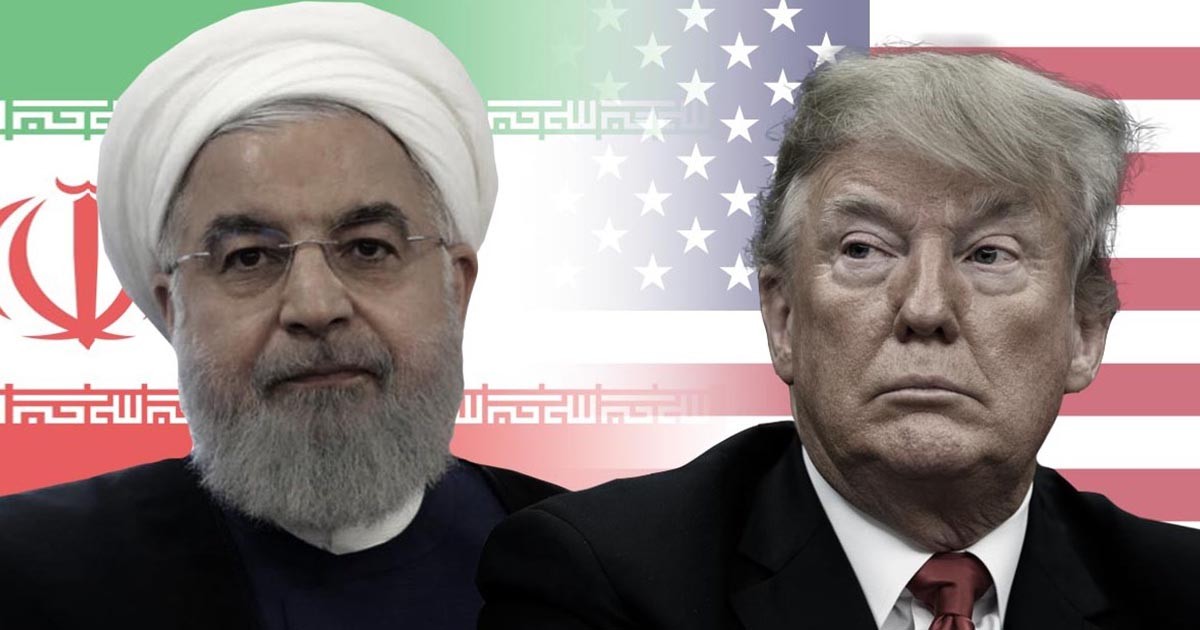 That is becoming increasingly obvious in the US-Iranian tit-for-tat on an Iraqi gameboard.

Hobbled by harsh US economic sanctions and a weak military hand, Iran has perfected the art of asymmetric warfare and carefully calibrated operations as well as acts of political violence, an approach that the United States 40 years after the 1979 Iranian revolution has yet to come to grips with.

Iran’s firing of missiles at two US bases in Iraq in its initial military response to the killing of Iranian general Qassim Soleimani deftly served multiple purposes while leaving the door open to de-escalation.

The Iranian missiles targeting the bases, part of what Iran dubbed Operation Harsh Revenge, were launched as millions crowded the streets of the city of Kerman for the funeral of Mr. Soleimani, the third day of a mass outpouring of mourning, public anger and calls for revenge.

Mr. Trump refrained from responding militarily to numerous attacks, including last year’s Iranian downing of a US drone, attacks on tankers off the coast of the United Arab Emirates

Using guided precision missiles, Iran was careful to demonstrate its capability while not causing further US and/or Iraqi casualties that almost certainly would have provoked a harsh US response.

Driving the point home, Iran’s spiritual leader Ayatollah Ali Khamenei described the missile attacks as a “slap in the face” of the United States.

Mr. Khamenei went on to say that Iran’s real revenge would be the expulsion of US forces from the Middle East. “Military actions in this form are not sufficient for that issue. What is important is that America’s corrupt presence must come to an end in this region,” he said.

In a televised address, Mr. Trump, flanked by Secretary of Defense Mark Esper, Vice President Mike Pence, Secretary of State Mike Pompeo and several members of the military top brass. appeared to respond positively to the Iranian overture, cloaking it as Iran “standing down.”

Amid the bluster justifying the killing of Mr. Soleimani, promises to impose additional sanctions against Iran, vows that Iran would not be allowed to develop a nuclear weapon, and extolling American military and economic might, Mr. Trump insisted that “the United States is ready to embrace peace with all who seek it.”

He noted that the US and Iran had a common interest in fighting the Islamic State, one reason why Mr. Soleimani was a popular figure in Iran, and went on to say that “we should work together on this and other shared priorities.”

Determined not to get embroiled in another Middle East war, Mr. Trump’s acknowledgment of the Iranian gesture hardly comes as a surprise.

Mr. Trump has in the past nine months exercised in military terms the kind of strategic patience that Iran adopted in the first 18 months after the United States withdrew in 2018 from the 2015 international agreement that curbed Iran’s nuclear program and imposed its economic sanctions.

Iran in May/June of last year switched its posture to one of calibrated escalation after Europe, Russia and China proved unwilling and/or incapable of salvaging the nuclear accord in a way that Iran would be at least partially compensated for the severe impact of the sanctions.

Mr. Trump refrained from responding militarily to numerous attacks, including last year’s Iranian downing of a US drone, attacks on tankers off the coast of the United Arab Emirates, and two key Saudi oil facilities.

Those attacks were the ones that caught the most international attention, but were, according to US officials, only the tip of the iceberg.

The officials said there had been some 90 attacks on US targets in Iraq since May 2019 carried out by Iranian-backed Iraqi militias, including Kataeb Hezbollah, whose leader, Abu Mahdi al-Muhandis, was killed alongside Mr. Soleimani.

The attacks were intended not only to force the US to escalate tensions by provoking a military response in the hope that it would lead to a return to the negotiating table but also an environment conducive to a withdrawal of US forces from Iraq at the behest of the Iraqi government and/or public pressure.

“The nearly eight months in which the United States did not respond forcefully to a series of military provocations and attacks almost certainly contributed to the increasingly assertive and audacious actions by Iran and its proxies,” said Michael Eisenstadt, an expert on the military and strategy at the Washington Institute for Near East Policy (WINEP).

Mr. Trump’s apparent, so far disproven, belief that bluster and intimidation will force his adversaries coupled with television images of the besieged US embassy in Baghdad is likely what persuaded him to respond disproportionately to the killing of a US contractor by assassinating Mr. Soleimani.

Iran hopes that the scare of an escalating tit-for-tat that gets out of control will energize efforts to bring the United States and the Islamic Republic back to the negotiating table.

The way to avoid these outcomes is to work with allies and other intermediaries to offer Iran a diplomatic solution, before the slide toward war becomes irreversible

To do so, a third party with leverage on both sides of the divide like Oman would have to bridge a gap on the terms of reviving negotiations aimed at reinstituting the nuclear accord that has been widened by Mr. Soleimani’s killing.

Revival of the agreement would have to involve revised terms that include Iran’s controversial ballistic missiles program and support for proxies across the Middle East, the core of its defense strategy.

Timing is of the essence. Dialing down tension at best buys the United States and Iran time. It does not solve anything.

Mr. Pompeo, the US Secretary of State, insisted this week that the Trump administration’s goal was to “contain and confront” Iran.

Iran retains a vested interest in strategic escalation. It may hope that the current crisis is the monkey wrench that breaks the logjam but will seek to again push things to the brink if it is disappointed.

Said The Washington Post in an editorial prior to Mr. Trump’s latest remarks: “The way to avoid these outcomes is to work with allies and other intermediaries to offer Iran a diplomatic solution, before the slide toward war becomes irreversible. In short, what’s needed is Mr. Pompeo’s ‘de-escalation,’ not Mr. Trump’s reckless threats.”

Mr. Trump has proven that he can go either way.

US puts NEW sanctions on Iran, despite calls for relief