America faces not one but two pandemics

Both of these pandemics faced by America have astonishing similarities. Both breed on the gullible and disproportionately affect the marginalized. Both have taken lives. Both dictate behaviour. One is the coronavirus and the other is racism. 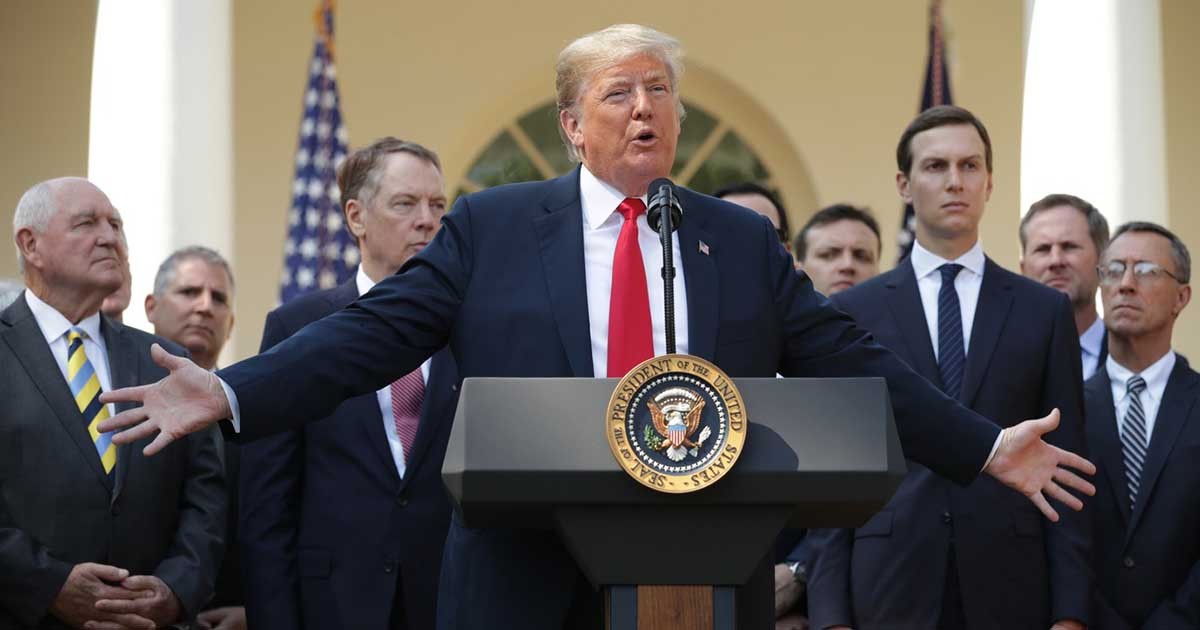 America is being ravaged by not one, but two, pandemics and both have a lot in common. Both are invisible, equally widespread, mutate in response to any intervention, and have no immediate cure available. The similarities don’t just end there. Both are carried, manifested, and spread by asymptomatic people, making their management very near impossible. And they both disproportionately affect those with pre-existing conditions. The first one is the coronavirus and the second racism.

Those that are disproportionately inflicted by this particular virus are folks with pre-existing conditions of being quasi-educated, ill-informed, underemployed, economically distressed, socially marginalized – people who have seen their illusion of American exceptionalism gradually fracture within their lifetime.

While Covid-19 may pass, racism is deeply enmeshed in the very fabric of America. It is sheer irony that their constitution and its preamble that states all men are created equal, and which is heralded as a unique social contract (which it is not, by the way – its precursor was drafted more than fourteen hundred years and ten thousand kilometres away) was written by a slave owner.

Racism is in fact so deeply embedded that 157 years of formal emancipation, four years of civil war, 58 years of Civil Rights Legislation, and 8 years of a black presidency have barely made a dent.

America: racism as a backlash of Obama’s presidency

In fact, many argue that Barack Obama’s presidency actually exacerbated the situation. It seems Trump was elected out of pure spite, just so they could respond to the rallying cry of “Yes, we can” with an emphatic “How dare you”.

It is highly likely that this is the case. After all Trump, since his election, has deliberately and systematically dismantled whatever his predecessor had achieved. In his infantile slash and burn, bring it down, throw the baby out with the bathwater approach, he has regressed America back to where it stood almost a century ago. His campaign slogan of “Make America Great Again”, inspirational as it may sound, is deeply flawed both in its admission and its manifestation.

It admits that America is not as great as it used to be, and secondly, it completely misdiagnoses the causes of American decline.

This is not unprecedented, in fact almost all nations or polities, in examining their past, misread the reasons for their ascendancy. Muslims, as a body, are in fact guilty of this as we speak, but that is a discussion for another time.

How protests at the death of George Floyd at the hands of police in the US spread across the globe https://t.co/L4gyTmYj8X

Uneven distribution of wealth in America

America was built on the unparalleled wealth generated through broad and full participation of every level of society – high skilled entrepreneurs, middle-class managers, and the hard work of lower-tiered workers. That prosperity was not only shared proportionately within their society, but was utilized to build a patriarchal sphere of global influence and power that projected an aura of American exceptionalism. But those were different times and a different world.

Now, only the highly skilled and extremely innovative section of society is reaping economic rewards, with the middle and lower level hollowed out by the ravages of cheap labour and outsourced production. The allies and influence that America “bought” with its largesse is being increasingly viewed as a mill around their cash-strapped neck.

The generation of Americans that built that whole edifice is puzzled by this new reality, they happen to be predominantly white, are generally angry, and they are seeing themselves as under siege. Everyone and everything is an enemy. China is robbing them, the EU is freeloading, Muslims are out to destroy it, the Russians are conniving, Hispanics are creeping in, the blacks are weighing them down, the liberals are defiling their values – the list goes on and on.

Read more: How racism & inequality has worsened the COVID-19 pandemic

This victimhood syndrome is highly toxic and dangerous, it almost always breeds irrationality and spawns violence. Islam in Pakistan is an apt example of the first, and the situation in Israel is that of the latter.

This gradual shift in a teetering America and its psyche has not just wrinkled its national fabric, it has had far-reaching consequences beyond its borders. Traditional cultural and ideological allies are realigning their relationships. Others that were living under an American security blanket are seeking alternate cover. International Organizations built on American financial support are reaching out to substitute patrons. The ripples of a shaken and stirred America go far and wide.

2020 started off with Covid-19 and will end with a crucial American election. Shaken and stirred is manageable, but a cup spilt over – something that was unimaginable a while ago – does not seem that improbable.

The writer is a Canadian of Pakistani origin, with a career in international development, working around the world for the United Nations and global NGOs for more than twenty years. He can be reached at waseemkakakhel@hotmail.com.The views expressed in this article are the author’s own and do not necessarily reflect the editorial policy of Global Village Space
Previous articlePakistanis heartbroken after Sushant Singh commits suicide
Next articlePentagon surplus handouts stoke the militarization of US police

Trump claims Biden ‘not competent’ and ‘mentally shot’ to be President