Aid agencies terminating their work in Afghanistan after continuous attacks, Afghan Taliban claim these agencies to be spreading un-Islamic teachings 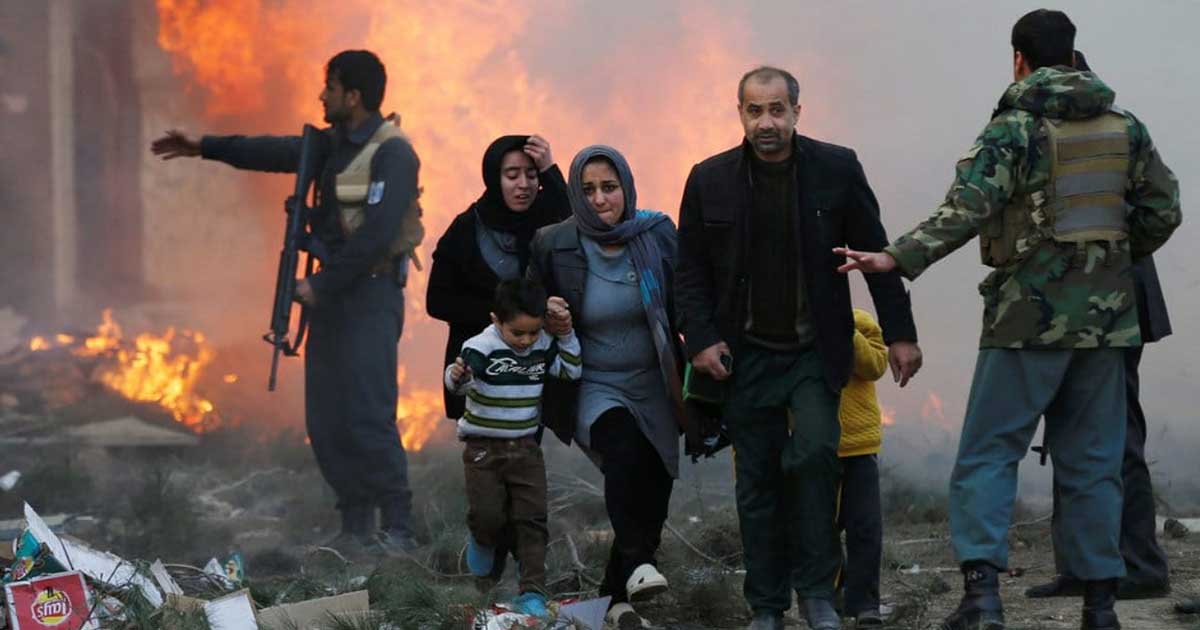 Humanitarian groups were reeling Thursday from yet another attack targeted attack on aid workers in Afghanistan, as authorities confirmed nine people had been killed in a Taliban assault in Kabul a day earlier.

The targeting of Counterpart International, a US-funded non-profit group working with marginalized people, highlights the continued vulnerability of aid groups across Afghanistan, where some organizations have been forced to suspend operations or pare their presence. Wednesday’s attack came during the holy month of Ramadan, and as US and Taliban officials met in Qatar for peace talks – throwing into question the effectiveness of negotiations.

Interior ministry spokesman Nasrat Rahimi said the death toll from a car bomb and follow-up attack in central Kabul had risen from five to nine. Among the victims were three workers – a driver, a watchman and a technical advisor – from anti-poverty group CARE, whose offices are next to Counterpart.

US Secretary of State Mike Pompeo said Thursday that Counterpart runs programmes encouraging peace dialogue and opportunities for women, among other initiatives.

“This attack reflects the increasing dangers of humanitarian work in conflict-affected countries such as Afghanistan and the unfortunate daily reality of violence for many Afghan families,” CARE said in a statement.

Aid Agencies on a Back Foot

Afghanistan was once a hub of foreign aid but deteriorating security in recent years has seen international groups shrink their footprint, making it even more difficult to deliver desperately needed help. Last year was particularly deadly. According to the UN Office for the Coordination of Humanitarian Affairs, 30 aid workers were killed in 2018, compared to 19 in 2017, and 16 in 2016.

“Save the Children” suspended operations across Afghanistan following a 2018 Islamic State group attack on its compound in the eastern city of Jalalabad that killed three employees and wounded several others.

Read more: US withdrawal from Afghanistan focus of next talks: Taliban

Ann Hudock, Counterpart’s president, and CEO, said attackers had targeted “innocent civilians, development professionals who dedicate their lives to improving the lives of Afghanistan’s most vulnerable, including women, youth, and the disabled”. The Taliban, known for their brutal repression and isolation of women before their ouster in 2001, said they hit Counterpart because it promoted the “inter-mixing” of men and women.

Insurgent spokesman Zabihullah Mujahid said on Twitter the aid group had mentored “Kabul admin workers in various aspects of brutality, oppression, terror, anti-Islamic ideology & promotion of western culture”. Founded in 1965, Counterpart is primarily funded by the US State Department and the US Agency for International Development (USAID).

Mujahid accused the group of being “involved in harmful western activities inside Afghanistan”. US Secretary of State Mike Pompeo said Thursday that Counterpart runs programmes encouraging peace dialogue and opportunities for women, among other initiatives. “This violent attack is a senseless assault on the noble values that the organizations like Counterpart support, such as service to others, education, and inclusion,” Pompeo said.

In 2017, the Taliban said hurting civilians during Ramadan was a “crime”, but this year they claimed jihad was more rewarding during the holy month of fasting and good deeds.

Strongly condemn Taliban attack against U.S. NGO in Kabul today. The targeted organization helps local communities, trains journalists and supports the Afghan people. For this, it is the target of senseless violence. Thanks to Afghan Security Forces for rapid response.

Wednesday’s attack began with a car bomb in a busy commercial area. The massive explosion felled trees and shredded concrete blast walls. The blast radius extended hundreds of meters (yards), blowing out windows in nearby homes and businesses.

In addition to the nine dead, 20 civilians were wounded in the attack, which saw four Taliban gunmen storm the Counterpoint compound after the blast. They all were killed after Afghan commandos led an hours-long clearance operation.

Dozens of workers swept debris and broken glass from streets in the popular Shahr-e-Naw neighborhood in central Kabul, home to shops, restaurants, and hotels. Meanwhile, in the Qatari capital Doha, a sixth round of talks between US peace envoy Zalmay Khalilzad and the Taliban ended, with both sides citing some progress.

Read more: The plague of violence against women is on rise in Afghanistan…

“However, the current pace of talks isn’t sufficient when so much conflict rages and innocent people die. We need more and faster progress,” Khalilzad tweeted.

The two foes have for months been trying to hammer out a deal that could see foreign forces leave Afghanistan in return for a ceasefire, talks between Kabul and the Taliban, and a guarantee the country will not be used as a safe haven for terror groups. Several critics said Wednesday’s attack highlighted the apparent contradiction of America asking the Taliban to safeguard Afghanistan, given the group’s use of terror tactics.

“The ‘Taliban’ embody crime, which is not amenable to peaceful conflict resolution initiatives,” Afghanistan’s chief executive Abdullah Abdullah said on Twitter. “They misinterpret our goodwill as weakness and misuse peace negotiations to seek legitimacy for heinous crimes of the sort they committed yesterday in #Kabul.”

Read more: Four killed in attack on US convoy in Afghanistan

Afghan President Ashraf Ghani last week offered the Taliban a ceasefire beginning on the first day of Ramadan – but the insurgents refused. In 2017, the Taliban said hurting civilians during Ramadan was a “crime”, but this year they claimed jihad was more rewarding during the holy month of fasting and good deeds.

China warns against ‘bullying’ of its citizens