Pakistani origin British Boxing champion has fallen for the conspiracy theory that corona virus is spreading because of 5G cellular technology - and represents a plan to kill elderly to reduce population. 5G Towers have been attacked across the UK believing that these are affecting human immune systems. 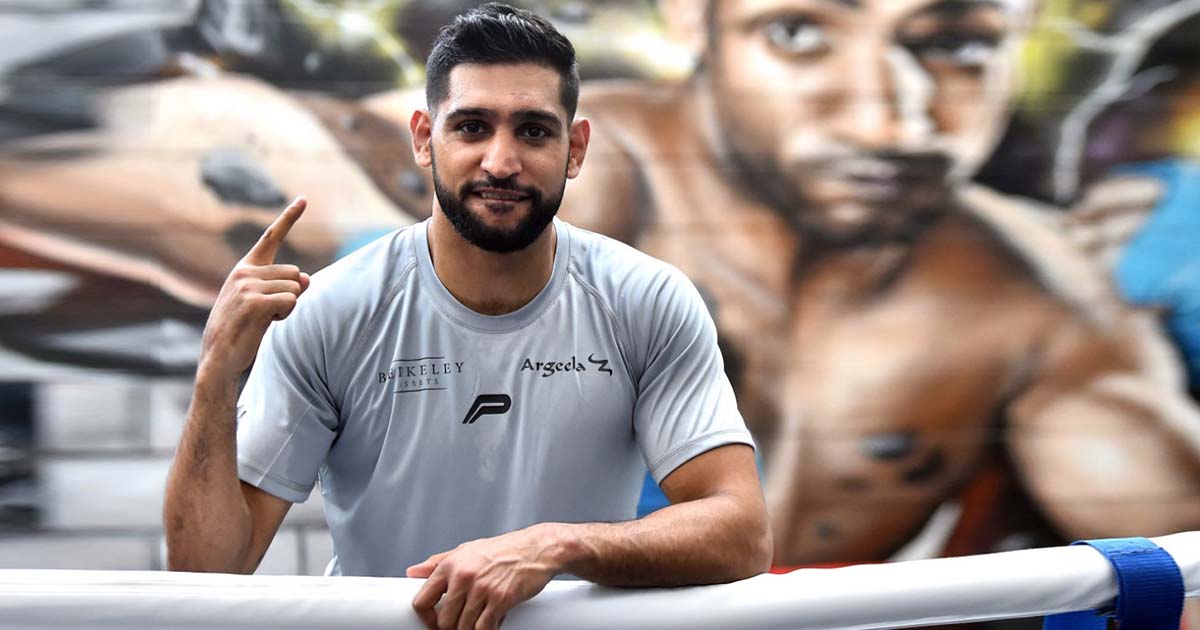 Pakistani origin British boxer, Amir Khan, has succumbed to the bizarre conspiracy theories pitched on coronavirus. He believes coronavirus is man-made that has been consciously designed to kill the elderly and reduce the population.

He rubbished the prevailing scientific thoughts and claimed that the pandemic was ‘put there for a reason-while they test 5G.’ The conspiracy theories claim that 5G radiations pose a health risk.

One suggests that 5G harms the immune system whereas other claims the virus is using the network’s radio waves to communicate and pick victims. Researchers have discounted these claims, asserts that 5G is still using the ‘non-ionizing’ waveband which means that it cannot break apart the chemical bonds in the DNA in our cells to cause damage.

The 33-year-old boxing champion Amir Khan seems to give unfounded claims that coronavirus is a cover while the UK government installs 5G masts.

“I don’t think it’s coming from China,” he said. “That’s a lie. People are saying that they were eating bats and snakes and other poison mixed stuff. What bullshit is that? Do you believe that? I don’t.” Amir Khan said in an Instagram video.

“Coronavirus this, the coronavirus that – you’re probably getting bored of it, as I am. Do you not think it’s anything to do with that 5G in these towers that are going up?

“It’s a man-made thing. It’s been put there for a reason – while they test 5G. It might be for population control – to get rid of a lot of us, especially when they say that it harms old people. Look at these towers, they have been put up at night-time, then telling people not to go out,” Amir Khan further said in a video.

These conspiracy theories linking 5G with corona virus have been spreading on social media for past several weeks. Proponents of the theory argue that 5G signals disturb the architecture of human DNA and weaken man’s immunity. Most, like Dr. Thomas Cowan, MD, of United States, argue that this is unintended consequence of 5G but there are others – like the boxer Amir Khan – who have started believing that this was a plan to eradicate elderly depending on social services. Dr. Thomas Cowan and other scientists suspect that major outbreaks of pandemics like the “Spanish Flu” of 1918 have coincided with use of newer wireless technologies.

Amir Khan’s whimsical comments came following an outrageous episode of vandalizing several 5G towers across the UK in the past few days. Among the hard-hit nations with the pandemic, the conspiracy theory is creeping the UK to the point where British Cabinet Officer Minister Michael Gove had to explain. He debunked the theory as ‘just nonsense as well as dangerous.”

Even the medical director at National Health Services, Stephen Powis, has rejected the theory as ‘fake’.

“The 5G story is complete and utter rubbish, it’s nonsense, it’s the worst kind of fake news. The reality is that mobile phone networks are critical to all of us.

“Those are also the phone networks that are used by our emergency services and our health workers and I’m outraged, absolutely disgusted that people would be taking action against the very infrastructure that we need to respond to this health emergency,” the medical official added.

Reeling on with uncontrolled health crisis of coronavirus ravaging the UK and even affecting its premier Boris Johnson, has left the populace perturbed and furious.

Hence, the statement of top government officials followed to cool off the furious Britons, urged people to maintain sanity and do not fall for unfounded baseless assertions.

The medical director urged not to harm the technology and internet since it is critical for people to keep themselves engaged amid a lockdown.

“This is not acceptable and only impacts on our ability as an industry to maintain the resilience and operational capacity of the networks to support mass home working and critical connectivity to the emergency services, vulnerable consumers and hospitals.”

Coronavirus in Turkey: “Youth will not be allowed … on the street”

Cow urine for sale in India for coronavirus cure