Chief of Army Staff General Qamar Javed Bajwa visited the Gujranwala Corps Headquarters on Friday, where he was apprised on the state of operational preparedness of the troops. He also lauded the nation for displaying solidarity with the Kashmiri struggle for freedom. 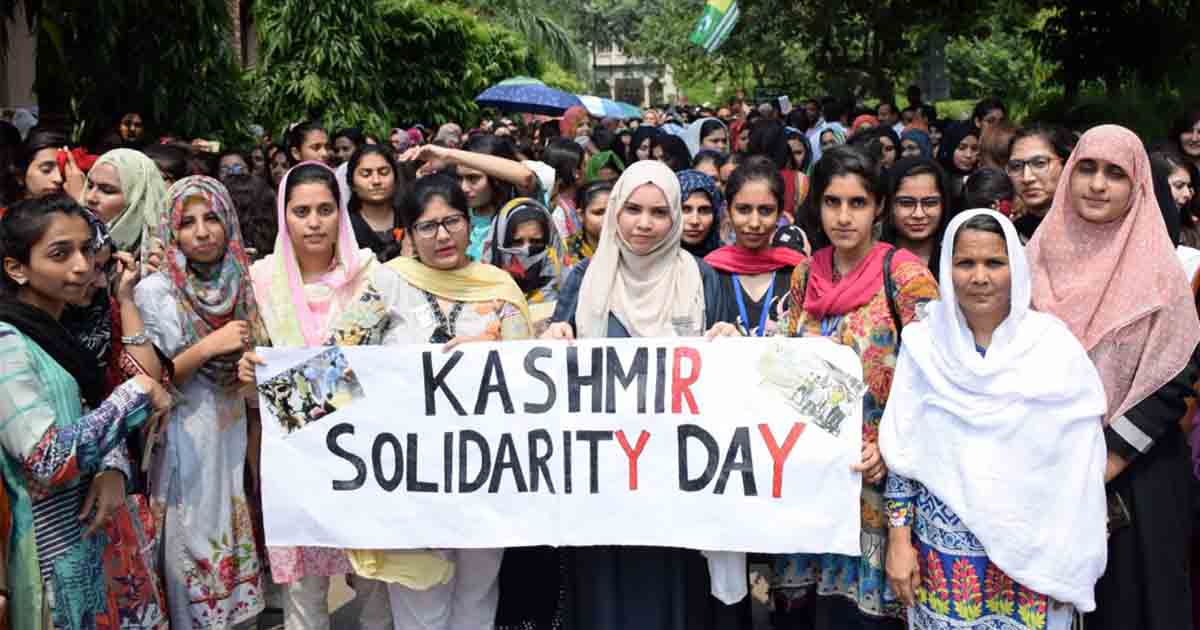 Chief of Army Staff (COAS) General Qamar Javed Bajwa, on Friday, visited the Gujranwala Corps Headquarters, where he addressed the troops, and commended the zealous display of solidarity exhibited by the Pakistani nation with the Kashmiri struggle for freedom.

A press release issued by the Inter Services Public Relations (ISPR) apprised that the Chief of Army Staff visited the Gujranwala Corps headquarters to examine the state of readiness of the troops. During this visit, the Army Chief was briefed on the operational preparedness of the army personnel.

The ISPR further noted that the Army Chief lauded the Pakistani nation for coming out on the streets to exhibit solidarity with the oppressed people of Indian-occupied Jammu and Kashmir during the Kashmir Hour, commemorated on Friday. Gen Bajwa observed that this display of solidarity has sent a “strong message to the world.”

The ISPR quoted Gen Qamar Javed Bajwa’s remarks, “Solidarity displayed by the nation with Kashmiri brethren during Kashmir Hour today is a strong message to the world. The deteriorating situation in IOJ&K is a threat to regional peace.”

The premier has also urged the Pakistani and Kashmiri diaspora to organize a mammoth rally against Prime Minister Narendra Modi in New York.

Earlier on Thursday, the Army Chief visited the formation of Strike Corps, where he was briefed on Pakistan army’s operational preparedness in case of any misadventure launched by the enemy.

The ISPR quoted Gen Bajwa’s remarks, “Strike Corps has critical and decisive role in war. Your state of preparedness, training standards and high morale are very encouraging which enhance confidence.”

These visits have come in the wake of the escalating tensions between the two nuclear-armed neighbors after the Modi administration unlawfully abolished Indian-occupied Kashmir’s special constitutional status, and placed the entire valley under an unprecedented security lockdown and communications blackout.

The people of Kashmir have been subjected to a wide-ranging communications blackout and severe restrictions on everyday movement for over 26 days. Thousands of Kashmiri students and young men have been arrested from their homes.

The Army Chief visited the formation of Strike Corps, where he was briefed on Pakistan army’s operational preparedness in case of any misadventure launched by the enemy.

International media houses and newsmen have reported multiple protests and demonstrations, resulting in clashes between the Indian troops and unarmed civilian protesters, who have been subjected to pellet guns and tear gas.

Earlier on Friday, traffic across Pakistan came to a standstill, even trains halted to a stop as millions poured onto the streets to stage mass demonstrations against New Delhi’s unlawful annexation of the disputed Himalayan region of Kashmir.

At 12pm, the Pakistani nation responded to the sirens ringing across the country, and television and radio channels began playing the national anthems of Pakistan and Kashmir. Traffic lights were turned red, and for thirty minutes, the entire nation stood still, exhibiting solidarity with the oppressed people of Kashmir.

The call for Kashmir Hour was given by Prime Minister Imran Khan to curb New Delhi’s propaganda and rhetoric, and send a strong message to the Indian and international community that the Pakistani nation stands firmly with their Kashmir brethren in this difficult time.

The premier has urged the nation to continue staging demonstrations against New Delhi until he leaves for New York in September, to attend the United Nations General Assembly session. The premier has also urged the Pakistani and Kashmiri diaspora to organize a mammoth rally against Prime Minister Narendra Modi in New York.

Shahid Afridi to set up a cricket academy in Kashmir