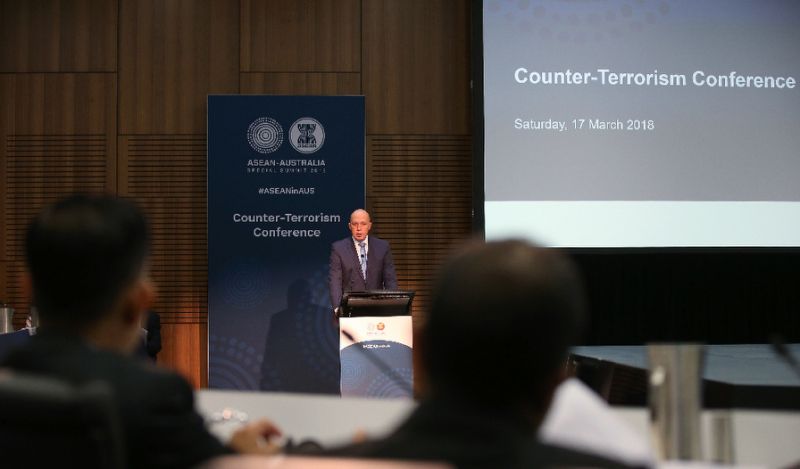 Five people have been stripped of their Australian citizenship for fighting alongside the Islamic State group in Iraq and Syria, with officials saying Thursday the country was a better place without them. They join notorious Islamic State fighter Khaled Sharrouf who made headlines when he posted a Twitter image of his young son holding a severed head as the only nationals to be kicked out under tougher anti-terror laws.

“I can confirm that five more individuals have ceased to be Australian citizens because of their involvement with Islamic State offshore,” home affairs minister Peter Dutton said in a statement. “Fundamentally, citizenship requires allegiance to this country these five dual-nationals have been acting against Australia’s interests by engaging with terrorism and have effectively chosen to leave the Australian community.”

The five are all aged in their 20s and 30s. Dutton provided no further details on their identities but welcomed their exclusion. “Australia is a safer place for not having them return,” he said. Canberra has become increasingly concerned about Australian nationals returning home after fighting alongside Islamic State abroad and has passed a series of tougher national security laws in recent years.

That includes legislation where people can forfeit their citizenship if they also hold a passport from another country, and therefore are not left stateless. Sharrouf, the first Australian national stripped of his passport for Islamic State links, was also a Lebanese citizen. He left Australia for Syria in 2013 with his family.

His Australian wife Tara Nettleton, who went with him, has since died and Sharrouf was believed to have been killed in a drone strike in Iraq in 2015. Later media reports cast doubt on whether he was dead. The fate of their five children remains unknown. Sharrouf sparked international revulsion in 2014 when he posted pictures on social media of his young son Abdullah holding the rotting severed head of a soldier.

Imran confronts Nawaz on his plea to delay the verdict