China has locked down multiple cities amidst growing fears of the deadly corona-virus. All the departing planes, trains and buses have come to a halt in these cities. At least 17 people are dead in China and more than 500 infected as the Wuhan 'corona virus' continues to spread throughout Asia and across the world. 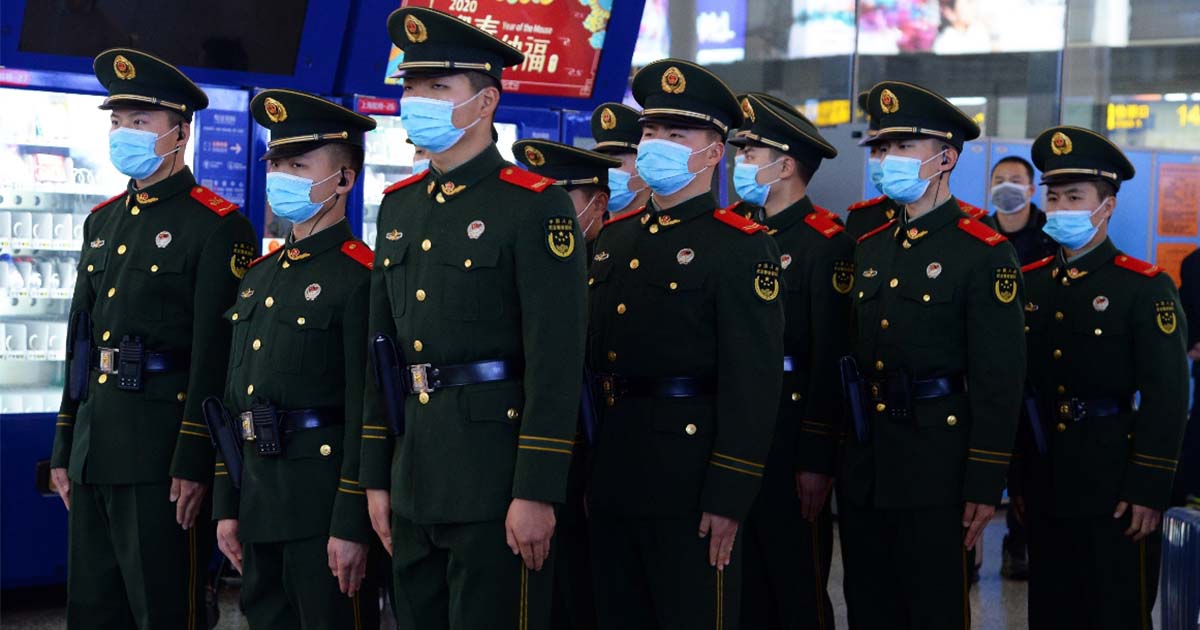 On Thursday, China banned trains and planes from leaving Wuhan, a major city that has become ground-zero of the virus outbreak. Authorities sought to seal off its 11 million people in order to contain the contagious disease that has claimed 17 lives, infected hundreds and spread to other countries.

This outbreak has now spread to the cities of Huanggang and Ezho, leading to their subsequent lock down. At least 17 people are dead in China and more than 500 infected as the Wuhan ‘corona virus’ continues to spread throughout Asia and across the world.

Known for now as 2019-nCoV, the virus is understood to be a new strain of coronavirus not previously identified in humans. The Sars (severe acute respiratory syndrome) virus that killed nearly 800 people globally in the early 2000s was also a coronavirus, as is the common cold.

Authorities in Wuhan, a major transport hub, also suspended public buses and subways, and said residents should not leave “without a special reason”.

More than 570 people have been infected with the virus across China — with most cases found in Wuhan, where a seafood market that illegally sold wild animals has been identified as the epicentre of the outbreak.

The corona virus has caused alarm because of its similarity to SARS (Severe Acute Respiratory Syndrome), which killed nearly 650 people across mainland China and Hong Kong in 2002-2003.

Like SARS, it can be passed among people through the respiratory tract.

The first case of the new virus was confirmed on December 31, and it has since been detected in Japan, Hong Kong, Macau, South Korea, Taiwan, Thailand and the United States.

Several nations including the US have stepped up checks on airport passengers to detect the coronavirus. North Korea became the first country that announced a ban on foreign tourist yesterday in order to stem the spread of the virus into the country.

Read more: Ban on Foreign Tourist due to the Spreading of Deadly Virus

The World Health Organization on Wednesday delayed a decision on whether to declare a global health emergency — a rare instrument used only for the worst outbreaks.

The emergency committee will meet again on Thursday, after its chair, Didier Houssin, said the experts were split over declaring a public health emergency.

“By having a strong action not only will they control the outbreak in their country but they will also minimise the chances of this outbreak spreading internationally,” Tedros said when asked about Wuhan’s transport shutdown.

With hundreds of millions of people travelling across China this week for the Lunar New Year holiday, the National Health Commission announced on Wednesday measures to curb the disease nationwide — including sterilisation and ventilation at airports and bus stations, as well as inside planes and trains.

Wuhan’s special anti-virus command centre said the quarantine measures, which came into effect at 0200 GMT, were meant to “effectively cut off the virus spread, resolutely curb the outbreak and guarantee the people’s health and safety,” according to state media.

A long line of cars headed out of the city on Thursday, with officials checking the temperatures of some drivers, according to images from Chinese media outlet The Paper.

While departures were banned, trains and planes were still heading into the city.

Wang Biao, 28, who works in the advertising industry, was heading to Wuhan to transfer there to another train to Jingzhou, another city in Hubei province.

“My family did ask if I would consider not coming home for the Lunar New Year, but I had already bought tickets,” Wang, who was wearing a mask, gloves and a hat as protection, told AFP on the train.

The city’s tourism and culture department cancelled all group tours until February 8, according to the official Xinhua news agency.

The city had already warned people to avoid entering or leaving Wuhan. Large public events for the Lunar New Year holiday, which starts Friday, were cancelled.

Authorities in Wuhan also made it mandatory to wear a mask in public places, according to state media.

“Those who disregard the warning will be punished according to relevant laws and regulations,” the city government warned, according to Xinhua.

The hashtag “Wuhan is sealed off” was trending on China’s Twitter-like Weibo, with nearly 460 million views.

Animals are suspected to be the primary source of the outbreak, with Chinese health officials saying that the virus originated from the market where wild animals were illegally sold.

But the WHO has confirmed that the virus can be passed between people, at least those in close contact, and Chinese health officials said it could mutate and spread further.

“There are many unknowns to address in this event including clinical severity and the true extent and nature of disease transmission,” said Michael Ryan, head of the WHO’s health emergencies programme.

Countries have intensified efforts to stop the spread of the pathogen — known by its technical name 2019 Novel Coronavirus (2019-nCoV).

PRAYERS FOR ALIYAH: 3-year-old Azusa girl fighting for her life after contracting coronavirus

Passengers are facing screening measures at five US airports and a host of transport hubs across Asia.

European airports from London to Moscow have also stepped up checks and Nigeria, which has many citizens working in China, said it would start checks at entry points.

Chinese authorities on Thursday reported dozens of new infections, bringing the confirmed total to 571. About 5,000 people remain under medical observation.

WHO chief Tedros said there was “stability” for the moment.

The total number of confirmed cases of the 2019 novel #coronavirus reported globally to date is 581.

The total number of cases from mainland China 🇨🇳 is 571. This includes 95 severe cases and 17 people who have died.#nCoV2019 pic.twitter.com/cf5gslJDP6

“We don’t see any significant variation but at the same time we also believe that we have to be cautious,” he said.

Tedros also praised China’s openness about the outbreak as “commendable”.

But a senior US State Department official said Washington was “still concerned” about transparency in the Chinese government.

During the SARS epidemic, the Chinese government took months to report the disease and initially denied WHO experts access to southern Guangdong province, where it originated.

Where the US aid package for Palestine went? Envoy rejects US boastings

Why does PPP deny any assistance from center?