Brazil is one of several countries holding trials of the so-called Wolbachia method, which began in Australia in 2011, to tackle the virus that infects tens of millions around the world every year. The self-sustaining process does not involve genetic modification (GM), which has been tested in Brazil and elsewhere. 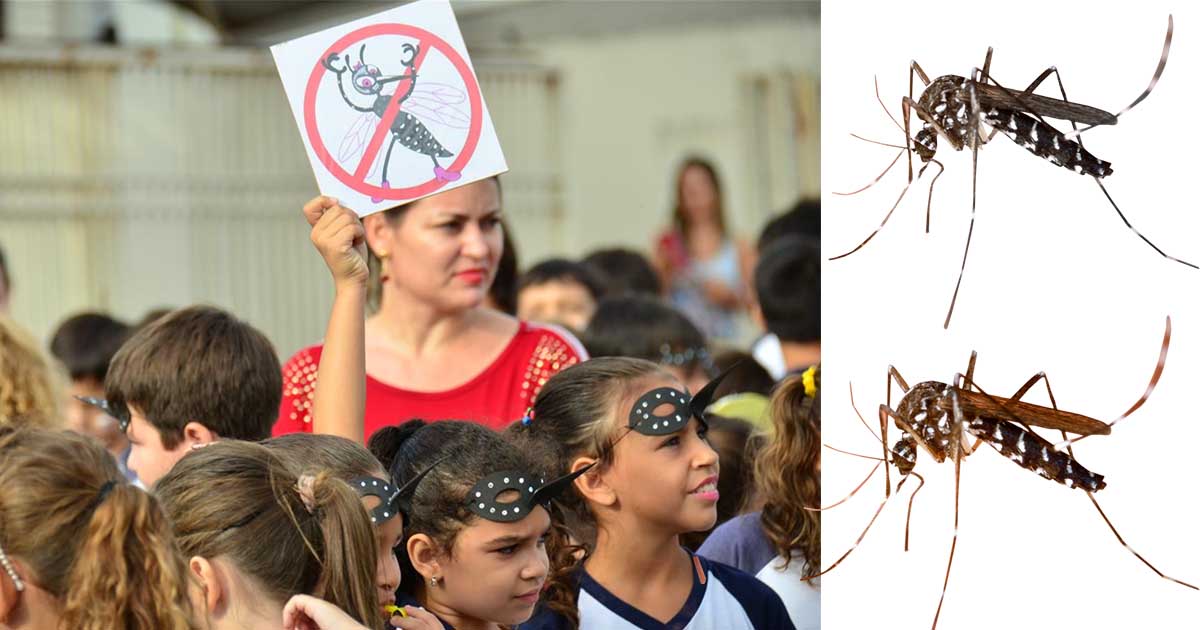 Dengue-resistant mosquitoes breed in a Rio de Janeiro laboratory, producing offspring infected with bacteria packing a punch in the fight against the deadly virus, which is exploding across Brazil this year.

@wmpglobal's latest research paper https://t.co/aZViUvfewq reveals that #Cairns and surrounds are close to #DengueFree. Thanks to our sustainable #Wolbachia method, transmission of the potentially fatal disease has essentially disappeared from the region. #ReleasingHope pic.twitter.com/yk0HQPmbeL

Scientists are using Wolbachia, a bacteria common among insects except the dengue-transmitting Aedes aegypti mosquito, to dent the spread of the debilitating virus and other illnesses including Zika and chikungunya.

Mandetta hopes it will be ready next year. In the meantime, he said, Brazilians should brace for a “very tough summer.”

Since 2015, the Fiocruz institute in Rio has been producing mosquitoes infected with Wolbachia and releasing their dengue-hardened offspring into the densely populated city and neighboring Niteroi. The hope is they will spread the bacteria by reproducing with wild mosquitoes.

Wolbachia works in two ways: it boosts a mosquito’s immune system, making it less likely to contract dengue. But if the mosquito does get dengue, Wolbachia makes it harder for the virus to grow inside the insect and be transmitted to humans.

So far, results are promising. Scientists involved in the trial report a “significant reduction” in cases of dengue and chikungunya in targeted neighborhoods. Tests show more than 90 percent of mosquitoes in areas where the first infected insects were released more than three years ago have the bacteria.

Read more: Why is Zika virus a threat for Pakistan?

But Wolbachia is not the silver bullet for eliminating dengue, Luciano Moreira, head of the project in Brazil, tells AFP in a lab as workers walk around waving electrified mosquito racquets to zap insects that have escaped from test tubes.

“Where there are people, there are mosquitoes,” Moreira explains, surrounded by hundreds of tubes holding thousands of Wolbachia-infected mosquitoes. “We always say we are not the solution, it has to be an integrated process done together.

The hope is they will spread the bacteria by reproducing with wild mosquitoes.

“People still have to destroy breeding sites at home. You want to have less mosquitoes, but mosquitoes with Wolbachia. “If there is a vaccine you can use it in conjunction with that … it has to be a combination.”

Brazil is one of several countries holding trials of the so-called Wolbachia method, which began in Australia in 2011, to tackle the virus that infects tens of millions around the world every year. The self-sustaining process does not involve genetic modification (GM), which has been tested in Brazil and elsewhere.

In one GM trial, thousands of male mosquitoes carrying a “self-limiting gene” designed by British biotech company Oxitec were released in the eastern Brazilian state of Bahia between 2013 and 2015.

The number of viable offspring fell dramatically, suppressing the wild mosquito population by an average of 70 percent compared with before the release, Oxitec found. But mosquito numbers rebounded after the project ended.

Moreira says previous attempts to wipe out mosquito populations have failed. “There are too many (mosquitoes),” he says.

Thousands of bacteria-carrying mosquitoes at Fiocruz institute are the descendants of insects originally infected with Wolbachia at Australia’s Monash University. Researchers there took the bacteria from fruit flies and injected it into mosquito eggs using a very fine needle.

The self-sustaining process does not involve genetic modification (GM), which has been tested in Brazil and elsewhere.

The Brazilian insects are kept in small boxes in a temperature- and humidity-controlled room. During their brief lives, which can be as long as 100 days in the lab, females have sex with their male counterparts multiple times.

After mating, the females dine on human blood supplied by a blood bank, and then deposit their eggs on the surface of water held in plastic containers. The eggs, which inherit Wolbachia from the female, are harvested and transferred to large test tubes.

Only female mosquitoes consume blood, which they need to produce eggs, Catia Cabral, supervisor of the insectary, tells AFP during a recent visit. Any blood type is ok, but fresh is always best.

“She is going to prefer 1,000 times more the blood from my arm, but she can’t choose here so she has to eat this blood,” says Cabral, showing AFP a bag of blood from a bank. Within two weeks, the infected offspring have grown into adults and are ready for release.

Brazil’s health ministry plans to expand the program to municipalities in other parts of the country to see if similar results can be produced in different environments. But state and federal government budget cuts mean no more Wolbachia-carrying mosquitoes will be released in Rio or Niteroi after December, Moreira says.

The eggs, which inherit Wolbachia from the female, are harvested and transferred to large test tubes.

He is lobbying authorities to keep the program going. “Rio (state) has had quite large financial problems in recent years and for that reason cannot invest in this project,” Moreira explains. The decision comes as Brazil sees a spike in the number of cases of dengue, which causes fever, rash, nausea and — in some cases — death.

More than 1.4 million cases were registered in the first eight months of this year, health ministry figures show, up 600 percent on the same period in 2018. Nearly 600 people have died so far. Moreira blames this year’s surge on the return of type two dengue, which has not been seen in Brazil for years, meaning many people have no resistance.

Read more: Dams increase the risk of malaria. Here’s why

Unseasonal rain and high temperatures are also fueling the outbreak, the health ministry says. A vaccination for the four types of dengue was in the “final stage of tests,” Health Minister Luiz Henrique Mandetta announced last month.

Mandetta hopes it will be ready next year. In the meantime, he said, Brazilians should brace for a “very tough summer.”

New name for China Virus: WHO calls it ‘COVID-19’