The documentary will cover their family life, their relationship, and career challenges. It will also cover their break, make-up, leaked explicit videos, and baby births 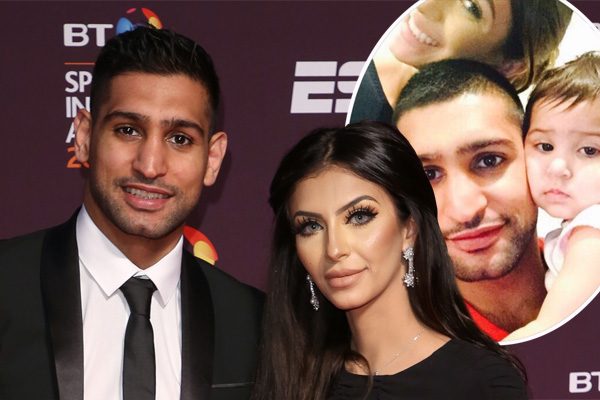 British-Pakistani boxer Amir Khan and wife Faryal Makhdoom will star in a BBC Three documentary on their life, an announcement by the state-owned English channel said. Faryal, 29, and Amir Khan, 33 will star in the documentary and give access to every aspect of their lives.

The documentary is titled Meet The Khans: Big In Bolton. It will cover their family life, their relationship, and career challenges. It will also cover their break, make-up, Faryal Makhdoom’s fights with the in-laws, leaked explicit videos, and baby births. Faryal Makhdoom has already shared the news with followers on Instagram.

The show was announced at the session for Edinburgh TV Festival earlier this week. Fiona Campbell spoke about the new titles coming to the channel. Faryal Makhdoom and Amir Khan had a lavish wedding in New York in 2013. The couple has three children – Lamaisah, six, Alayna, two, and Muhammad Zaviyar, who was born earlier this year.

Boxer Amir Khan recently announced that he would organize a first pro-boxing event in Pakistan. The event will be held in Islamabad on October 3rd. Earlier, the pandemic coronavirus had postponed the boxing event. Now, Amir Khan and Usman Wazir have set the date of October 3rd for the event. This would be Pakistan’s first international boxing show, reports claim.

“This event is going to be held in Amir Khan Boxing Academy Hall Islamabad on October 3. We are going to have likes of Usman Wazir, who is going to make his first Pakistan debut,” Khan said in a video message.

“We are going to hold an amazing boxing event wherein another great fighter Asif Hazara will also feature. He’s a great amateur boxer who has won many gold medals for Pakistan. He’s also going to make his debut [in pro boxing],” he added.

Khan and wife Makhdoom recently stepped in to support the family of child abuse victim Zohra Shah. The employers of the girl had beaten her to death in Islamabad. In an Instagram story, Faryal Makhdoom revealed that they had decided to support the child’s family.

Makhdoom revealed that they were in contact with Zohra’s father and had assured them none of his other children would have to work for money. “Amir and I have personally contacted Zohra’s father and hoping to speak to him shortly. Thank you to everyone… especially the lawyers, barristers, and human rights activists who are supporting us,” she wrote in her Instagram story.

The couple has also decided to set up a child protection fund in remembrance of Zohra Shah. The task of the fund will be to protect children in Pakistan from any kind of abuse. Faryal Makhdoom put up the link of the JustGiving page they have set up to support the family of Zohra Shah.