The coronavirus in Afghanistan has claimed one surprising casualty: extravagant weddings. Afghanistan's wedding industry is tanking as a result of young couples being forced to cut down their guest lists. An economic disaster is brewing. 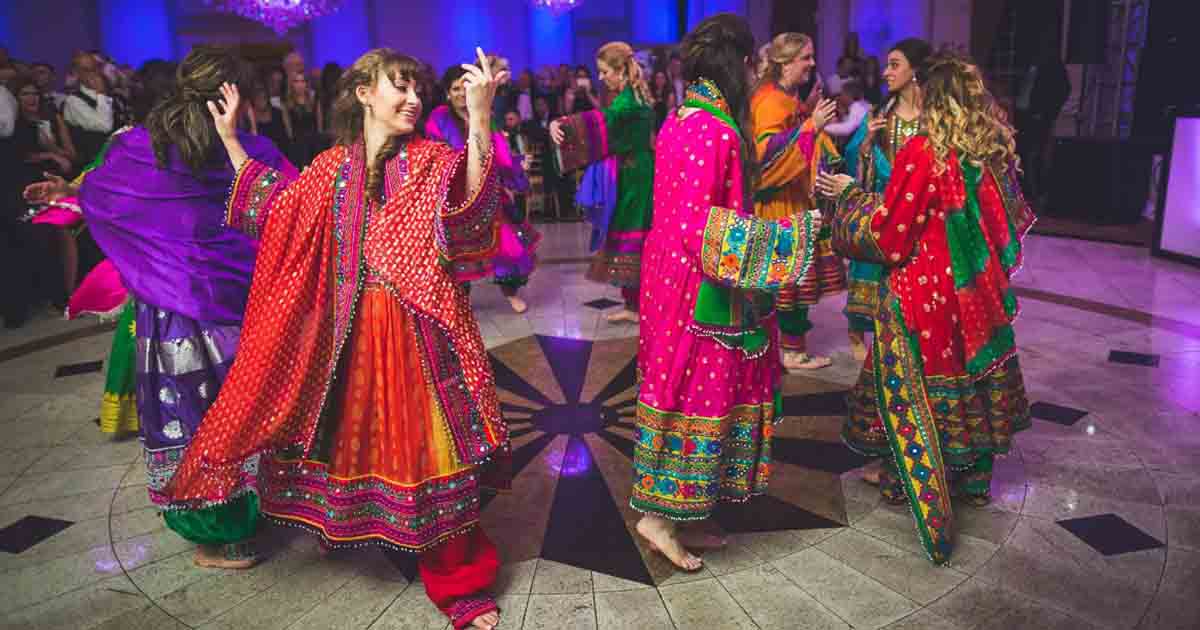 Afghanistan’s coronavirus crisis has freed young couples in Kabul to consider something that once seemed unthinkable: downsizing their weddings. Like its neighbouring countries, extravagant ceremonies with thousands of guests packed into huge halls serving multi-course feasts are a traditional rite of passage in the country.

Grooms can rack up tens of thousands of dollars in debt, while the opulent wedding halls and their suppliers have long been one of the capital’s few economic bright spots.

But with Kabul on lockdown as coronavirus cases rise, some people have pared down ceremonies that have been in the works for months, and in doing so, have added to the ever expanding list of Afghans getting married with simplicity.

A new phenomenon amid COVID

“I have been engaged for the last two years and I was planning to get married in late March,” Latif Faramarz told AFP.

Read more: Middle East: Love and weddings in the Shadow of War

The 26-year-old law student had been preparing to spend around $15,000 and was expecting 1,200 guests but was forced to recalibrate after wedding halls were shuttered in March due to the pandemic.

“I’m not excited about downsizing my wedding, they come only once in a lifetime, it’s a joyous occasion. But I don’t have a choice,” he said, echoing the sentiments of many couples who are getting married in these uncertain times.

The saving has however opened up other ways for the couple to spend their money and Faramarz now plans to study abroad with his future wife.

Marriage in time of #Corona:
Who says we must freeze everything until #COVID19 threat recedes?
We have to learn to live with the virus, and adjust business-as-usual.https://t.co/bfYOo5Qtm1

“Education is the best tool to climb the ladder and become successful,” he said.

Weddings a rare festivity for Afghans at a steep cost

Despite staggering levels of poverty and decades of war, weddings continue to be grand, loud affairs.

Families and friends are crammed into segregated dining halls with occasional low-key dancing, while teams of stressed-out waiters ferry in mountains of food that is quickly devoured at the end of the night.

Photographers swarm around the lucky couple as they enter the hall and pose with family. Women relish the chance to don layers of make-up and wear their finest dresses.

And outside, armed guards keep a careful watch during the festivities, scanning the perimeter of the garishly lit venues that can often be seen from blocks away.

Weddings have been the occasional target of militant attacks, including an Islamic State-claimed bombing in August 2019 that killed at least 80 people.

But the threat of violence has done little to temper the appetite for elaborate weddings and the financial reckoning they bring.

The price tag often plunges the poor into debt that they never escape. Grooms are also expected to pay hefty dowries and finance houses or apartments for the bride’s family.

Shir Ahmad — who asked to use a pseudonym — said he was planning to donate some of the extra cash to the poor after he cut his guest list from 1,000 people to 80.

“I wanted to have an extravagant wedding like my brothers, but my dreams have been shattered due to this virus,” said Ahmad, who will now likely host his wedding at home.

“I will donate the money set aside for the wedding to poor people in Kabul. I think it is not worth having a big party like I wished.”

And while grooms might be saving money, the wedding industry in Kabul has been hit hard, putting thousands of jobs at risk and bleeding millions from the economy.

“Our business is suffering,” said Nadir Qarghayee, who runs the wedding halls union in Kabul.

The city alone is home to 124 halls that employ up to 15,000 people, according to Qarghayee.

“It is a big economic blow to all the wedding halls. They have not operated for nearly two months, but they are still paying the rent and the salaries of the personnel and they have no income,” he said.

Holding wedding gatherings at home comes with its own risk of being caught breaking Kabul’s lockdown rules.

“I can have my party now but I think nobody will come,” said Ghulam Sarwar, after he was forced to delay his marriage.

“The government may take action if we have the ceremony and people come together.”

Previous articleHow bureaucracy of Pakistan could have reformed?
Next articleHow dysfunctional state structures can fail us in every crisis?

19 June 2021
Previous articleHow bureaucracy of Pakistan could have reformed?
Next articleHow dysfunctional state structures can fail us in every crisis?

This modified Suzuki Jimny looks so beautiful from inside & outside