Italian politician Sara Cunial accuses Bill Gates of pandering to the Deep State and asks the Italian government to outlaw compulsory COVID-19 vaccination amid rumours that it may be used to invade privacy. 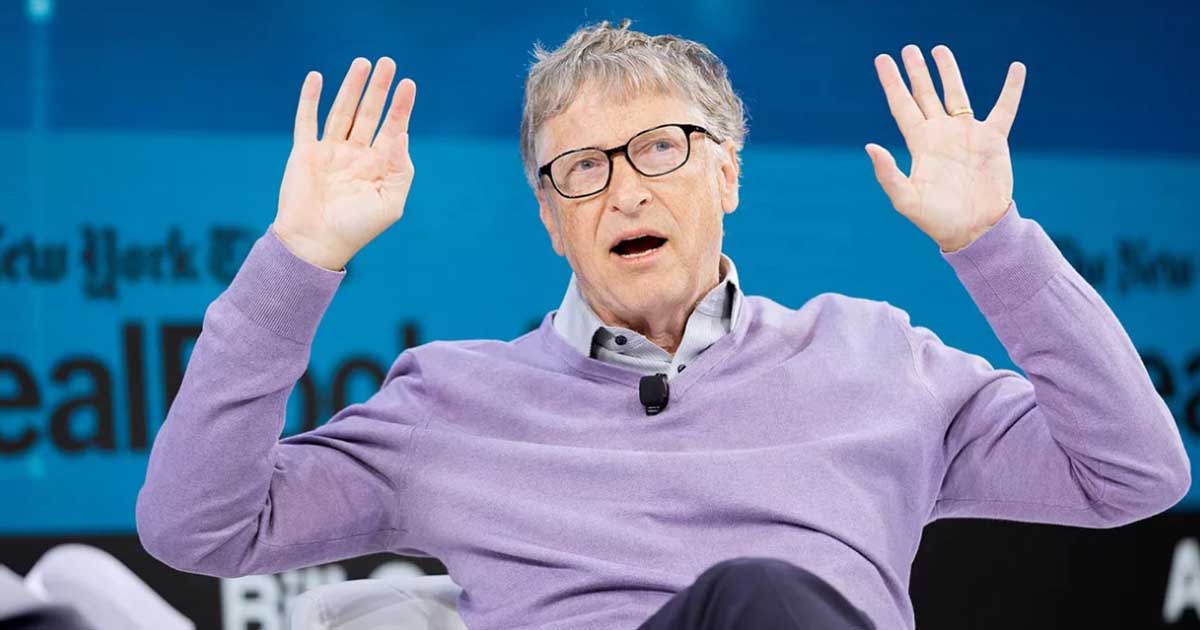 An Italian lawmaker has managed to bring the conspiracy blame-game to an entirely new level, exercising her parliamentary privilege to blast Bill Gates as a “vaccine criminal” and globalist tool.

Bill Gates and his latest anti-coronavirus efforts have been at the center of the wildest theories that explore possible sinister motives behind the billionaire’s activities. In arguably the most high-profile outcry last week, an Italian MP for Rome Sara Cunial delivered a speech rarely (if ever at all) heard in any parliament.

In her passionate address, Cunial called upon fellow lawmakers to defy any plans for compulsory vaccination against Covid-19. Such endeavors are being pushed by the corrupt elites – the Deep State – she claimed, pointing the finger at Bill Gates as one of the main culprits behind the vaccination drive, if not the pandemic itself.

For decades, Gates has been working on depopulation policy and dictatorial control plans on global politics, aiming to obtain the primacy on agriculture, technology and energy.

Being a well-known anti-vax activist, Cunial singled-out Gates as the villain primarily because of the vaccination campaigns that his foundation has been conducting for years in less-developed countries. But while boldly accusing the billionaire of sterilizing millions of women in Africa and paralyzing hundreds of thousands of children in India, she also added a good pinch of GMOs and 5G tech to the dense conspiracy mix of his ‘sins.’

The Italian politician also harshly criticized the anti-coronavirus lockdown measures that her country was among the first to impose. According to Cunial, the isolation serves the globalist agenda too, while the Italians have been subjected to a “holy inquisition of false science.”

The real goal of all of this is total control. Absolute domination of human beings, transformed into guinea pigs and slaves, violating sovereignty and free will.

When hecklers attempted to interrupt her, the president of the chamber called to order – because in a “free parliament anyone has the right to express their opinion” – and scored a round of applause.

Allowed to finish her speech, Cunial raised the stakes even further, pleading with the Italian PM to submit Gates to international justice – unless of course Giuseppe Conte is himself part of the global Deep State conspiracy.

Next time you receive a phone call from the philanthropist Bill Gates, forward it directly to the International Criminal Court for crimes against humanity.

Read more: Will Bill Gates be the first person to invent Covid Vaccine?

While Bill Gates has often been a target of assorted conspiracy theories in the past, the ongoing coronavirus pandemic has ramped up interest in his persona. His quest for a vaccine against the Covid-19, as well as a recent Microsoft patent vaguely describing a device that tracks ‘body activity,’ caused a lot of fuss.

Despite the fact that Bill Gates has technically stepped down from Microsoft’s board and is no longer associated with the corporation, while the ‘sinister’ patent WO/2020/060606 never mentioned any implants, some deduced the billionaire might be planning to sneakily microchip humanity under the guise of coronavirus vaccination… for reasons.

While Cunial’s tirade might sound unprecedented, it’s not particularly shocking coming from a fierce anti-vax activist who was expelled from the 5-Star Movement party last year over her dissenting views.

Read more: Deaths from Covid-19: Who should take more caution?

She also wouldn’t be the first high-profile figure to scapegoat Gates. Russian Oscar-winning director Nikita Mikhalkov made headlines earlier this month after he, just like Cunial, sounded the alarm on national TV about an alleged plot to decimate and control the population of the planet.

Previous articleHuman organ trade: Why do people do that?
Next articleRussia’s improved relations with Pakistan will define the new bipolar world

19 June 2021
Previous articleHuman organ trade: Why do people do that?
Next articleRussia’s improved relations with Pakistan will define the new bipolar world

Sharmeen Obaid’s clarification; was it convincing?