With its Prime Minister in Intensive Care Unit, Britain could see 66,000 deaths, a report has suggested. Europeans are extremely worried as WHO has stated that the pandemic is centered in western Europe. 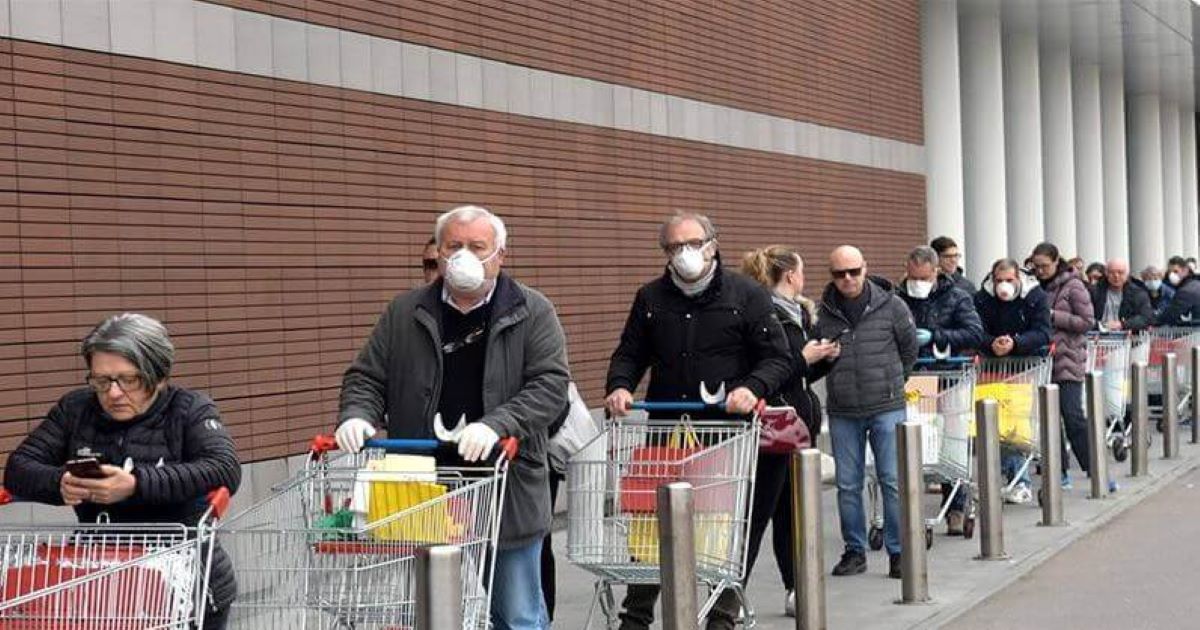 Britain could see as many as 66,000 COVID-19 deaths during the first wave of the current pandemic, new research showed Tuesday, making the outbreak there by far the deadliest in Europe.

Modelling conducted by the Institute for Health Metrics and Evaluation (IHME) at the University of Washington’s School of Medicine showed that approximately 151,680 people were likely to die from the virus across the continent.

While the novel coronavirus emerged in China and was initially focussed in east Asia, the World Health Organization now says the pandemic is centred in western Europe, with Spain, Italy and France experiencing devastating death tolls.

Most European nations have introduced strict social distancing measures to try to stem the virus spread.

Britain could be worst #coronavirus-hit nation in Europe with 66,000 deaths in the first wave of the outbreak – three times Italy’s expected toll – because of the NHS's shortage of hospital beds and intensive care capacity, warn scientists.#Britain..

More than 5,000 people have died from COVID-19 in Britain, fewer than in Spain, Italy and France.

But Britain’s epidemic lags behind the rest of the continent by several days, and its death toll trajectory is already steeper than other nations.

Using local and international data on case numbers, as well as age mortality breakdowns from Italy, China and the US, the team at IHME modelled the expected death toll on a country-by-country basis.

It found that Britain could experience 66,000 COVID-19 deaths by July, far more than Italy, the next most severely impacted, with around 20,000.

“We are expecting a foreboding few weeks for people in many parts of Europe,” said IHME Director Christopher Murray.

“It seems likely the number of deaths will exceed our projections for the United States.

On Sunday the institute predicted just over 80,000 US COVID-19 deaths during the pandemic’s first wave.

The modelling suggests that outbreaks in Italy and Spain, where hundreds of deaths have been reported daily for weeks, may be past their peak.

Daily deaths in both countries have declined for several days.

But Britain is likely weeks away from getting a handle on its death toll as intensive care capacity is overwhelmed.

Peak demand was forecast to see more than 100,000 hospital beds needed versus the 17,765 currently available.

“The peak for Europe as a whole is expected in the third week of April,” said Murray

Could still get worse

Prime Minister Boris Johnson, who is currently in intensive care with COVID-19, came in for criticism for his government’s slow response to the pandemic.

Britain now has strict social distancing measures in place, but it had held off implementing them even as the outbreak surged in Europe.

The IHME models include the predicted effect of social distancing, and Murray said it was vital that measures are not relaxed too suddenly once countries pass their mortality peak.

“It is unequivocally evident that social distancing can, when well implemented and maintained, control the epidemic, leading to declining death rates,” Murray said.

“Those nations hit hard early on implemented social distancing orders and may have the worst behind them as they are seeing important progress in reducing their death rates.

“Each nation’s trajectory will change -– and dramatically for the worse -– if people ease up on social distancing or relax other precautions.”

Does Islam inhibit our intellectual growth?

Turkey fights coronavirus with secret weapon: And its a perfume!

US accuses China & Russia for cooperating on virus conspiracies