The situation in the Middle East has become increasingly dangerous. Qatar and Pakistan seem to be serious to defuse tensions between the US and Iran. However, what options do they have to play to resolve a war-like situation amicably? 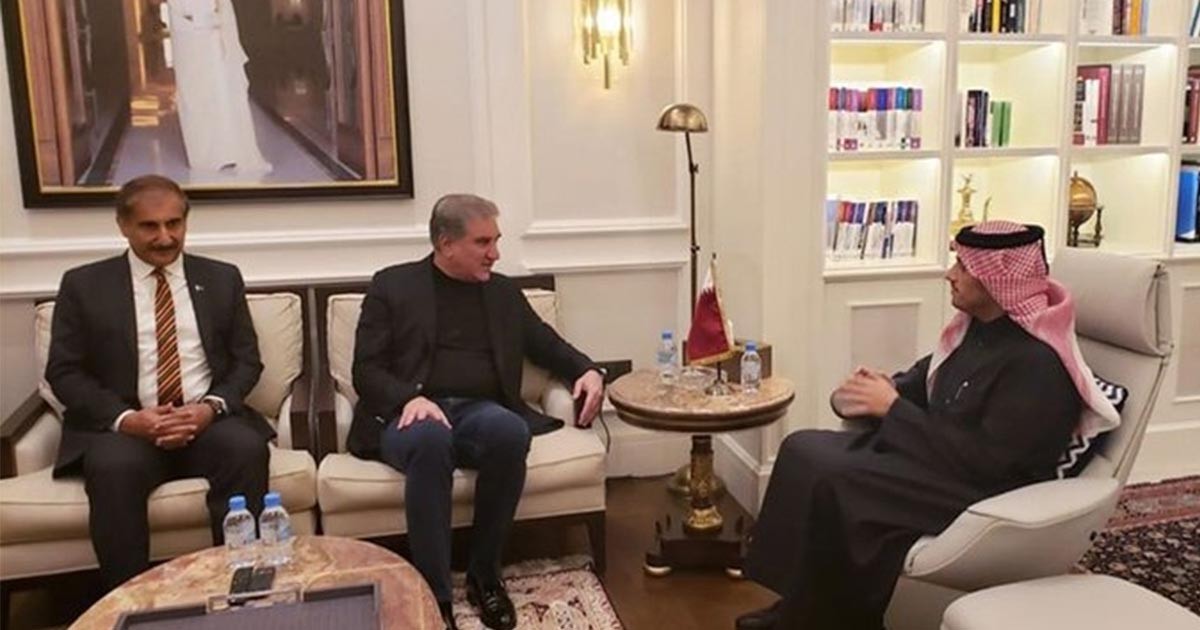 Diplomatic sources in Islamabad told GVS that FM Qureshi discussed regional issues with his Qatari counterpart and reminded him of Pakistan’s efforts to maintain peace in the region. Both Pakistan and Qatar are making all possible efforts to de-escalate the tensions and find out a peaceful solution on the situation which emerged after the USA assassinated Qassem Soleimani, top Iranian General.

Read More: Qatar workforce rises by 2.73 % and the reason is Pakistan

On the subject of the Middle East tensions, Qureshi said that any confrontation in the region would be to no-one’s benefit. Qureshi also apprised Sheikh Al Thani about Pakistan’s efforts for resolving the tension in the region and the establishment of peace.

Speaking about his recent visits to the regional countries and telephonic contacts with his different counterparts, Qureshi said it was pleasing to find a unanimous desire for resolving the confrontation in the region.

The foreign minister said Pakistan had been playing a vibrant and positive role to end the tension and establishment of peace in the region.

Last month, the Qatari Foreign Minister had reportedly visited Iran in a bid to deescalate the growing tensions between the US and Iran. According to Al-Jazeera, Sheikh Mohammed had met his Iranian counterpart, Javed Zarif, to talk about the growing rage since the US withdrawal from the 2015 Iranian Nuclear Deal in 2018.

He said the oppressed Muslims of the occupied valley were looking towards the international community particularly the Muslim world to get rid of the Indian atrocities and oppression. Qureshi told his Qatari counterpart that Pakistan’s sincere and reconciliatory efforts for peace in Afghanistan were being lauded by the world.

Emir of Qatar, Sheikh Tamim bin Hamad Al Thani, was in Pakistan for a brief one-day visit in the third week of June 2019. Emir, and his delegation, arrived in the evening of Friday 22, he was personally received, at Noor Khan airbase, (known to residents of Islamabad as the old airport) by Imran Khan, Pakistan’s premier, who personally drove him to Prime Minister’s house in Islamabad where a one on one meeting took place between the Emir and the Prime Minister of Pakistan.

On invitation of PM Imran Khan, HH Sheikh Tamim bin Hamad Al Thani, Emir of the State of Qatar, arrived in Islamabad today on a two-day State Visit to Pakistan. He is accompanied by a high-powered delegation comprising key Ministers & Senior Officials.#PakistanWelcomesQatariEmir pic.twitter.com/0p7GhNujyC

During the visit, Qatar announced keeping $3 billion in the State Bank of Pakistan to support the country’s balance of payments. Three memoranda of understanding (MoU) were signed on Saturday, between Qatar and Pakistan, in trade and investment, tourism and business events, and exchange of financial intelligence and then Emir left in the early afternoon of June 23.

Read more: Qatari Emir to land in Pakistan today: What to expect from the visit?

Upon their arrival, the delegation was received by Qatar’s Minister of State for Foreign Affairs Soltan bin Saad al-Muraikhi at the airport. Khan met the Qatari Prime Minister but he also met Emir, Sheikh Tamim bin Hammad and amongst other issues export of skilled labor to Qatar was discussed which shows the priority Islamabad attached to the issue – and which makes it so important to understand the economic impact of FIFA World Cup 2022 on the region.

In December 2018, Qatar had already opened a visa facilitation center in Islamabad for swift processing of visas of members of the Pakistan workforce wishing to work in Qatar.

Read more: Qatar reaffirms its commitment to invest in Pakistan

Doha has also promised 100,000 jobs for Pakistani workers, and the government is in talks with the Qatari government to adjust skilled members of the labor force returning from Saudi Arabia. Observers and policy experts on Gulf economies (like Author, Mehran Kamrava, ‘Qatar: Small State, Big Politics’) believe that workers from India and Pakistan suit employers and contractors because they are not part of the political currents of the region – unlike the workers from Egypt, Yemen or Morocco. However, the big issue Pakistan faces is that it does not have enough skilled labor to fill these positions.

An Indian hand behind Afghan blundering?

Should Imran Khan be the new ‘Leader of the Opposition’?