Prime Minister Justin Trudeau said Thursday multiple intelligence sources indicate that Iran shot down a Ukrainian airliner after it took off from Tehran, killing all 176 on board, including 63 Canadians. Trudeau's statement along with statements from other world leaders have added to the worries of the Islamic Republic of Iran, stuck in an ongoing conflict with the US, post Gen. Soleimani assasination. 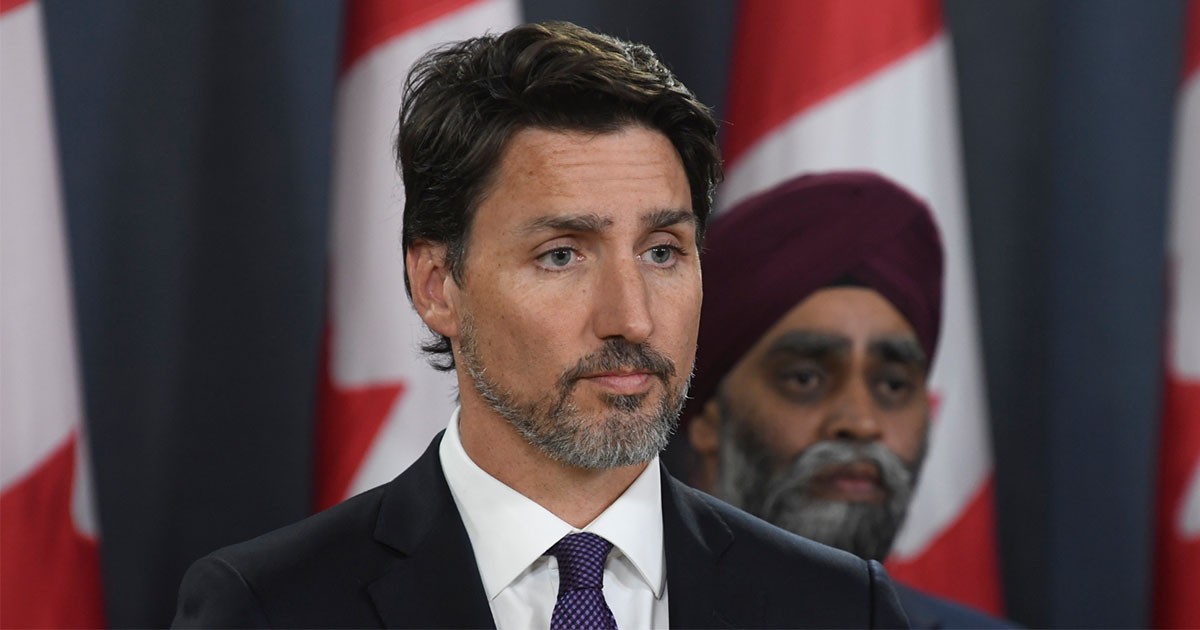 Prime Minister Justin Trudeau said Thursday multiple intelligence sources indicate that Iran shot down a Ukrainian airliner after it took off from Tehran, killing all 176 on board, including 63 Canadians. Trudeau’s comments came as a video, from NYT, emerged that appeared to show the moment the airliner was hit.

That and other footage posted on social media increasingly pointed to a catastrophic mistake by Tehran’s air defense batteries in bringing down Ukraine International Airlines Flight PS752 early Wednesday.

The New York Times has obtained video of the moment a Ukrainian airliner was hit minutes after takeoff from Tehran. The video, which The New York Times said it verified, shows a fast-moving object rising at an angle into the sky before a bright flash is seen, which dims and then continues moving forward. Several seconds later an explosion is heard.

In 1988, an Iran Air flight was mistakenly shot down over the Gulf by a surface-to-air missile fired from the US warship USS Vincennes

Citing information from allies as well as Canada’s own intelligence, Trudeau said the plane appeared to have been hit by an Iranian surface-to-air (SAM) missile. “We know this may have been unintentional. Canadians have questions, and they deserve answers,” Trudeau told reporters.

He was backed by other Western leaders, including British Prime Minister Boris Johnson who said mounting evidence supported a missile strike, which “may well have been unintentional.”

US President Donald Trump indicated that Washington officials believed the Kiev-bound Boeing 737 was struck by one or more Iranian missiles before it ditched and exploded outside Tehran.

Iran has, however, said that the accusations are part of a “Psychological Warfare” against Iran and has dared the Canadian Prime Minister to produce evidence to support his accusations.

The US National Transportation Safety Board late Thursday said it had received formal notification of the crash from Iran and would send a representative to join the crash probe. Iran’s foreign ministry earlier invited the US plane maker Boeing to “participate” in the inquiry.

The flight went down in the dark just minutes after takeoff, with no radio message from the pilot to indicate distress, according to the Iranian Civil Aviation Organization. It was carrying 82 Iranians, 63 Canadians, 11 Ukrainians, 10 Swedes, four Afghans, three Germans and three Britons.

I call on PM Trudeau to make things right and designate Iran’s Revolutionary Guard as a terrorist organisation. Do it for the sake of the 63 killed Canadians! #Iran pic.twitter.com/XZg62gq8Bi— Hananya Naftali (@HananyaNaftali) January 9, 2020

With tensions high between the United States and Iran, the disaster unfolded just hours after Tehran launched ballistic missiles towards bases in Iraq housing US troops. Iran retaliated for the January 3 US drone strike in Baghdad that killed a top Iranian general.

The Iranian government said the missile strike scenario made “no sense,” however, arguing that several internal and international flights had been sharing approximately the same airspace. Tehran later asked Ottawa to share its information with Iranian investigators.

“This government will not rest until we get that.” Canada’s transportation safety board on Thursday said it had accepted an invitation from Iran’s civil aviation authority to join the inquiry.

I have my suspicions

Trump would not directly confirm what US intelligence was saying privately. “I have my suspicions,” Trump said, adding that “somebody could have made a mistake.”

ABC News reported that an unnamed official said it was “highly likely” the plane was brought down by two SAMs.

Ukraine called for United Nations support for a broad investigation, and sent 45 crash investigators to Tehran to take part in the inquiry led by Iranian authorities. Investigators are pursuing several possibilities, including engine failure, a missile strike or an act of terror.

“If any country has information that can help conduct a transparent and objective investigation into the tragedy, we are ready to receive it and cooperate in further verification,” the Ukraine presidency said in an English-language statement.

#Trudeau comments echo those of #Trump, who said earlier he had ‘suspicions’ that ‘somebody could have made a mistake’#BREAKINGonRThttps://t.co/pCzSa5p5If pic.twitter.com/FihAh6INuX— RT (@RT_com) January 9, 2020

Citing information from allies as well as Canada’s own intelligence, Trudeau said the plane appeared to have been hit by an Iranian surface-to-air (SAM) missile

“But if more specialized work is required to extract and analyze the data, we can do it in France or another country,” he said. Analysts were examining photographs posted online of the wreckage and a private video apparently taken of the flight when it was struck for evidence that it was downed by a missile.

“I think this has a very good possibility of being accurate,” John Goglia, a former US aviation safety expert on the National Transportation Safety Board, said of the missile theory.

“Airplanes that have just taken off and have made a climb to 8,000 feet, that’s entering the safest period of time in the flight. So even an engine failure at that altitude should not cause the type of event we’ve just observed,” he told AFP.

The Ukrainian airline crash brought back memories of another tragedy, involving a US military error. In 1988, an Iran Air flight was mistakenly shot down over the Gulf by a surface-to-air missile fired from the US warship USS Vincennes.

All 290 people aboard, most of them Iranians, were killed.

South Korea should give U.S. troops the boot- Part II

Trump goes to lengths to protect Crown Prince Salman; Praises him in G20