Addressing the Defence Day celebrations at the Pakistan embassy in Washington, Pentagon official Randall Schriver observed that China and Washington can play a constructive role in defusing tensions between India and Pakistan 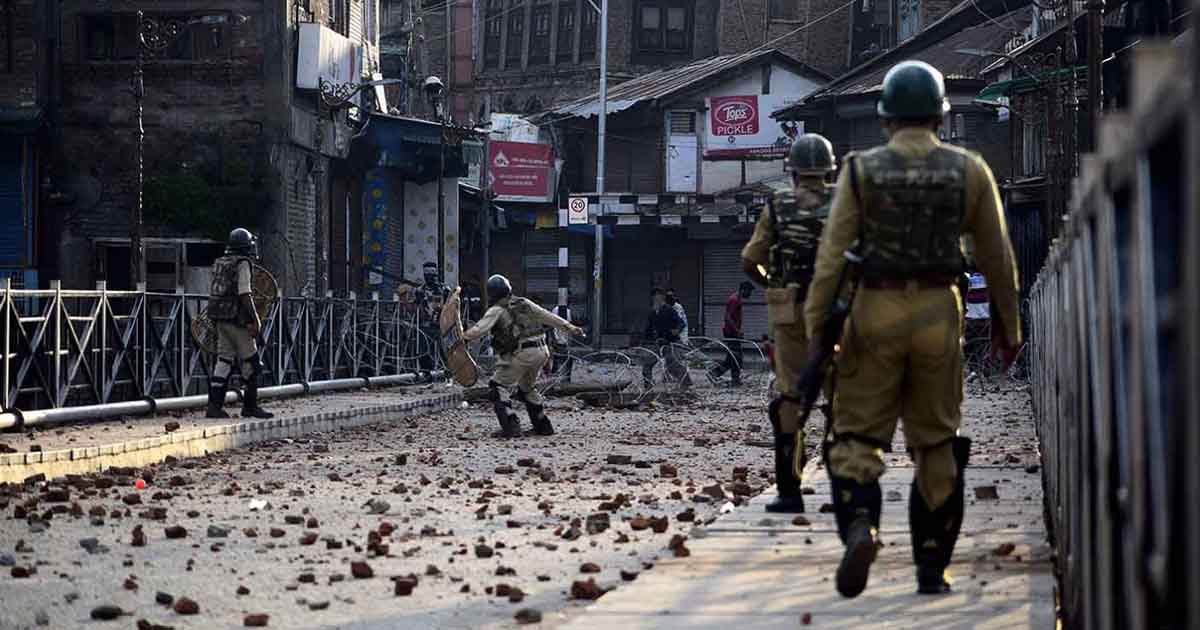 A senior US Defence official, on Friday, said that Beijing can play a “constructive” role in de-escalating tensions between the nuclear-armed neighbors, Pakistan and India, which have rapidly escalated after New Delhi’s illegal move to abolish the special constitutional rights of the disputed Himalayan territory of Kashmir.

Addressing a Defence Day event at the Pakistan embassy, Assistant Secretary of Defence Randall Schriver noted that the cooperation between the armed forces of Pakistan and the United States is “one of the strongest pillars of our relationship”.

Mr. Randall Schriver, Assistant Secretary of Defense was invited as the Chief Guest on the occasion of Defence Day celebrations in the Pakistan Embassy in Washington.

The US Assistance Secretary of Defence, Randall Schriver, responded to a question on China’s role in preventing yet another Pak-India war to ensure stability in the subcontinent. Schriver said, as cited by Dawn, “We will see if the Chinese will be constructive in this area. They certainly can choose to be, given their interest there.”

US Assistant Secretary of Defence Schriver has been tasked by the Pentagon to oversee the Asia-Pacific region. Schriver observed that the United States and Beijing are embroiled in a competition for influence across the South Asian region.

He observed that Washington has entered into an alliance with New Delhi in an attempt to undermine the burgeoning influence of China across the Asia-Pacific region. This agenda explains Washington’s increasing proximity with India.

Schriver said, “I think, the Chinese are, in many ways, engaged in competition with the United States and it plays out in a variety of ways, mostly for us, in the Indo-Pacific maritime areas,” The US Acting Assistance Secretary of Defence noted that often, Beijing  “choose to take a competitive stance where visa-a-vis we are.”

Underscoring Washington’s agenda to diffuse tensions between the two nuclear-armed neighbors, the US Defense official added, “Our hope is that any differences, political differences, could be worked out through dialogue. We will continue to convey that message to all parties.”

Responding to a question on the possibility for yet another war between India and Pakistan over Kashmir. Schriver noted that Washington wants the situation to “remain peaceful”. He observed that the Trump administration wants both India and Pakistan to resolve all outstanding issues through diplomatic channels.

He said, “That’s our hope and expectation that things become peaceful.”

He added that the senior US leadership at the White House and the State Department is leading Washington’s efforts to maintain peace and stability across South Asia. Schriver said, “And I think they have conveyed that our hope is that those issues can be worked out between India and Pakistan.”

Commenting on a question about the escalated human rights violations and heinous atrocities committed by the Indian occupation forces in Kashmir, Schriver said, “We have certainly expressed our interest in seeing humane treatment of the people there.”

The US Assistant Secretary of Defence underscored Pentagon’s desire to maintain its close cooperation with the Pakistani armed forces. The Pentagon official said, “We certainly want to get back to a place where we have a more normal military relationship and a close partnership.”

He explained that Washington has also conveyed its desire to maintain and rebuild the once-close relationship between the US and Pakistani armed forces. Schriver said, “I think we have been clear in our diplomatic channels on some of the progress we need to see in order to reinstate things. So, hopefully, we are on that path and we will see how things go.”

Randall Schriver noted that Pakistan has “made significant contributions in the war on terror.” He expressed confidence that the recent visit of Prime Minister Imran Khan has allowed both countries to “capitalize upon the good spirit and good environment created by the visit of Pakistani leadership.”

Schriver added, “We are appreciative of Pakistani leadership in its cooperation in achieving the objective of peace in the region.”

Addressing the Defence Day event commemorated at the Pakistani Embassy in Washington, US and Pakistani officials commended the courage and sacrifices for the armed forces that have made unprecedented sacrifices to defend the motherland and eradicate the scourge of terrorism.

Addressing the event, Pakistani Ambassador Asad Majeed Khan remembered the sacrifices made by Pakistani nation and its armed forces to eliminate terrorism and establish peace and stability across the country. Ambassador Khan said, “Today, we pay tribute to the resilience of the Pakistani people and the courage and sacrifices of our armed forces in defending the homeland against threats to Pakistan’s independence and sovereignty.”

Read more: China says it will support Pakistan over Kashmir

Ambassador Asad Majeed Khan added, “Throughout our history, Pakistan has confronted and overcome external aggression as well as terrorism and extremism. This has only been possible because of the sacrifices made by the armed forces and law enforcement agencies of Pakistan. The entire nation owes them a debt of gratitude.”

Commenting on the escalating human rights violations in Kashmir, Ambassador Khan said, “13 million Kashmiris have remained imprisoned in their homes and cut off from the rest of the world. The beautiful Kashmir valley has been transformed into a huge concentration camp. To remind the Kashmiri people that they are not alone, Pakistan is also observing this day as Kashmir Solidarity Day.”

He added, “While India continues to target civilians across the Line of Control, we have acted with great restraint and responsibility. However, there should be no doubt. Pakistan and its armed forces stand ready to give a befitting response and defend the homeland if anyone dares to breach our sovereignty or territorial integrity.”

Previous articleSocial Media Power: Killer of 3 brothers in Charsadda to be served justice
Next articleFacebook & Twitter not cooperating in Curbing Fake News & Propaganda

Identity Crisis: Who is Pakistani and who isn’t?