China has returned ten captured Indian soldiers to India which raises hopes for a rapprochement between the trans-Himalayan neighbours, but fears are rising over the increasingly vitriolic statements by both sides. Is this a hint at thawing relations, or the calm before the storm? 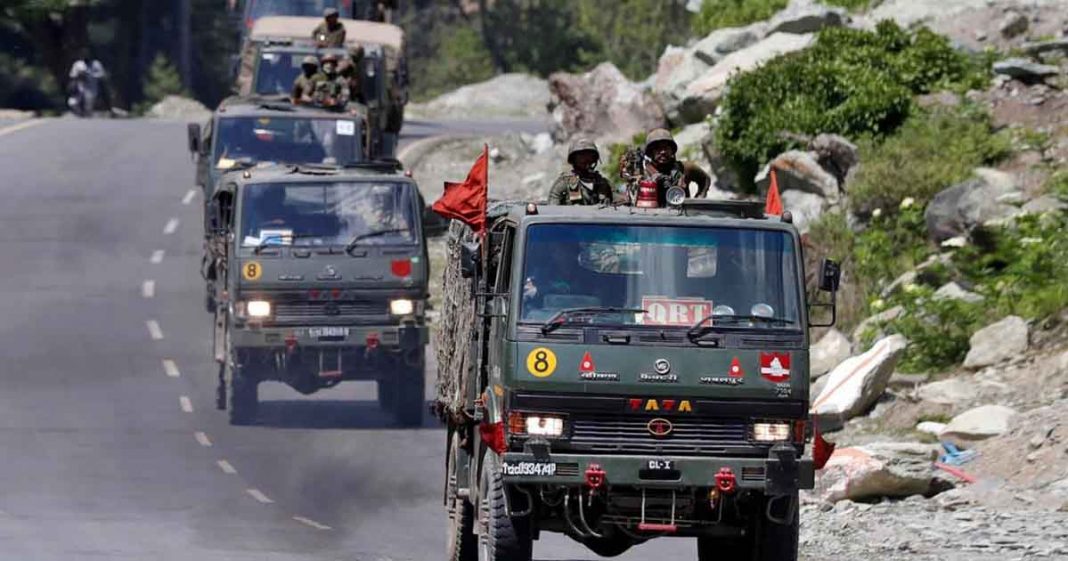 China has returned a group of ten Indians soldiers captured during a deadly confrontation along the border earlier this week, reports say. The melee left 20 Indian troops dead and also led to casualties on the Chinese side. Both countries have since laid blame on the other for the skirmish, with Indian Prime Minister Modi vowing revenge for those slain.

The released soldiers, including a major and a captain, were handed over to New Delhi after high-level talks between the nations’ armies, Indian media reported, citing sources. After their release, the servicemen were sent for medical check-ups and were “debriefed” by officials.

The Indian Army did not comment on the news but later released a statement, clarifying that none of its soldiers are listed as missing.

Chinese and Indian troops were engaged in a fierce melee along the border in the Himalayas earlier this week, which left 20 Indian soldiers dead. According to Indian media, dozens of Chinese soldiers were killed as well. Beijing admitted that there were casualties on both sides but did not disclose the number of Chinese troops killed or wounded in the confrontation.

The death of the Indian soldiers sparked sporadic protests across the country, along with calls to boycott Chinese goods.

The bloody combat occurred after several smaller skirmishes last month, which left soldiers wounded on both sides. They were defused through talks between the nation’s armies.

Beijing and New Delhi, locked in a long-standing border dispute, have blamed each other for aggression this week, but emphasized that tensions need to be settled via continued dialogue. China’s return of ten Indians is seen as a first step toward this de-escalation.

China returns ten Indians as both countries agree to de-escalate

India and China agree on border de-escalation as their foreign ministers spoke on the phone on Wednesday and agreed to abide by existing bilateral agreements to ensure peace and tranquillity on their disputed Himalayan border. Indian Prime Minister Narendra Modi has said the deaths of 20 Indian soldiers in border skirmishes with the Chinese military will “not be in vain,” and vowed a response if there is further provocation.

“I would like to assure the country that the sacrifice of our soldiers will not be in vain. For us, the unity and integrity of the country is the most important… India wants peace but is capable of giving a reply if provoked,” Modi said in a televised address Wednesday.

The PM’s comments came after deadly skirmishes in the mountainous Galwan Valley, a disputed region near Kashmir that is claimed by both China and India as sovereign territory.

Shortly after Modi’s comments the Chinese foreign ministry said that it has agreed with India to de-escalate the situation as soon as possible.

The ministry said in a statement that senior Chinese diplomat Wang Yi told Indian Foreign minister Subrahmanyam Jaishankar on Wednesday that India should severely punish those responsible for the conflict and control its frontline troops.

A two-minute silence was observed during a Wednesday security briefing held between Modi and his chief ministers to pay tribute to the fallen soldiers.

What prompted the Ladakh scuffle?

Chinese side didn’t release number of PLA casualties in clash with Indian soldiers. My understanding is the Chinese side doesn’t want people of the two countries to compare the casualties number so to avoid stoking public mood. This is goodwill from Beijing.— Hu Xijin 胡锡进 (@HuXijin_GT) June 16, 2020

Beijing lashes out at US for South China Sea sail-by