Repercussions of tensions between India and China for Asia

The recent bullying of Indian forces at the hands of the Chinese army over a border dispute has earned India some well-deserved embarrassment and shame in addition to exposing the hollow claims of Indian military might. What does this mean for the wider Asian continent? 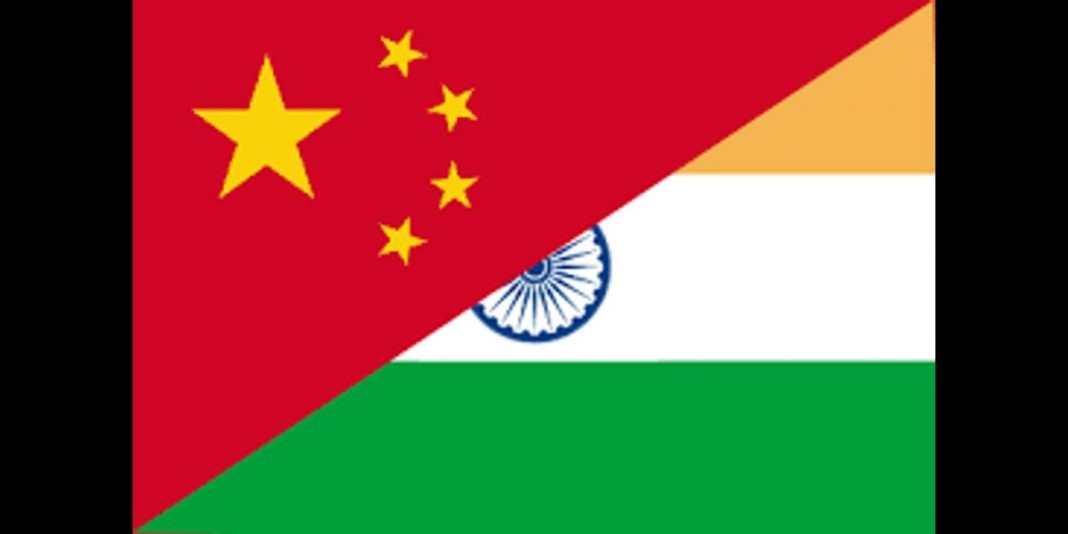 The uprising of Ladakh in 1959 had transformed into a full-fledged war between China and India in 1962. It resulted in a rather unfavourable outcome for India as its military was battered by the People Liberation Army.

Recent news of PLA incursions in Indian territory may bring a nostalgic feeling to some in New Delhi. This time an increased presence of PLA inside the disputed territory is being reported. There is more to it than what meets the eye, nevertheless. Is it a routine border skirmish or something bigger is at play?

A more fundamental question needs answering here. Why are India and China, two powers of the region, and nuclear-capable, locking their horns? Whereas, there has been no significant conflict between India and China after 1962. The answer to this question lies in Washington.

In 2017 pentagon awarded a contract worth 1.5 billion USD to a shipyard in Gujrat to maintain the seventh fleet of warships and patrol vessels of the united states navy. This strategic move came as a materialization of the LEMOA agreement between India and the USA, allowing the opening of Indian military bases and ports for the American military.

United States’s agreement with India for using its bases for its military logistics when the Afghan endgame was about to begin, does not make any apparent sense. The elephant in the room is the rise of China – India signed up for becoming the front line state for America’s China containment policy.

India considers itself a regional military power. India has imported 33 billion USD dollars worth of firearms, making it the largest single importer of firearms in the last decade, followed by Saudi Arabia and China. India has fought four wars with its seven times smaller neighbour without any decisive outcome from 1948. A recent skirmish of 27 Feb 2020 raised serious questions on Indian war-winning capabilities.

Rise of China and its soft power

Whereas, the Chinese economy and soft power have grown exponentially in the last two decades.

Now Chinese presence is being felt around the world, be it the recent WHO funding issue on Covid-19 or its infrastructure support for the countries ranging from East Asia to Africa. From the Indian perspective, China’s influence was experienced when it blocked India’s entry into the Nuclear Supplier Group. Currently, India, with its economy taking a nose-dive and its soft power eroding because of increased incidents of communal violence, is no match for China.

The only way out of this situation for India would be to give up on its hegemonic ambitions for being the regional superpower. Any conflict in the region can prove to be devastating for its existence.

Twenty-five percent of the population of India lives under the poverty line. History stands witness to the fact that wars only bring more poverty and misery. Long-standing conflicts within the region are marring the progress which can only be harvested through lasting peace.

India and its involvement in the region

India has been stirring trouble for Pakistan in its south-western province of Balochistan with both money and material. Since the Modi took the helm of affairs in New Delhi, the Line of Control between Pakistan and India has remained largely hot. On the other side, border skirmishes with China have a similar pattern for over a decade now.

Sri Lanka also does not seem very happy with Indian support for elements that have destabilized the country for a long time. Nepal being the latest has laid a territorial claim against India. In short, India is at some level of conflict with all its neighbors.

Apparently, everyone is pointing guns at everyone in the region, and peace seems a distant dream. Conflict in the region does not serve anyone’s interest and especially Indian, with its huge population.

India’s hawkish tone towards its neighbors would ultimately backfire. It will have more consequences for its federal integrity. It needs to learn from its conflicts with its neighbors in the past.

Conflict, in, either way, affects trade, investment economy, sovereignty and national integrity of a country. Hence, India needs to rethink its strategy in its own interest rather than preparing for a hypothetical scenario of two-front war as a result of strong China-Pakistan or bullying its much smaller neighbors like the blockade of Nepal.

If India keeps its belligerence intact towards its neighbors and does not look for regional integration, including joining the Belt and Road initiative, it will only complicate the situation for India by limiting its choices. By failing to join the regional integration policy, India is only acting as a spoiler for greater regional development.

The best option for India

At this critical juncture, India needs development rather than engagement in the wars. Fighting other’s wars only jeopardizes India’s national interests and sovereign integrity.

In this context, one can take an example of Pakistan, when it was a frontline ally of America’s War on Terror. Pakistan’s engagement in Afghanistan has been costly and has affected its trade and investment. It has lost more than it has gained from becoming a Frontline State in War on Terror. The USA has a history of being an unreliable ally.

It is wishful thinking that #India can attract frozen food buyers away from China, as it has neither strong domestic demand for such products, nor a mature business environment to replace China's position in the frozen food supply chain. https://t.co/KW8S7Ole1I pic.twitter.com/NtXxjIfseu

Similarly, in the wake of recent events (tensions with China) absence of the USA from the scene should be an eye-opener for Indian strategists. It should learn from the mistakes of Pakistan; otherwise, it could end up waiting for the 7th fleet in the Bay of Bengal.

Any overestimation in its capabilities can lead to serious setbacks at a time when it is faced with domestic issues, for instance, the crisis of Covid-19, inter-state migration, low-level insurgencies in several states.

Similarly, at the external level, it is faced with challenges like Kalapani territorial dispute with Nepal, American pressure for stopping its work at Chahbahar port in Iran, not to buy oil from Venezuela and more tariffs on Indian goods.

In order to alleviate poverty, India should adopt the course of development and solve its problems with its neighbors, especially with smaller states and emerge as a magnanimous bigger partner in development. Development ensures peace, prosperity, social cohesion, ethnic harmony, and stability, coupled with more employment opportunities.

To sum up, India belongs to Asia, and the future of Asia lies in regional integration and multilateralism. Moreover, recalling the famous words of Indian Prime Minister on Indus Water Treaty with Pakistan: “Water and blood can not flow together”. Conversely, conflict and development cannot go together too.

Adnan Fateh is pursuing his PhD at the Faculty of Business and Accountancy, University of Malaya, and Dr. Pervaiz Ali Mahesar, PhD in Strategic and Int Studies. Assistant Prof, University of Sindh Jamshoro, Pakistan. The views expressed in this article are the author’s own and do not necessarily reflect the editorial policy of Global Village Space.

Previous articleForeign investment obliterated by pandemic: UN
Next articleSecond global wave of coronavirus nigh amid cases in New Zealand and China

22 September 2021
Previous articleForeign investment obliterated by pandemic: UN
Next articleSecond global wave of coronavirus nigh amid cases in New Zealand and China

Tensions with China: General Rawat wants to prepare for a two-front war