China wants US trade deal but ‘not afraid’ to fight: Xi 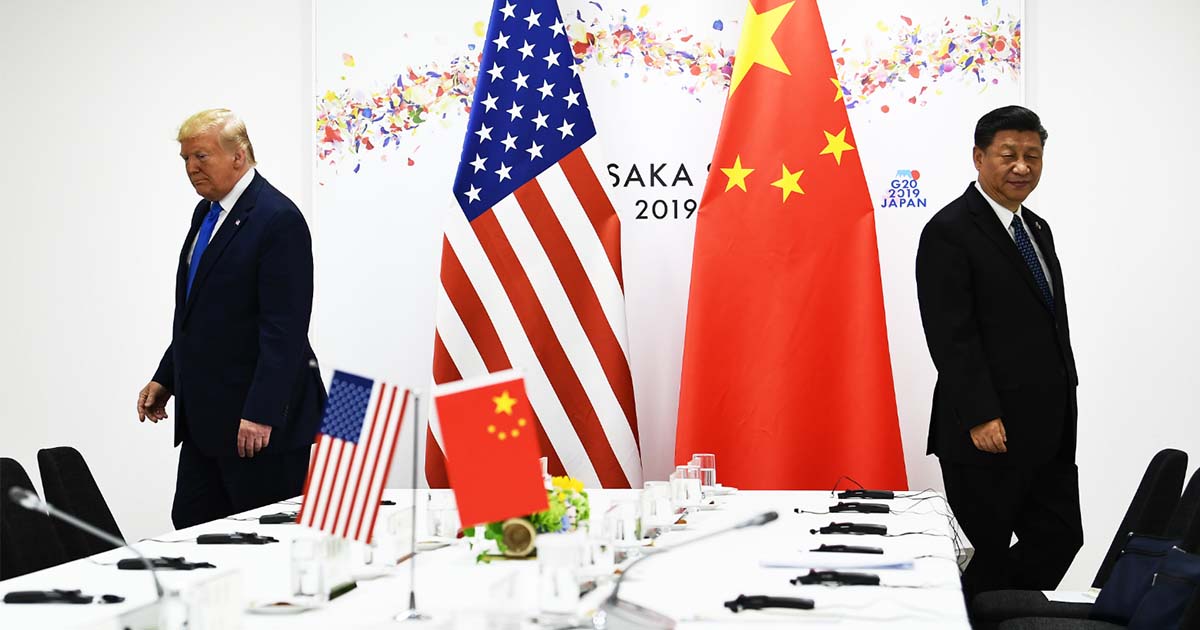 President Xi Jinping said Friday that China wants to reach an initial trade deal with the United States but is “not afraid” to fight back when necessary and will enact economic reforms at its own pace.

It is rare for Xi to speak so directly about the trade war, and his comments come two days after US President Donald Trump complained that Beijing had not made sufficient concessions so far, making him reluctant to conclude a bargain.

The world’s two biggest economies have been locked in a bruising trade conflict for more than a year, hitting each other with volleys of tariffs on hundreds of billions of dollars worth of goods.

Xi said he told IMF chief Kristalina Georgieva, who met him earlier, that China will continue on the path of financial reform and opening

“As we always said we don’t want to start the trade war but we are not afraid,” Xi told former US officials and other foreign dignitaries at a meeting at Beijing’s Great Hall of the People.

“When necessary we will fight back but we have been working actively to try not to have a trade war,” he told the group, which included former US secretary of state Henry Kissinger, former US treasury secretary Henry Paulson and former Australian prime minister Kevin Rudd.

Trump on October 11 announced a “phase one” deal resolving important US grievances about Chinese trade and currency practices. But more than a month later, the two sides have yet to finalise the text of any agreement. American officials want large purchases of US farm exports.

Top trade negotiators spoke on the phone on Saturday in what the Chinese commerce ministry described as “constructive” discussions on a preliminary deal. China has insisted on a rollback of existing tariffs, which Trump said he has not agreed to.

“I can tell you this. China would much rather make a trade deal than I would,” Trump said Wednesday. “I don’t think they’re stepping up to the level that I want.”

China’s not going to budge

US Congress approval this week of legislation supporting pro-democracy protesters in Hong Kong has also cast a shadow on the negotiations. “We want to work for a phase-one agreement on the basis of mutual respect and equality,” Xi told the foreign visitors, who were in town for the Bloomberg New Economy Forum.

The Chinese leader warned that the trade talks “may affect the future prospects of the world economy” but China holds a “positive attitude”. Diana Choyleva, chief economist at Enodo Economics, said Xi’s comments do not mean that Beijing is about to go on the offensive.

But more than a month later, the two sides have yet to finalise the text of any agreement. American officials want large purchases of US farm exports

“But it certainly reaffirms my expectation that China’s not going to budge,” Choyleva told AFP at the New Economy Forum. “The negotiation style and lack of trust that Trump has created … has made him (Xi) …very determined that there is no point to really give up much,” she said.

Xi renewed China’s pledge to further reform and open up its economy, but he warned it has been “very cautious and rigorous” in doing so because “this is a big country like a giant ship”.

“We can not afford any fundamental or drastic mistake. If a giant ship like China capsizes it cannot be turned over,” he said.

Trump launched his trade war in March 2018, demanding that China end practices widely seen as unfair, such as forced technology transfers from US firms and the massive subsidies given to Chinese enterprises.

Diana Choyleva, chief economist at Enodo Economics, said Xi’s comments do not mean that Beijing is about to go on the offensive

Xi said he told IMF chief Kristalina Georgieva, who met him earlier, that China will continue on the path of financial reform and opening. But, he added, “the precondition is that we will ensure security of our nation’s financial sovereignty.”

The Communist Party leader also invoked his “Chinese dream” of national rejuvenation — his goal of restoring the Asian giant to its rightful place in the world. “It is not a dream about hegemony it is not about replacing others,” he said.

“We are just trying to restore our place and role in the world rather than reliving the humiliating days of the semi-colonial and semi-feudal era,” Xi said.

“We will not relive those days again.”

US warns of more China sanctions over Hong Kong moves