The pandemic has exposed the severity of inequality that persists within societies. The vulnerability of a person is dependent on several factors, most importantly socioeconomic class. The repercussions of the crisis are disproportionally skewed towards marginalized groups and minorities. On a global level, developing countries – like Pakistan - are at a clear disadvantage, as they are already stretched far beyond their capacity. 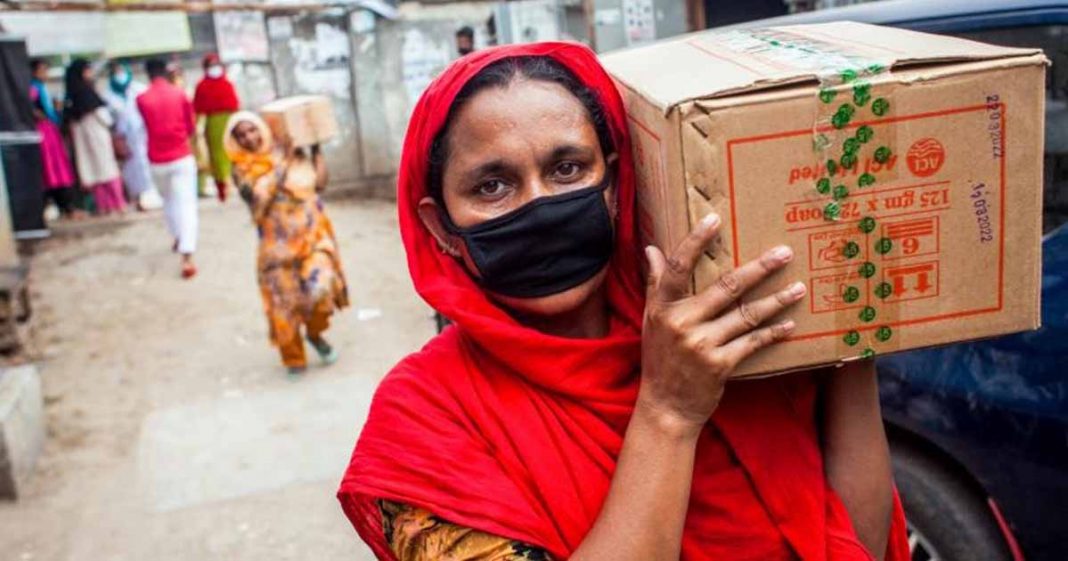 Contrary to popular belief that Covid-19 affects everyone without discriminating on the lines of religion, ethnicity, nationality and socioeconomic class, I believe that the virus is not as blind as most of us think. Certain people are far more vulnerable to the virus than others. It won’t be wrong to say that the pandemic thrives on inequality; people in the lower socio-economic strata are the first to suffer.

Lacking access to decent healthcare and balanced diets, they suffer from malnourishment resulting in weak immune systems. In Pakistan’s context, a quarter of the population lives below the poverty line. Similarly, the surge in urbanization, over the last few decades, has given rise to sprawling slums on the peripheries of all major cities in the country.

People are forced to live in tightly packed shanty huts, which support far bigger family sizes than the national average. Their inhabitants often work in the informal sector: labourers, street hawkers, maids. These tightly packed households, dwelling in slums, are yet another potential virus hotspot. In their case, social distancing is a luxury, e-learning is a privilege, and work from home is simply not an option.

On a macro level, inequality within the global economic system makes particular nations more vulnerable to the social, economic and health repercussions of Covid-19. Bangladesh, for instance, is largely dependent on its textile industry for employment generation, exports revenue and foreign reserves.

The country’s textile exports are widely demanded by all luxury clothing brands in the developed world. However, the outbreak of Covid-19 has meant that the demand for textile products has plummeted and with it the earnings of millions of Bangladeshi households. A survey by an aid group, BRAC, found out that average household incomes have already fallen by 75 per cent.

As Antonio Guterres, the Secretary-General of the United Nations has pointed out: the pandemic is exposing and exploiting inequalities of all kinds, including gender inequality

Similarly, migrants and people under occupation are perhaps the most serious victims of not only the coronavirus but also the economic repercussions of the crisis. Syrian migrants at the borders of Europe are stuck in refugee camps in deplorable conditions.

Similarly, the people in Kashmir, who have been under a barbaric and inhumane curfew for over eight months, have found themselves in a situation that has gotten from bad to worse. Moreover, as countries fight against the pandemic, the situation in Kashmir has long been forgotten by the international media, which has done insurmountable harm to the Kashmir cause.

Similarly, populists around the world have grabbed this opportunity to further their xenophobic agendas. The Indian government, led by Prime Minister Narendra Modi, was quick to blame Indian Muslims for the spread of the virus. As the Muslim minority in India becomes increasingly alienated, marginalized and dispossessed, the global community witnessed the world’s biggest democracy brought to its knees by an ultra-nationalist, fascist regime.

Moreover, the World Food Programme has warned that the pandemic could almost double the people suffering from acute hunger. The harvest season in Europe and America has historically relied on labour from neighbouring nations, Eastern European countries and Mexico respectively; however, movement across international borders has become increasingly difficult for labour.

This has left the produce un-harvested and much-needed food left to rot in fields. In America, the vulnerable Hispanic and Black communities have taken the worst hit – a griming reminder of how inequality has plagued the world’s wealthiest and strongest country.

The numbers suggest that Covid-19 poses a greater direct health risk to men; at the same time, the socio-economic fallout of the pandemic does not seem to be gender-neutral. As Antonio Guterres, the Secretary-General of the United Nations has pointed out: “the pandemic is exposing and exploiting inequalities of all kinds, including gender inequality.”

Moreover, the halting of the polio programme to focus entirely on Covid-19 will also have a detrimental impact on children that will survive the Corona onslaught

The UN Committee on ESCR noted, the pandemic further deepens gender inequalities because “the burden of caring for children at home and sick or older family members falls disproportionately on women”. In Pakistan’s context, women make an overwhelming majority of the healthcare workers, thus, exposing them to the virus.

The sufferings of daily wagers have highlighted the stark reality of a system that thrives on inequality, in the absence of sufficient social protection. In the Global South, many countries are dependent on donor agencies and other countries for economic plans as basic as rolling out a balanced budget.

As the clouds of fear engulf the world, donor agencies and countries will increasingly find it harder to give financial aid to other countries for a sustained period, if the pandemic persists. This will have catastrophic social and political repercussions for many countries that are already hanging in by the thread.

Moreover, the halting of the polio programme to focus entirely on Covid-19 will also have a detrimental impact on children that will survive the Corona onslaught. Pakistan had the highest reported cases of Polio in the world in 2019. As we enter the summer season, it can only be hoped that authorities will do their best to prevent a Dengue outbreak, which has been haunting the country for the last few years.

Ali Bin Rizwan holds a degree in Economics and Political Science from Lahore University of Management Sciences. He is an avid traveller and has represented Pakistan at an international level in Tennis. The views expressed in this article are the author’s own and do not necessarily reflect the editorial policy of Global Village Space.

Covid-19 disaster: Will US shift its focus from imperialism to healthcare system?