Is deal of century a pathway to peace or a recipe for disaster?

The US intervention in Palestine-Israel conflict is only for the gains of the latter. Experts have debunked the 'Deal of the Century' to be a hoax, fabricated to support Israeli cause. This platform is a chance for Palestine to unite and ask for basic rights. 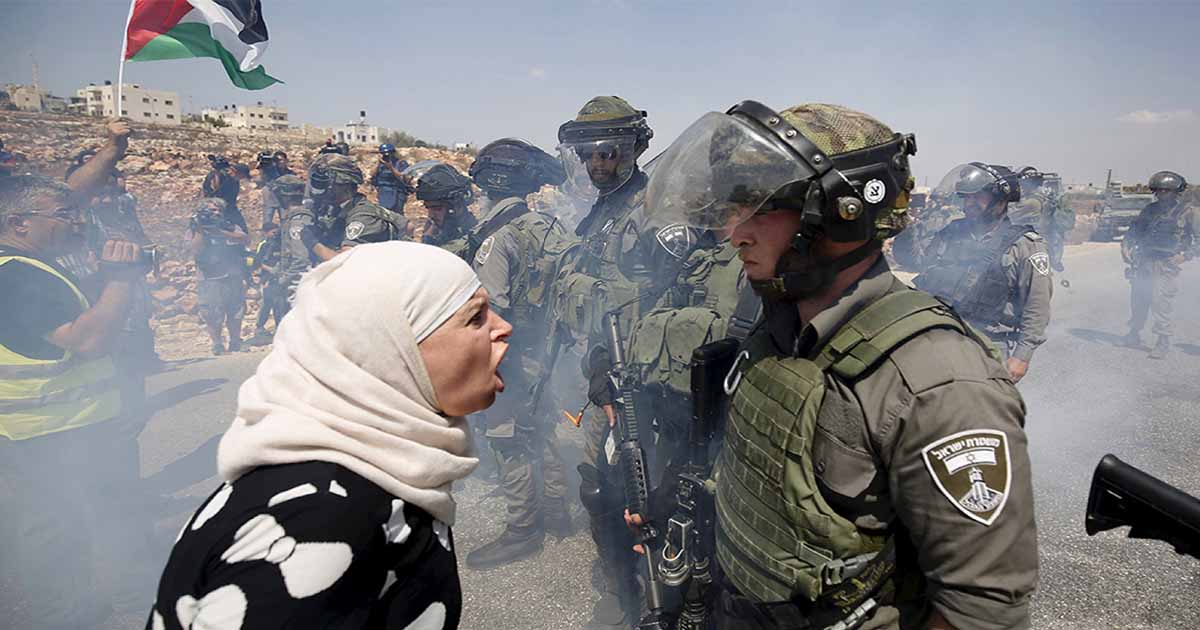 The Palestine-Israel conflict has remained a major source of instability in the Middle East. This conflict originated in the aftermath of World War I. Till now, it has persisted and all efforts to resolve the issue have failed. Several attempts have been made by the USA to settle the issue but none of them could peacefully resolve the issue. Recently, another such endeavor was made by Donald Trump when he assigned his advisor and son-in-law, Jared Kushner, to come up with a peace plan for Palestine and Israel.

The peace plan, formulated by Jared Kushner, came to be known as the Deal of the Century. The peace plan consisted of two parts: the economic part and the political part. The economic part was revealed in a conference held in Bahrain. As far as the political part is concerned, it is yet to be revealed. Even before the political plan is revealed, Palestinians have rejected the deal of the century because some leaks of the plan have indicated that the deal of century would be highly favorable to the Israeli cause at the expense of Palestine.

The economic package is going to lay emphasis on three broad domains for building the foundation of Palestinian society: the economy, the people and the government

Thus, there arises a question whether the deal of century would bring much-needed peace to the region or it would fail like previous plans and would cause disaster in the region. The stakes are very high this time as the USA has recognized Jerusalem as Israel’s capital.

The economic aspect of the deal of the century, also called Peace to Prosperity, was unfolded in a workshop hosted in Manama, Bahrain. The event was hosted by Bahrain in collaboration with Saudi Arabia. However, there were rifts clearly visible among the positions of all Arab countries. The economic plan consists of a $50 billion economic package spanning over 10 years. Out of this amount, $28 billion would be spent on the Palestinian territories – the Israeli-occupied West Bank and the Gaza Strip – the remaining amount would be further distributed into $7.5 billion to Jordan, $9 billion to Egypt and $6 billion for Lebanon.

The economic package is going to lay emphasis on three broad domains for building the foundation of Palestinian society: the economy, the people and the government. Peace to prosperity would aim at improving the economic conditions, the social conditions such as the education sector and the health sector, and strengthen governance by administrative reforms in Palestine.

The deal of the century, which Kushner calls opportunity of the century, proposes 179 infrastructure and business projects consisting of a $5 billion transport corridor that would link the West Bank and Gaza. $2 billion is promised for funding on the education sector. Simultaneously, Trump has decided to cut all aid to the United Nations Relief and Works Agency for Palestine (UNRWA), which operates schools in the West Bank. Thus, this amount would not make a difference, on large.

The economy of Palestine is constantly in decline. The unemployment rate is hovering at over 26%. According to the UNCTAD annual report, per capita income is declining, the agricultural productivity has been affected adversely, and socioeconomic conditions are deteriorating. In this context, the $50 billion economic packages offered by Trump’s deal of century would boost the Palestinian economy and bring much-needed growth. However, Palestinians are not ready to give up their right of self-determination for the heavy investment promised by Trump’s deal of the century.

The deal of the century has vitiated any hopes for a just and peaceful solution to the Palestine Issue. By recognizing Jerusalem as Israel’s capital, the USA has not only violated International Law but also created deep mistrust among Palestinians against the USA. The people of Palestine believe that any peace agreement mediated by the USA would be highly favorable to Israel at the expense of the Palestinian territory and interests. The Palestinians have out-rightly rejected Trump’s deal of the century by stating that they will not bargain their right to self-determination for economic gains.

Thus, anger and furry have been generated in Palestine against the USA and Israel. This anger may be exploited by certain regional and international actors to unleash violence and instability in the region. There are no prospects in the foreseeable future that the deal of century would solve the Palestine issue and peace would be established in the Middle East. On the contrary, there is a high probability of another intifada in Palestine if the deal of the century is implemented forcefully and the Palestinians are deprived of their right to self-determination. Palestinians may resort to war with Israel.

Read more: Trump’s ‘Deal of the Century’ is an ‘Israel Lobby’s Master Plan’ against the Muslim World

Though the power disparity between Israel and Palestine would prove to be disastrous for the Palestinians in particular yet the war would destabilize the region on whole with Palestine being another battleground for proxies. In this backdrop, the deal of century would be a recipe for disaster in the region.

The aftermath of the Manama conference is the widening gulf among various Arab states on the Palestine Issue. The Arab states have been divided into two camps: one supporting the deal of the century, and the other side opposing any deal which does not provide Palestinians the right of statehood. The interests of Bahrain, Saudi Arabia, and the United Arab Emirates have converged with those of Israel and the USA in the region. So, these countries want a quick solution to the Palestine issue in order to build stronger relations with Israel for containing Iran in the region.

On the other hand, Kuwait and Oman have not participated in the conference and they stand firm on their commitment to the Palestinian cause of statehood. This was further clarified by Jared Kushner’s statement that Iran and its aggression is the only threat in the Middle East region, the interests of Israel and a lot of Arab countries have started to converge in recent times. Besides, autocratic Arab regimes have lost all their credibility, regional influence, and legitimacy.

The deal of the century provides an opportunity for the Palestinian Authority, Hamas and Al-Fatah to unite on one platform for demanding their right of self-determination

Therefore, they are seeking support from the US to bolster their regimes. Thus, this widening gap between the Gulf States may create further tensions in the region. Besides, only the rulers of Saudi Arabia, Bahrain, and United Arab Emirates have agreed to the USA and Israel, the sympathies of the public in these countries are still with the Palestinians. If Palestinians reject the deal, there are chances that the USA would stop all economic aid to Palestine and would try to strangulate the Palestinian economy which is already in shambles. This would further deteriorate the socioeconomic conditions in Palestine causing a lot of anger and distrust against the USA destroying any prospects of the USA being an arbitrator in the Palestine-Israel issue, in the future.

The deal of the century provides an opportunity for the Palestinian Authority, Hamas and Al-Fatah to unite on one platform for demanding their right of self-determination. By revitalizing Palestinian Liberation Organization, there are prospects of a formulating a national liberation strategy that is immune from regional politicking and self-interests. Thus, this opportunity should be fully exploited for achieving the much-needed Palestinian unity. The forceful implementation of the deal may cause the third intifada of which some Palestinian officials have already warned.

Read more: US “Deal of the Century” a sugarcoated bribe?

The third intifada would bring violence and chaos to the region and can be used as another proxy ground among various regional and international players endangering the stability of the whole Middle East region. Any misadventure by all the states involved may create riots and protests within these countries thereby resulting in the destabilization of these countries. Therefore, in any case, the deal of the century will prove to be a disaster for the region. There is no possibility that the deal of the century would restore peace in the region. On the contrary, it would fan the flames of violence in the region.

The writer is an Islamabad-based political analyst. Views expressed in this article are the author’s own and do not necessarily reflect the editorial policy of Global Village Space.

US to declare Iran’s Revolutionary Guards as terrorist group: WSJ