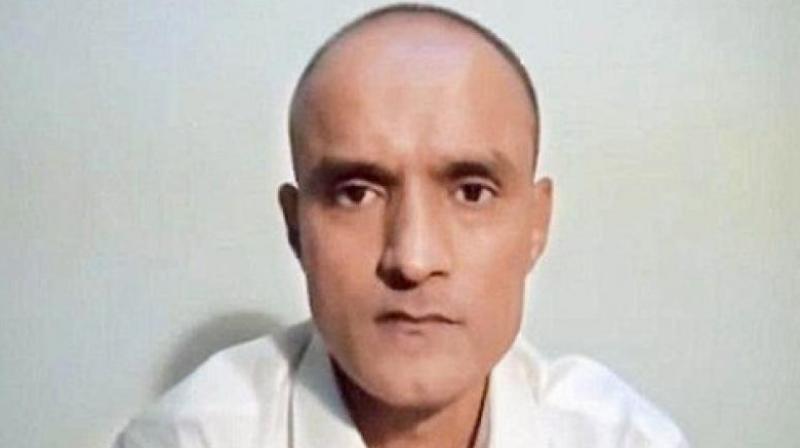 Diplomatic sources in Islamabad have said that India has positively responded to Pakistan’s offer regarding the self-confessed spy of the Research and Analysis Wing (R&AW) positively and made a few requests.

Last week, Pakistan offered India its allowance for Jadhav’s wife to come and meet him on humanitarian grounds as his fate hangs in the balance. Jadhav awaits a decision on his clemency appeal to the Army Chief, General Qamar Javed Bajwa. Also, both countries are set to fight the case out in The Hague.Pakistan contended that the offer was made in-line with “Islamic traditions and jurisprudence”.

No official response has been made public in India. However, the media came to know about the reply through a tweet by the Spokesman of the Pakistani Foreign Office, Muhammad Faisal.“Indian Reply to Pakistan’s Humanitarian offer for Commander Jadhav received and is being considered,” Dr. Faisal tweeted.

The details of the response have not been shared, however, sources say that India wants Jadhav’s mother to be allowed to meet him.Jadhav’s mother, Avantika had filed a visa application earlier but so far no decision has been taken.

Subsequently, after his confession of involvement in espionage and terrorist activities inside Pakistan, Jadhav was sentenced to death.

At a time when tensions between the two countries are on the rise, even an acceptance of the offer is unlikely to melt the ice as both countries will fight over Jadhav in the days to come, especially in the International Court of Justice(ICJ).

Jadhav, a navy-officer-turned R&AW operative was caught in the act in an Intelligence Based Operation (IBO) last year from Mashkel, Balochistan. Subsequently, after his confession of involvement in espionage and terrorist activities inside Pakistan, Jadhav was sentenced to death.

“The spy was tried through Field General Court Martial under the Pakistan Army Act and awarded the death sentence. Today, Chief of Army Staff Gen Qamar Javed Bajwa confirmed his death sentence awarded by FGCM,” the military’s media wing had said on April 10, 2017.

Read more:“Pakistan should take measures to ensure that Jadhav is not executed”,…

Jadhav’s episode gave a great boost to Pakistan’s long-held yet ignored narrative about Indian involvement in terrorist activities in Pakistan. Delhi vowed to leave no stone unturned to save their discredited former operative.

Both countries fought a legal battle in The Hague. Apparently, the decision of the International Court of Justice (ICJ) was warmly received in India. The court, on 18th May, while asserting its jurisdiction, stayed the execution. Pakistan should take all measures to ensure that Mr. Jadhav is not executed till the final decision of this court,” the court said.

The country can use him to add credibility to its narrative regarding India. Delhi has warned Pakistan of further trouble in bilateral ties if the execution is carried out.

The impending execution of Jadhav is likely to add to tensions between the two archrivals. The Pakistan Army, last month said it was close to reaching a decision on Jadhav’s mercy petition.

Read more:Khawaja Asif talks about Indian hand behind the attack on APS…

While there is widespread and wholeheartedly support throughout the country for carrying out the execution, some argue that Pakistan can get more out of a living Jadhav.The country can use him to add credibility to its narrative regarding India. Delhi has warned Pakistan of further trouble in bilateral ties if the execution is carried out.

It could be rightly argued that the order by Judge Ronny Abraham did something which Pakistan wanted: Internationalize the Indo-Pak dispute.

Watchers argue that the spirit of the interim order is that the ICJ has taken up the case for further proceedings; the stay is ad-hoc and applicable till the final verdict. They assert that If anything, Pakistan should be relieved because the case has brought multilateralism back into the equation in regards Indo-Pak ties.

It must be pointed out that India has time and again desisted involvement of international organizations in the resolution of disputes. It could be rightly argued that the order by Judge Ronny Abraham did something which Pakistan wanted: Internationalize the Indo-Pak dispute.

Both countries will lock horns at The Hague in a matter of months while the fate of Jadhav hangs in the balance.  India had furnished its representation on September 13th. Meanwhile, Pakistan has started preparing its response.

With incidents of violence haunting Balochistan once again, Pakistan could be expected to ramp-up the narrative at the ICJ as it feels India continues to subvert the China Pakistan Economic Corridor(CPEC).

There is growing consensus in Pakistan that Jadhav must be hanged; social media activists and common twitterati have desisted thoughts of not going ahead with the death sentence. However, experts and those who understand spy games are certain that even Jadhav’s execution will not end the age-old clandestine wars between the two countries.

Japan: bridging the gap between nonprofit mandate and resources through technology