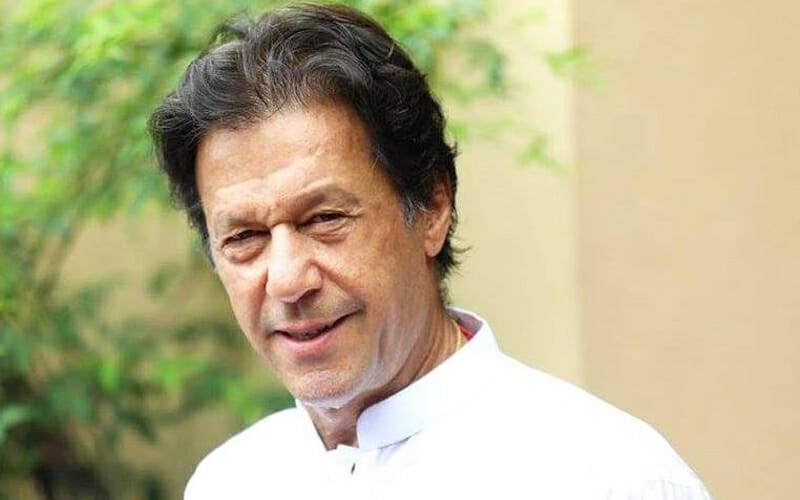 Pakistani prime minister-in waiting Imran Khan’s ability to chart his own course as well as his relationship with the country’s powerful military is likely to be tested the moment he walks into his new office. Pakistan’s most fundamental problems loom large and are likely to demand his immediate attention. He probably will have to turn to the International Monetary Fund (IMF) for a US$ 12 billion bailout to resolve Pakistan’s financial and economic crisis.

The request could muddy Mr. Khan’s already ambiguous relationship with China. The IMF is likely to reinforce Mr. Khan’s call for greater transparency regarding the terms and funding of projects related to the China Pakistan Economic Corridor (CPEC), a crown jewel of the People’s Republic’s Belt and Road initiative and at US$ 50 billion plus its single largest investment.

Moreover, Mr. Khan’s need for a bailout is likely to give him little choice but to crackdown on militant groups that have enjoyed tacit, if not overt, support of the military despite risking Pakistan being blacklisted by the Financial Action Task Force (FATF), an international anti-money laundering and terrorism finance watchdog.

Imran Khan minced no words when his exclusive interview was published in Guangming Daily two days before the elections. Khan asserted that the CPEC will receive wide support from all sectors of Pakistani society.

To be sure Mr. Khan could evade resorting to the IMF if China continues to bailout Pakistan as it has done in the past year with some US$5 billion in loans. Alternatively, Saudi Arabia could defer payments for oil that account for one third of its imports as it did in 1998 and again in 2008. Continued Chinese assistance or Saudi help would provide immediate relief but without a straightjacket forcing Pakistan to embark on painful reforms would do little to resolve the country’s structural problem.

An IMF straightjacket may, however, solve one Chinese dilemma: backing for the Pakistani military’s selective support for militants. China’s support was both in response to a request by the military as well as the fact that militants focussing on India and Kashmir granted Beijing useful leverage. China, nonetheless, has hinted several times in the past two years that it is increasingly uneasy about the policy.

It did so among others by not stopping FATF from putting Pakistan on a grey list with the threat of being blacklisted if it failed to agree and implement measures to counter money laundering and funding of militants. Chinese sensitivity about greater CPEC transparency was evident in Beijing’s attempts to stymie Mr. Khan’s criticism during the recent election campaign and when he was in opposition

Chinese pressure on Mr. Khan and his populist Pakistan Tehreek-e-Insaf (PTI),  or Movement for Justice, to tone down their criticism produced only limited results despite China’s expansion of CPEC’s master plan to include the prime minister-in waiting’s stronghold north-western province of Khyber Pakhtunkhwa. The move, however, did not stop PTI activists from continuing to portray CPEC as a modern-day equivalent of the British East India Company, which dominated the Indian subcontinent in the 19th century.

Pakistan’s most fundamental problems loom large and are likely to demand his immediate attention. He probably will have to turn to the International Monetary Fund (IMF) for a US$ 12 billion bailout to resolve Pakistan’s financial and economic crisis.

PTI denounced Chinese-funded mass transit projects in three cities in Punjab, the stronghold of the party’s main rival in the election, ousted prime minister Nawaz Sharif’s Pakistan Muslim League-Nawaz (PML-N) as squandering of funds that could have better been invested in social spending. PTI activists suggested that the projects had involved corrupt practices.

China last year rejected allegations by Awami National League leader Sheikh Ahmed Rashid, a Khan ally, of corruption in a Chinese-funded bus project in the city of Multan. Pakistani officials said PTI critics would likely get their way if the country agrees with the IMF on a bailout. “Once the IMF looks at CPEC, they are certain to ask if Pakistan can afford such a large expenditure given our present economic outlook,” the Financial Times quoted a Pakistani official as saying.

CPEC was but one of several issues that have troubled China’s attitude towards Mr. Khan, despite a post-election pledge to work with the prime minister-in waiting. China was unhappy that a five-month anti-government sit-in in Islamabad in 2014 forced President Xi Jinping to delay by a year a planned visit during which he had hoped to unveil a CPEC masterplan.

Pakistani security analyst and columnist Muhammed Amir Rana, just back from a visit to China, said China was also uneasy about Mr. Khan’s plan to tap the expertise of Pakistan’s highly educated US and European Diaspora, who could counter the PTI’s anti-US bent. CPEC, and particularly ownership of projects related to the corridor, is likely to be one indication of Pakistan’s relationship with China under a PTI government as well as the nature of Mr. Khan’s rapport with the military. The issue is sensitive given expectations that Chinese investment is pushing Pakistan into a debt trap.

The move, however, did not stop PTI activists from continuing to portray CPEC as a modern-day equivalent of the British East India Company, which dominated the Indian subcontinent in the 19th century.

Mr. Rana noted that the Sharif government had resisted a military push for the creation of a separate CPEC authority. The military and the Sharif government were also at odds over the establishment of a special security force to protect Chinese nationals and investments that have been repeatedly targeted in Pakistan. The Chinese communist party’s English-language organ, Global Times, was quick to declare victory in the Pakistani election. While mentioning past Chinese concerns, the Global Times pointed to the fact that Mr. Khan had unveiled a plan to adopt the ‘Chinese model’ to alleviate poverty.

Noting that China was the first country Mr. Khan mentioned in his first post-election speech, the Global Times gloated: “Despite a barrage of criticism he threw at Sharif’s handling of Chinese investments, Khan is not a sceptic of the projects themselves… Imran Khan minced no words when his exclusive interview was published in Guangming Daily two days before the elections. Khan asserted that the CPEC will receive wide support from all sectors of Pakistani society.

Imran Khan’s politico-economic views do not seem to be influenced by his Western education. He questions the practicality of capitalist economic policies. He is also a strong critic of US President Donald Trump, the US and US-led wars… Imran Khan’s plan is a clear pivot by Pakistan, away from the US orbit and further into the Chinese bloc… China has a friend in Imran Khan,” said a Global Times oped.