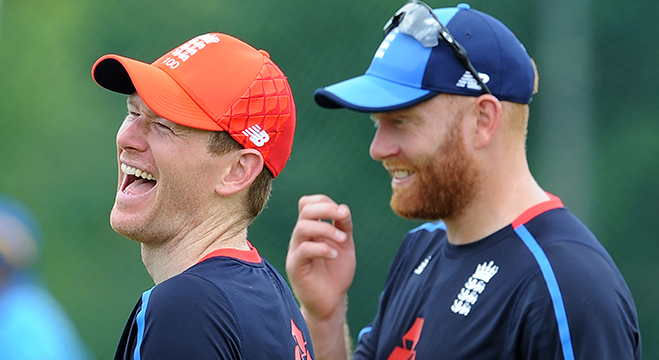 In-form England will look to maintain their one-day momentum ahead of next year’s World Cup when they take on a Sri Lanka side in disarray in the first of a five-match series at Dambulla on Wednesday.

But Sri Lanka is expected to prove much tougher opposition when a three-Test series begins next month, England’s first for 12 years without their retired opening rock Alastair Cook. The world’s number one ranked 50-over side, England is favorited despite a historically poor record on the island.

England beat India 2-1 in July to record their eighth consecutive bilateral ODI series win with just a loss in a one-off match against Scotland tarnishing their record over the past 18 months.

Against Australia at Trent Bridge in June, they notched up a 50-over world record score of 481 as Alex Hales blasted 147 and Jonny Bairstow 139. “We still have a long way to go,” England’s ODI captain Eoin Morgan said, with the World Cup just eight months away.

“It’s taken us three and a half years to get to where we are, but I think we’re getting to the most important part of what we’ve been planning towards.”

The hosts are still reeling from the axing of captain Angelo Mathews after a dismal run of 30 losses in their last 40 ODIs including defeats to Bangladesh and Afghanistan in last month’s Asia Cup.

Sri Lanka’s new captain Dinesh Chandimal missed the Asia Cup and the preceding ODI series against South Africa due to injury and suspension but struck 77 in a practice match against England in Colombo on Friday.

“I think they are the best all-around side in world cricket without a doubt, in any conditions.”

“We have been trying to figure out where we have got things wrong,” Chandimal said. “We have an idea now. We will let players adjust to the situations.”

The three Tests, starting in Galle on November 6, will likely be a severe Test for an England side captained by Joe Root who have been all-conquering at home but fragile abroad in the past few years.

Sri Lanka crushed the visiting South Africans 2-0 in July, and have been consistent over the past 18 months, winning away Test series against both Pakistan and Bangladesh.

The three-match series will end with a farewell to spin legend Rangana Herath, 40 the most successful left-arm bowler in Test history with 430 wickets who will retire after the final match in Colombo.

Monsoon rains appear may affect the series England’s final warm-up match on Saturday in Colombo was washed out.

Top-order batsman Joe Denly, who provides a useful leg-spin option was also named in the 16-man squad along with Warwickshire paceman Olly Stone.

“It’s going to be a tough series for Sri Lanka against an England side who I think will be well adapted to any conditions we play them under,” former prolific batsman Sangakkara said.

“We still have a long way to go,” England’s ODI captain Eoin Morgan said, with the World Cup just eight months away.

Monsoon rains appear may affect the series England’s final warm-up match on Saturday in Colombo was washed out.