With the brewing disagreements between the elected Ashraf Ghani Govt and Opposition leaders on one hand and the refusal of Talebans to engage politically with the elected Govt on the other; the durability of the recently finalized US-Taleban peace deal is geatly put up into question. The role of regional countries in this context is of great significance. 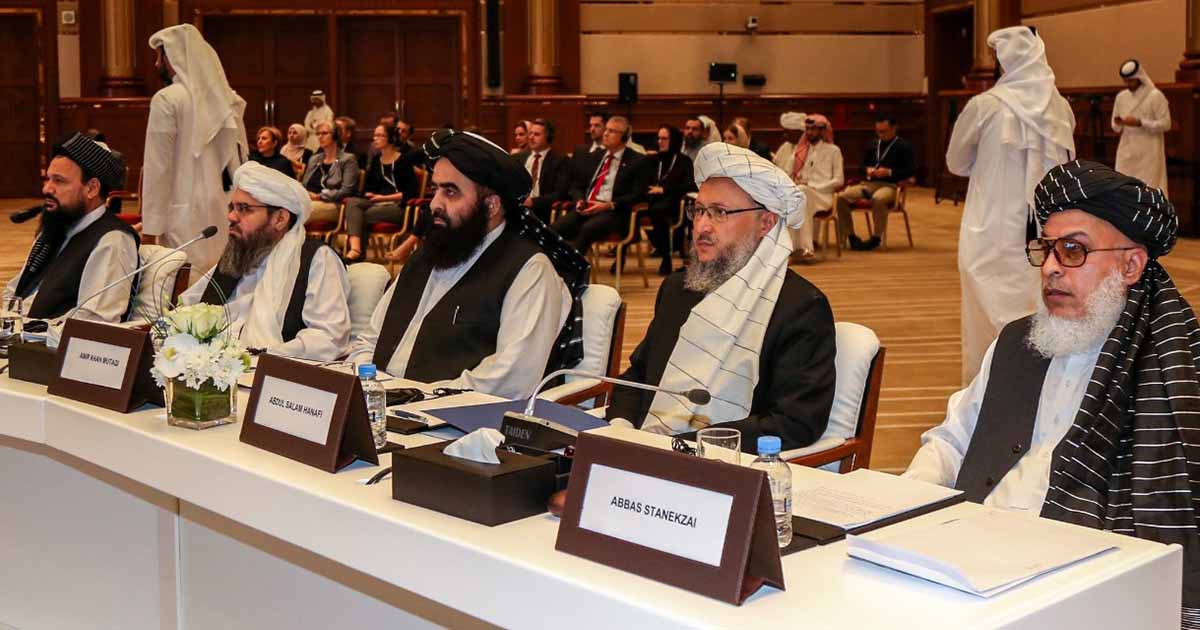 Wars deliver human suffrage and stigmatize the noble man with the barren clots of barbarism but strangely these having exhausted their fuel of death and destruction end up in talks, the chief attribute of the man.

After 18 years of deadly US-Afghan war wreckage, where Afghanistan hemorrhaged intensely, rays of peace and tranquility are finally breaking out for the resilient Afghans.

Trust deficit stands as another proactive challenge to this peace Deal. The Taliban apprehensions on their cohesive, fair and indiscriminate treatment and longevity in post Deal Afghanistan stir up the sense

There are many faces within the peace deal who would be vividly responsible for the peaceful post US Afghanistan and the role-play of various partners in and around this Deal will be critical.

Beginning from home, the political sustainability statistics are shaky in the fall out of the September Presidential Polls which have caused the parting of ways between Abdullah-Dostum and Ghani groups as they recede into political dissent over the poll results where Ghani has taken over Abdullah Abdullah by a hair breadth majority which on the reversal is refuted by Abdullah Abdullah and scandalized toPresidential Polls and political corruption.

This dissent comes at a time when peace is knocking at the Afghan state-door which poses serious threats to meeting out such an arduous series of intra Afghan management of the Deal.

Trust deficit stands as another proactive challenge to this peace Deal. The Taliban apprehensions on their cohesive, fair and indiscriminate treatment and longevity in post Deal Afghanistan stir up the sense.

They would require strong assurances and guarantees from the people from across the table in the likes of Ghani, Dostum and Abdullah Abdullah.

Simultaneously, the Afghan side, who personify Taliban as Pakistan, also would demand trust building measures in the likes that Islamabad cuts off its so called strategic supply lines to Afghanistan expended through Taliban at the same time Afghan government have to settle down with the fact that Pakistan and not India is the immediate neighbor of Afghanistan.

The strategic trust deficit widened by the erstwhile Indian interference is required to be cured though efficacious trust ensuring pills.

The Indian significance in the Afghan peace deal is not of any strategic worth as India was fixedly granted a position in Afghanistan by the USA chiefly out of two reasons.

First, by the US breakaway with Pakistan on accounts of good intentions and fair play and secondly because of the Iran factor. If it were not for these twin reasons, India could have never had any say in the Afghan politics as it did.

The US stubbornness seems to have yielded to Pakistan’s apprehension of Indian presence in such strategic proximity and the former has divorced India of the Afghan equation. However, USA is reluctant to assign any role to Iran in Afghanistan affairs should or not the US make an exit of Afghanistan.

At the same time, the importance of Iran being an immediate neighbor to Afghanistan and the regional geopolitics of Iran do associate Iran with strategic advantage in affecting the Afghan peace process ahead.

The Iran-US animosity in the Middle East strife further impedes any Iranian strategic buoyancy in Afghan episode, but for the long term peace to hold in Afghanistan demands Iran’s share of the Afghan affair and it seems the inclusion of Iran would have to be ultimately included in the deal overtly or covertly as US withdraws.

Pakistan has good relations with Iran but when it comes to Afghanistan, their positions differ which are the results of divided approaches of the twin countries as regards their interests in Afghanistan.

For Pakistan, this is a novel opportunity to get off the loads of past and start afresh. The miseries born by Pakistan out of the Afghan episode are numerous and Pakistan must give a sincerely diehard effort in making this deal a success.

The long-term peace in Afghanistan is possible through honoring the sovereignty of the Afghan state by all the countries of the world and especially by its immediate neighbors.