Perhaps the differences of cultures, races, ethnicities and geographies over a vast Islamic footprint may seem divisional, but they actually are the very source of its richness, the writer opines. 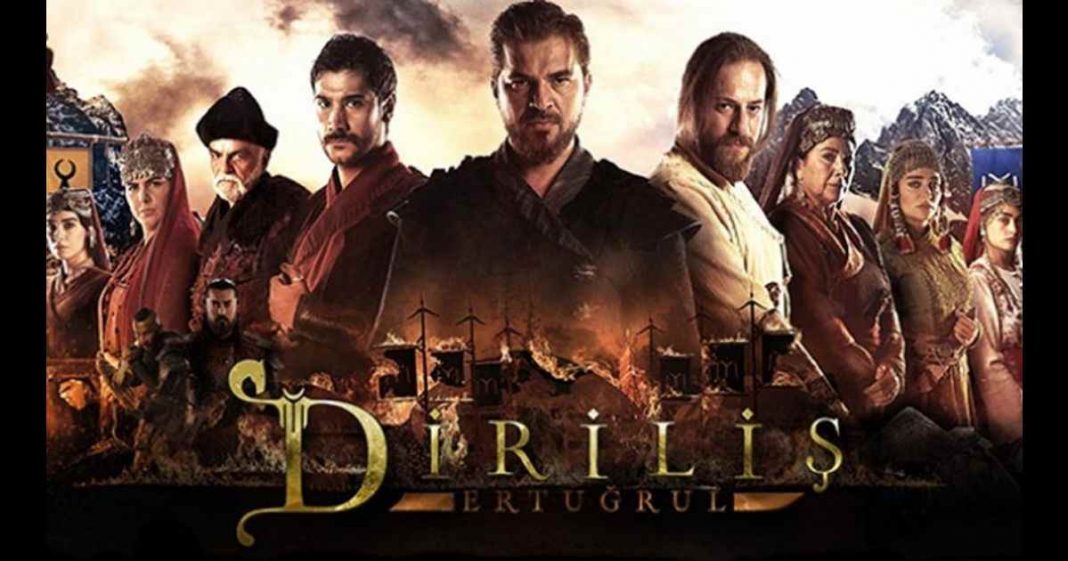 I have scant appetite for long serials so aside from the occasional Pakistani drama that my wife mandates and I must endure, have not watched many. Ertugrul Gazi is an exception though. It kicked up a storm in Pakistan that’s hard to ignore, even for us living ten thousand kilometres away, so I sat through a few episodes, which were actually very good. However, what I find particularly entertaining are public comments on issues of interest, and the ones on this serial didn’t disappoint.

Sitting away from Pakistan and not visiting frequently enough, public comments are my little peephole into Pakistan. It is an admittedly narrow, myopic view, but it gives me an unvarnished sense of what Pakistanis think, particularly Pakistani youth, which I assume are the majority on social media.

These commentaries usually fall neatly into the good, the bad, and the ugly. Aside from the last one which predominantly is curse-laden tirades and holds absolutely no value at all, the other two invariably provide food for thought, and I find browsing through them fairly rewarding.

Engin Altan Düzyatan, the acclaimed Turkish actor, who plays the lead role of #ErtugrulGhazi in the epic #ErtugrulUrduPTV has thanked the people of #Pakistan, for breaking all viewership records on YouTube & for the unprecedented response of @DirilisDizisi @eadksk pic.twitter.com/s4jMAwSydJ— PTV Home (@PTVHomeOfficial) May 18, 2020

In this particular instance, I found the debate between whether Ertugrul Gazi was an unwelcome Turkish cultural invasion or something worthy of emulation, very interesting. Some of the comments were actually illuminating enough to broaden my perspective and change my point of view.

I have always been a bit dismayed at our porosity and pliability when it comes to absorbing outside cultural influences. Our clergy pioneered the slow morph into quasi Arabs or Iranians, and most of the devout followed suit, if not so much in manner of dressing, then certainly in speech. Our “eyn” have become more guttural, the “ha” has dropped deeper down into the thorax than residing somewhere in the larynx, and Wazu, Nimaz, Jannat, Ramzan have become Wudhu, Salah, Jennah, Ramadan. Ever since Khuda hafiz transformed into Allah hafiz, I dread the thought of our national anthem changing to “saaya e Allah e zuljalaal”.

I also instinctively scoffed at such cultural misappropriations, probably because I saw them as a sign of weakness. Why is it, I often lamented, that we soak up other cultures, but ours doesn’t get reciprocally absorbed; why is it that we are proud of the Alhambra in Andalucía but the Arabs never bother to own the Taj Mahal as their achievement; and why is it that the Egyptians can look back beyond their current Islamic identity and own the Pharaohs, but we cannot wholeheartedly embrace the Gandhara civilization.

But then it occurred to me that such cultural infusions have always been a hallmark of history. In this rapidly shrinking world, we are all a walking buffet of cultural influences. I, a Pashtun at the core, with a mantle of Pakistani identity on top, wrapped in a cloak of western mannerism, am a Bento box myself.
Read more: Turkish drama Ertugrul criticised for all the wrong reasons

Cultural intermingling is not a newfound reality

I also realized that our sub-continental culture has influenced others more than I readily conceded. After all, curry has become the de-facto national dish of Britain, the cummerbund on formal tuxedos is a direct influence of our culture, and too many to list Urdu words are part of multiple languages. All of a sudden, the absence of Arab pride in the Taj Mahal seemed like their short-sightedness, rather than our overreach.

One commentator shed some light on the concept of pan-Islamism, which sheepishly admitting to my biases, makes it much more palatable for me than the word Ummah. He explained how Islam’s inclusive doctrine is an open invitation to partake in collective achievements, something that I would usually get pretty riled up about.

I have been doing a lot of recalibration of my thoughts and beliefs following this brief exposure to Ertugrul Gazi, and from a purely personal perspective, that makes it an exceptionally influential piece of art for me. I am sure I am not alone in thinking that way, and if that is so, the enormous impact it has had in Pakistan seems very understandable and well deserved.
Read more: Ertugrul’s Pakistan reception: A manifestation of hypocrisy?

Perhaps the differences of cultures, races, ethnicities and geographies over a vast Islamic footprint may seem divisional, but they actually are the very source of its richness; much like a whistle only plays one shrill note, but a flute with its myriad holes, separated by distance and location, is the source of its melody.

I feel a newfound comfort and understanding of the intrusion of multiple fellow cultures into our own. Ramzan or Ramadan, the spirit is identical, and Wazu or Wudhu, the ritual is the same. As the saying goes, I say Tomayto, you say Tomato, both make the same Ketchup.
Waseem Syed, is a Canadian of Pakistani origin. He has had a long career in international development, working around the world for the United Nations and global NGOs for more than twenty years. The views expressed in this article are the author’s own and do not necessarily reflect the editorial policy of Global Village Space.