The ongoing summit between the EU and China has seen the former threaten the latter with 'very negative consequences' if it moves ahead with enforcing the new security law in Hong Kong. Meanwhile, the Chinese made light of these threats, imposing upon all that Hong Kong is a domestic issue. 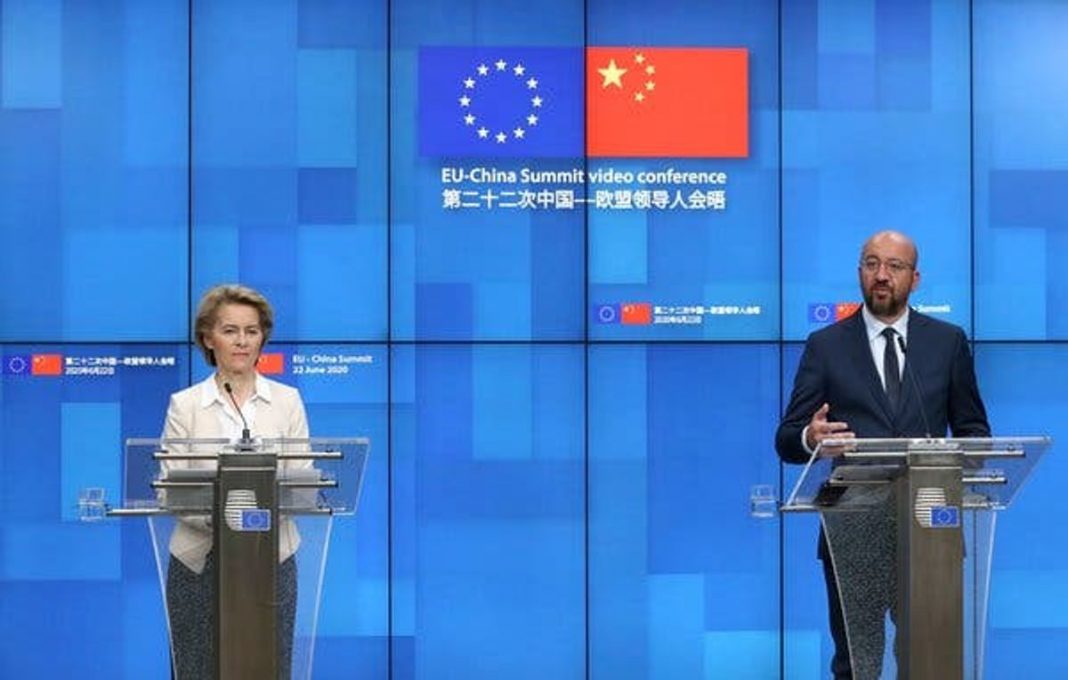 The EU threatens China that it would face “very negative consequences” if it presses ahead with a new security law for Hong Kong, stepping up pressure on Beijing over the controversial legislation.

The stern message, delivered during a video summit on Monday with Chinese President Xi Jinping and Premier Li Keqiang, adds to a chorus of international concern over Hong Kong, though Beijing has shown no sign of backing down on a law it says is necessary to maintain order.

“We expressed our grave concerns about the proposed national security law for Hong Kong,” Michel told reporters after the talks.

“We called on China to follow the promises made to the people of Hong Kong and the international community regarding Hong Kong’s high degree of autonomy and guaranteed freedoms.”

Top EU officials struck a tough tone during talks, pressing China on its trade and investment relationship and warning of "very negative consequences" if it goes ahead with a proposed controversial security law for Hong Kong.https://t.co/17sGf3PSUU— DW News (@dwnews) June 22, 2020

Foreign ministers from the G7 group of industrialised nations last week urged Beijing to reconsider the proposed law, which has raised concerns it will end Hong Kong’s relative freedoms and open the door to the kind of repression seen in mainland China.

Echoing the language of the G7 statement, von der Leyen said they had made it clear to the Chinese that the EU believes the imposition of the national security law breaches Beijing’s international commitments.

In response to the EU comments, China’s foreign ministry said Tuesday that matters relating to Hong Kong were a “domestic affair”.

“We oppose any foreign interference in this matter,” ministry spokesman Wang Lutong told reporters at a briefing, saying that Chinese leaders had “expressed our position” at the video summit.

A report of the summit by China’s state news agency Xinhua made no mention of Hong Kong but said Xi had stressed his country wanted “peace without hegemony”.

“The national security law risks seriously undermining the ‘one country, two systems’ principle and Hong Kong’s high degree of autonomy, which we wish to see stay in place.”

Von der Leyen said she had warned the Chinese leaders that Hong Kong owes its economic success to its relative autonomy from Beijing.

“So we also conveyed that China risks very negative consequences if it goes forward with imposing this law,” she said.

Under the “One Country, Two Systems” agreement made before Britain handed the territory back to China in 1997, Beijing agreed to let Hong Kong maintain certain liberties until 2047 — including legislative and judicial independence and freedom of speech.

But after a year of huge and often violent rallies that have morphed into a popular call for democracy and police accountability, Beijing says the new law is needed to end unrest and restore stability.

China and the EU both profess to want to strengthen ties, but the relationship is tangled in a thicket of disagreements on topics ranging from trade and investment rules to human rights and national security.

And Monday’s talks came against a backdrop of rising tensions and increasing mistrust between Brussels and Beijing.

The EU has been angered by what it says is a significant Chinese campaign of disinformation around the coronavirus pandemic, which originated in China.

“We have seen cyber attacks on hospitals and dedicated computing centres. Likewise we’ve seen a rise on online disinformation, and we pointed out clearly that this cannot be tolerated,” von der Leyen said, in a statement which echoed that of the Australian Prime Minister, who alluded to Chinese cyberattacks on sensitive Australian installations.

The EU has in recent months sought to tread a delicate path with China, characterising it as a “systemic rival” and competitor but also as a partner on some issues.

But Monday’s statements were sharper and more critical in tone.

Up to now the EU’s efforts to stand up to Xi’s increasingly assertive China have been stymied by a lack of unity among its 27 member states, many of which have been courted assiduously by the Asian giant.

There is particular concern about Chinese companies swooping in to buy European companies weakened by the coronavirus-triggered recession.

According to Xinhua, Xi said the economies of China and Europe should become a “dual engine of the world economy” to promote recovery after the pandemic.

After the summit, von der Leyen said there needed to be “more ambition” from the Chinese side to conclude a stalled investment agreement.

China accuses west of ‘barefaced lies’ over its handling of coronavirus

Russia & China: Closer than ever before