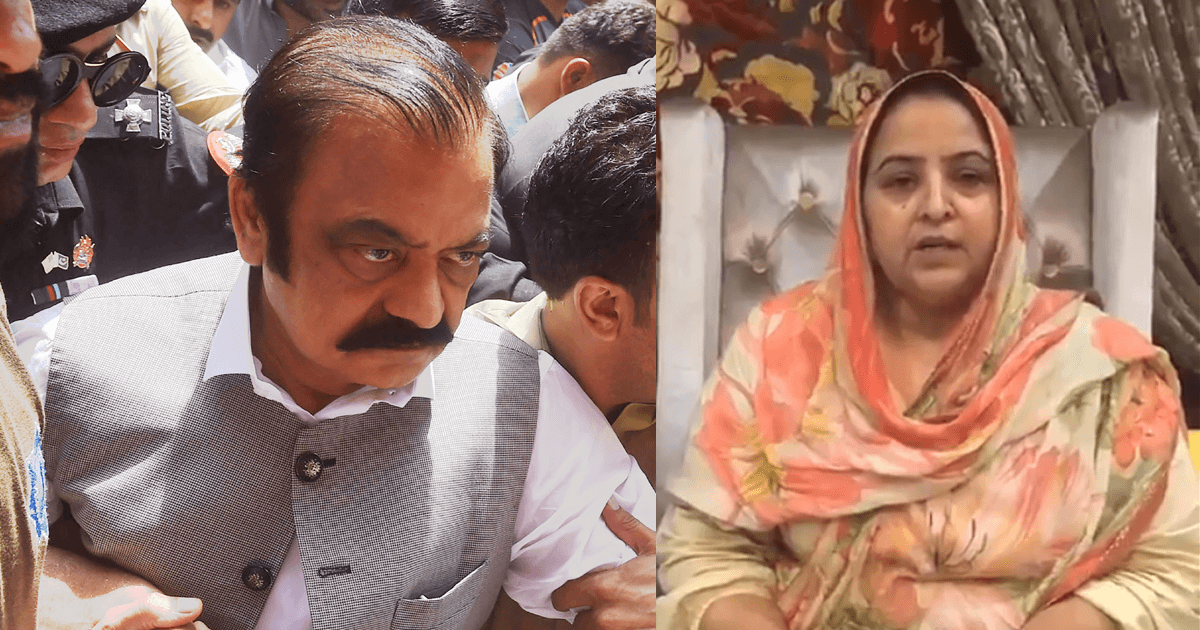 A fake video of Rana Sanaullah is being produced to be presented as evidence in court in the ongoing narcotics case, his wife has alleged in a new video statement.

In the video released on social media along with the hashtag #FreeRanaSana, wife of the arrested leader claimed that she had been informed of the plan by a phone call but did not identify the caller. She claimed that the cars and other items that Rana Sanaullah was arrested with had been moved by the ANF.

Then a duplicate with great resemblance to Rana Sanaullah had been brought in from a TV channel and a video had been staged at the area of Rana Sanaullah’s arrest near motorway. She claimed the recording would be presented in court as evidence to convict Rana Sanaullah of Narcotics possession.

“I have faith in God that this lie will come back to hurt them”, she said in the video.

Rana Sanaullah, who is the Punjab President of the Pakistan Muslim League Nawaz (PMLN) was arrested by the Anti Narcotics Force (ANF) on July 1 from the Motorway, as he made his way from Lahore to Faisalabad. The arrest took place in a raid near the Sukheke area. The ANF claimed that a large amount of heroine was found and confiscated from Rana Sanaullah’s personal vehicle.

The arrest had been called political victimization by political leaders including Maryam Nawaz and Bilawal Bhutto Zardari.

However, video evidence of the Rana Sanaullah being caught red handed with the drugs has still not been released. Some critics have said that the long absence of video proof has raised doubts whether the raid was caught on camera at all.

Recently, PMLN Senators in the Senate Committee on Narcotics Control claimed that the drugs had been planted in Rana Sanaullah’s car in order to frame him. The drugs seized reportedly amount to over 15 kgs.

The DG ANF had replied that the honorable Senators should refrain from making such assumptions as the case was already being heard in court and evidence would be presented in due course of trial.

Thousands of women to commit suicide if ‘Padmaavat’ is released