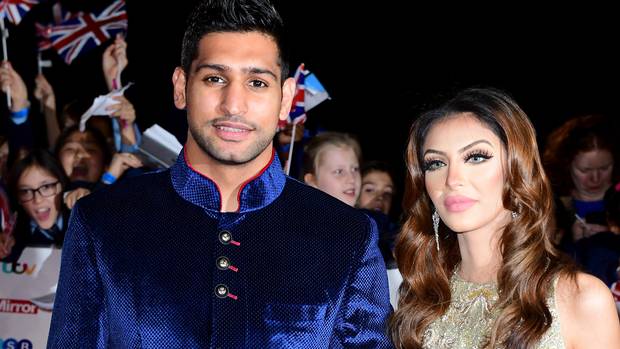 The UK newspaper, the Mirror, reported that a single mum named Sophie who claims to have been approached by boxer Amir Khan made these shocking revelations.

She also mentioned that Amir Khan exchanged numbers with her in a car parking of the hotel and soon after he started hitting on her.

Sophie also reported that boxer passed callous remarks regarding his ex-wife Faryal Makhdoom. The boxer said, that she was good-looking until she started following Kylie Jenner and started undergoing plastic surgery to change her looks. According to Sophie, Amir also said that no man would like his ex-wife in his life.

The couple went through a raw split after the exchange of explosive tweets in the recent months. Where Amir alleged his wife of cheating him along with the fellow boxer Anthony Joshua, Faryal too leveled the charges of cheating on Amir Khan despite being married to her.

Faryal announced her pregnancy soon after Amir officially decided to part ways with her. She also apologized for her comments about his family, in a bid to reconcile with her husband to save her failing marriage.

Faryal made a public apology to Amir and explained that she does not want their daughter Lamaisah and their unborn child to be raised under the shadows of the broken family.

People were hopeful that the celeb couple would be together once again but all the hopes were dashed when Amir turned down her reconciliation offer. Amir Khan is still standing by his decision to divorce Faryal Makhdoom.

Boxer, however, assured that he will always be there for his children. The couple is in the process of divorce, however, the decision regarding the custody of children is yet to be made.

On the other hand, Faryal Makhdoom has hinted to her fans and followers that she is feeling “broken” after her divorce.

She shared a quote on her Instagram account that signaled the model is missing her ex-husband and Boxer Amir Khan.

Whereas Amir Khan too, is facing a slump in his career. He was bashed by Trainer Dave Coldwell for self-destroying his career due to his prolonged period of inactivity.

Read more: Posters of “Tiger Zinda Hai” are out!

He also said that Khan will be facing huge troubles in booking big fights in future which he believes the boxer is capable of.

Amir Khan’s downfall in the career perhaps seems to be the undesirable outcomes of the emotional setback faced in his turbulent married life.

Reham accuses Imran Khan of ‘cheating’ during their marriage

Priyanka admits she was in a ‘committed relationship’ in America