PM Narendra Modi’s government with its fascist Hindutva Supremacist RSS-driven ideology continues its war crimes in IOJK, tells PM Khan to the international community. Will the world adhere to what is going on in India and occupied Kashmir? 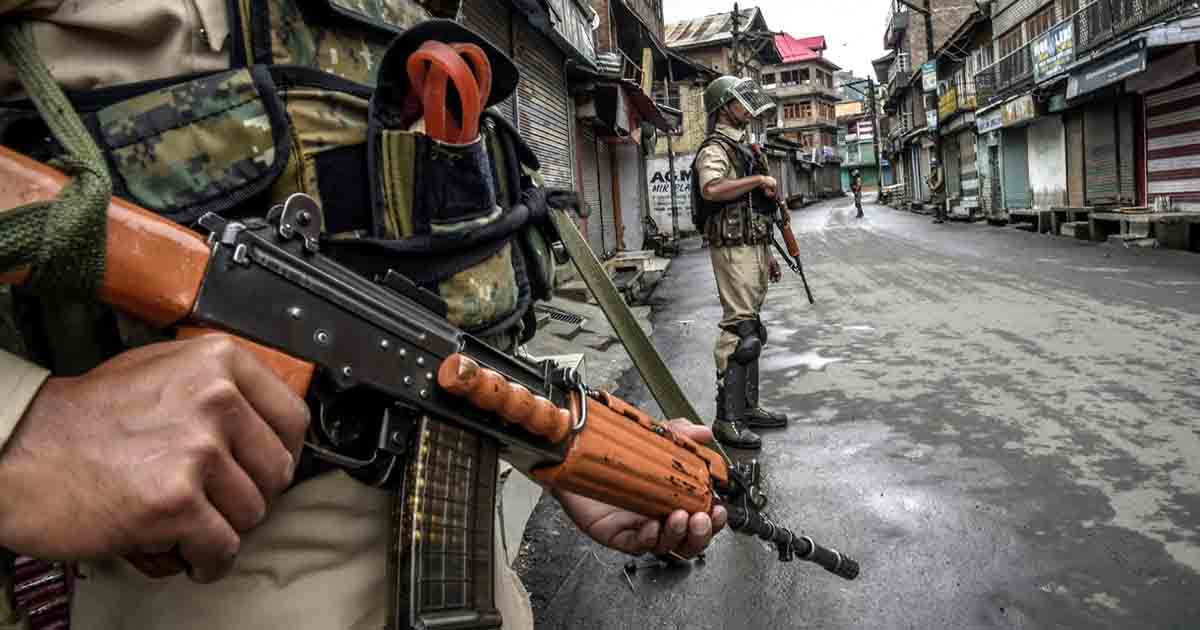 Prime Minister (PM) Imran Khan has urged the international community to take notice of the rights violations in the Indian occupied Kashmir (IoK). The fascist Indian regime is using all tactics to silence the voice of Kashmiris. The premier shared a report, Present is Dead and Future is Crying—This is Indian Kashmir through Lenses of photojournalist, by DND, an international award-winning news agency.

While sharing a photograph, the report reads “Sometimes click does not need words to explain whose father’s lifeless dead body is lying on bed and whose son is weeping and crying over. Both are Kashmiris and both are victims of genocide going on inside Indian Occupied Kashmir which is the most militarized region in the world. One is Present and second is Future of Kashmir. ”

“Under the cover of coronavirus, the Modi govt with its fascist Hindutva Supremacist RSS-driven ideology continues its war crimes in IoK as it violates the Fourth Geneva Convention by continuing its genocide of Kashmiris”, PM Imran Khan said in his tweet.

Under cover of COVID19 global pandemic, the Modi Govt with its fascist Hindutva Supremacist RSS-driven ideology continues its war crimes in IOJK as it violates the Fourth Geneva Convention by continuing its genocide of Kashmiris: & by attempting to change https://t.co/ezFAQBhE7I

The demography in Occupied Jammu & Kashmir is a territory recognized as disputed by the United Nations, the PM said and stressed upon the international community to realize its responsibility and take notice of action against these war crimes by India in violations of 4th Geneva Convention & int humanitarian laws.

Read More: Sanctions be imposed on Indian government: US Commission

It is to be mentioned here that the Indian troops in their fresh act of state terrorism martyred two more Kashmiri youth in the Indian-occupied Kashmir on Wednesday. the fascist Indian regime under the leadership of PM Modi is making all efforts to completely silence Kashmiris in the times of COVID-19, argue analysts.

According to Kashmir Media Service, the Indian occupation forces had martyred the youth during a cordon and search operation at Melhora in Zainapora area of Shopian district.

Every now and then, PM Khan tries to bring the worsening situation of the region to the world’s attention. Recently, the premier underscored that the real ideology of India’s ruling party, the Bharatiya Janata Party (BJP), was that of the RSS.

Elaborating on the RSS ideology, PM Imran said it was centered on hatred for Muslims. “The founding fathers of the RSS believed in fascist, racist ideologies and killed Mahatma Gandhi after independence. After seeing this ideology, Quaid-e-Azam took part in the Pakistan movement,” the PM said, adding that it was the RSS ideology that ruled over India now. Hence, he termed it a fascist Indian regime.

Recently, while addressing a conference in Islamabad PM Khan said that “India is committing atrocities against the people of Kashmir to make them submit to its illegal acts in Occupied Kashmir”. The premier further stated that millions of people have been under siege in Occupied Kashmir for over one hundred days.

PM Modi before his election focused on economic development and re-imagination of Hinduism. Previously, India was theoretically a secular multi-nation state but Modi’s induction to power exposed ground realities of Indian society by turning it into a fascist Indian regime.

Now political analysts are convinced that it might be a democracy on paper but the reality is totally different and largely disappointing. Anish Kapoor, a sculptor, wrote an insightful piece back in 2015 when Modi was first elected to power. He maintained that the social cohesion of India would soon be challenged since there was going to be a Hindu Nation with an imaginative glorious past.

Identity politics by BJP will unfortunately help Modi to divert attention of public from his economic failures.
Also my first newspaper analysis.https://t.co/SQo6LN6qtj

A senior leader of Peoples’ Democratic Party (PDP), Muzaffar Hussain, last year expressed his anger and warned Indian leadership of one more partition if atrocities against Muslims are not halted.

“I want to tell Prime Minister Narendra Modi that he should put an end to the killing of Muslims in the name of cow slaughter. This country has once been partitioned into two, and there can be more partitions if killings of Muslims are not stopped immediately,” Mr. Hussain stated.

Read More: Modi’s India is no more white & green; it is all saffron

Markandey Katju, a former Indian Judge, has recently stated that Indian democracy is under threat not because of Muslims or Pakistan but solely because of the sitting Indian Prime Minister who is transforming secular India into an extremist Hindu state.

The BJP is, if anything, a revivalist Hindu nationalist party following a fascist political ideology to implement a religiously dominated idea of Hindu culture. “The country’s openness to social and religious minorities (more than 500 million people) and regional differences is at serious risk.

Of late, Modi’s regime has effectively tolerated – if not encouraged – a saffron-clad army of Hindu activists who monitor and violently discipline those suspected of eating beef, disobeying caste rules or betraying the “Hindu nation”, wrote Kapoor.

Read More: Is India losing friends due to anti-Muslim policies?

It is yet to be seen how the world and international civil society react to the rise of religious extremism and gross violation of human rights taking place in India. Sir Anish Kapoor fairly urged the liberals living outside India that “In Britain, we have a responsibility to speak out against it.”

Previous articleCOVID-19: Question of survivability of 1.4 billion Indians with no exit strategy
Next articleTigertail: Of love and pain in the lives of immigrants

17 September 2021
Previous articleCOVID-19: Question of survivability of 1.4 billion Indians with no exit strategy
Next articleTigertail: Of love and pain in the lives of immigrants

Killing people in the name of meat-politics in India?

I can’t sit with Murderers of Kashmiris: FM Qureshi fights for Kashmir Internationally

World Cries For Referendum In Kashmir Yet India Stays Oblivious

Is India moving towards a civil war?